Hot on the heels of the Cheltenham Festival follows another huge spring festival in the form of Aintree and of course featuring the 174th running of the Grand National.

Cheltenham form is obviously key when evaluating the races on Merseyside although it is best served in some races more than others, so that is one thing to bear in mind. Anyway, here’s hoping we can get off to a flyer on day one, and win, lose or draw, can settle down and watch the US Masters in the evening.

Some of the key statistics for this race are horses that ran at Cheltenham do well here, but no last time out winner has ever won this contest which is surprising. Those two trends point to WAR LORD who appears to have outstanding claims anyway. 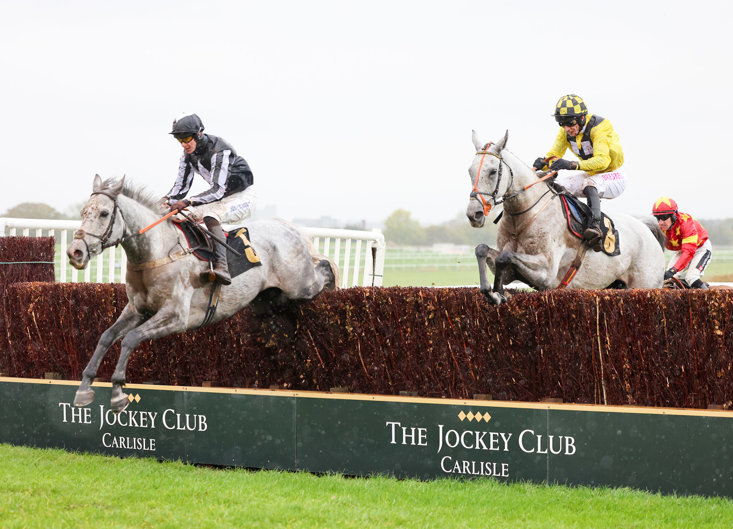 Having won three of his five chase starts, his defeats came behind Edwardstone in Grade 1 company at Sandown and in the Arkle last time. He ran on eye-catchingly three weeks ago to take fourth and has won over this trip previously. In fact, he ran ok in a handicap hurdle over it at last year’s Aintree festival. He is certainly a better chaser and Colin Tizzard won this race with the ill-fated Finian’s Oscar in 2018.

I also like Erne River who has risen up the ranks of late in handicaps and novice company, winning easily against some nice types on his last four starts. This is obviously another step up, but I expect this lightly raced 7yo to run well for the small yard of Nick Kent and could be the danger.

Paul Nicolls has to be respected and he saddles Kempton winners Pic D’Orhy here, but he has had an in and out season, while Gin On Lime hasn’t been seen since that dramatic match at Cheltenham with My Drogo in November and represents top connections.

Ireland have only won three of the last 26 renewals of this contest, but two of those have come in the last seven running and they haven’t had many representatives, although a slightly worrying stat is of the four Fred Winter winners to run, they have all been beaten.

However, BRAZIL’s win at Cheltenham was remarkable in the sense that he lost at least five lengths when hampered by a loose horse passing the stands and was bustled up by Mark Walsh to maintain a prominent position and he wore down the well touted Gaelic Warrior with a surge up the hill. It was a strong performance and another big step forward from his previous easy win at Naas. He is a full brother to a St Leger winner so has the pedigree and he can land the hat-trick here at the expense of Pied Piper having had an extra couple of days recovery time. 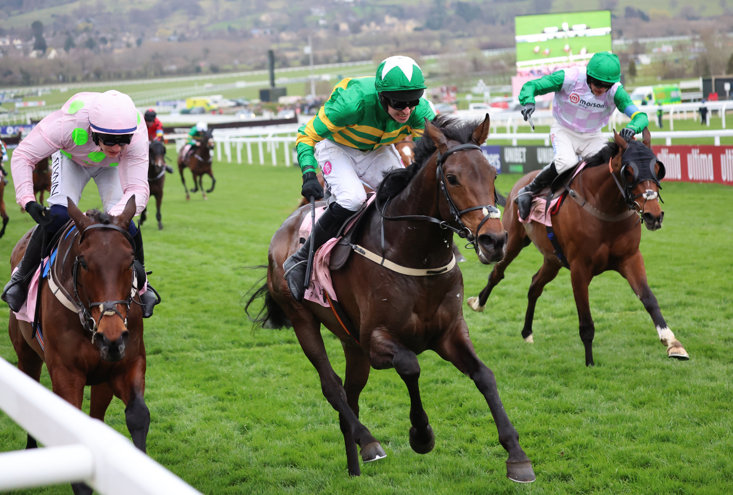 Pied Piper burst onto the scene with an impressive win at Cheltenham on Trials Day having beat subsequent Triumph Hurdle winner Vauban on debut. Willie Mullins’ juvenile gained his revenge three weeks ago, but it was still a good run by Pied Piper to be beaten less than three lengths. While clearly talented, BRAZIL may just have a better turn of foot plus Gordon Elliott’s stable form is a factor, with just one winner in the last fortnight and a few short priced favourites turned over.

Best of the British looks to be unknown quantity Petit Tonerre for Jonjo O’Neill. He beat just two rivals at Market Rasen despite an error at the last but is unbeaten and doesn’t have much to find on the ratings.

Protektorat ran a blinder to be third in the Cheltenham Gold Cup and arrives here to preserve his unbeaten record at Aintree which included a win at last year's festival plus a rout in the Many Clouds Chase in December. There is no doubt he had a tough race at Cheltenham though and is only 7yo.

This is Clan Des Obeaux’s Gold Cup. He is a dual King George winner who was booked for third in this year's renewal until a late casualty saw him take the runners-up spot. Although he bounced back from a Newbury defeat to bolt up in this race last year, he was well beaten in the Denman Chase this season which is a concern. Paul Nicholls, who has such a good record in the race, reaches for the blinkers at the age of ten which raises a small alarm bell.

Conflated burst onto the scene when a surprise winner of the Irish Gold Cup and was in the hunt for second behind Allaho when falling late in the Ryanair Chase but hails from the Gordon Elliott yard who just have a few questions to answer presently. He goes for Ireland as does KEMBOY who is the tentative selection for Willie Mullins, who is bringing a small but select team over the Irish Sea. 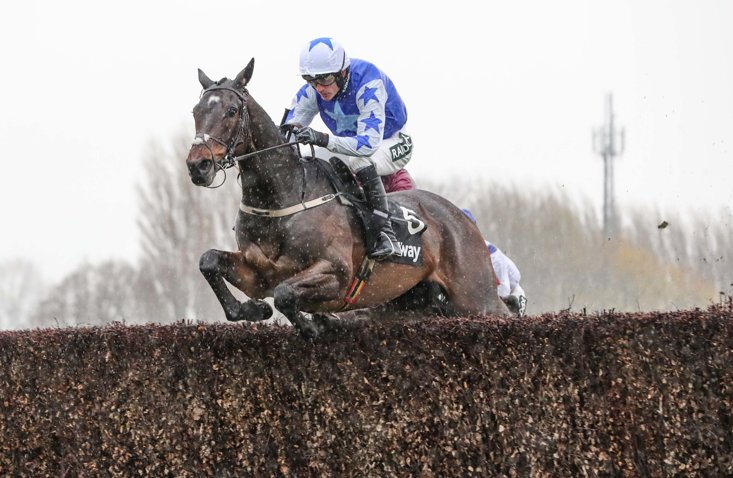 KEMBOY had nine lengths to spare over Clan Des Obeaux in the 2019 renewal of this race and unless pressed by Bristol De Mai, he should get an uncontested lead which is so important to him. Although yet to win this campaign, two and a half miles would have been too short on debut when held up and he had to settle behind Frodon in the early exchanges last time out. A repeat of his Savills third to Galvin and A Plus Tard, beaten less than a length, would be good enough here.

The fourth and final Grade 1 contest in a row of the afternoon and I am having a small play on GLORY AND FORTUNE to spring a surprise.

Firstly, I will just run the rule over the market leaders.

Epatante obviously has clear claims in receipt of weight and would have got closer to Honeysuckle in the Champion Hurdle without a mistake at the last. However, Nicky Henderson said a couple of weeks ago she is all speed and she may not want the two and half mile trip, which raises a doubt.

Zanahiyr looks likely to relish the step up in trip when staying on into third behind Epatante at Cheltenham. He is only 5yo and is clearly talented if not quite quick enough to match it with the top two milers. This trip looks ideal but has only won one of his last seven starts and is another to hail from the Elliott camp.

Brewin’Upastorm has had this as his target all year and has a good course record, having won here in November and second in the novice race over this trip in 2019. He was only fifth in this race last year though and this looks a stronger renewal, plus he has yet to win at the top level.

Monmiral has plenty to prove for Paul Nicholls, so I came down on GLORY AND FORTUNE who looks worth another crack at this trip. He started his season with victory in the Welsh Champion Hurdle and after chasing home Epatante at Kempton on Boxing Day, battled on gamely to win the Betfair Hurdle at Newbury. He proved that was no fluke when finishing better than most up the hill to be fifth in the Champion Hurdle and although he has work to do with Epatante and Zanahiyr, he is available at around 12/1 and is worth a bet each-way with any firms offering three places.

The first race of the week over the ‘bigger’ fences is the Foxhunters’.

Jett will be popular as a former Grade 1 chaser who has completed over this course twice before and is ridden by Sam Waley-Cohen who has won this race three times and has a total of six victories and four runners-up efforts over the spruce obstacles.

Cat Tiger was well held at Cheltenham but was fifth in the Topham in November over this trip and looks to better his third placed effort in this race last year behind Cousin Pascal.

Preference is for LATENIGHTPASS ridden by the most successful lady point-to-point rider, Gina Andrews. LATENIGHTPASS was second here twelve months ago when in front late on but just ran out of it. He should have won all three starts since, between the flags, but came to grief when clear in January but warmed up for this with an emphatic success over four weeks ago. 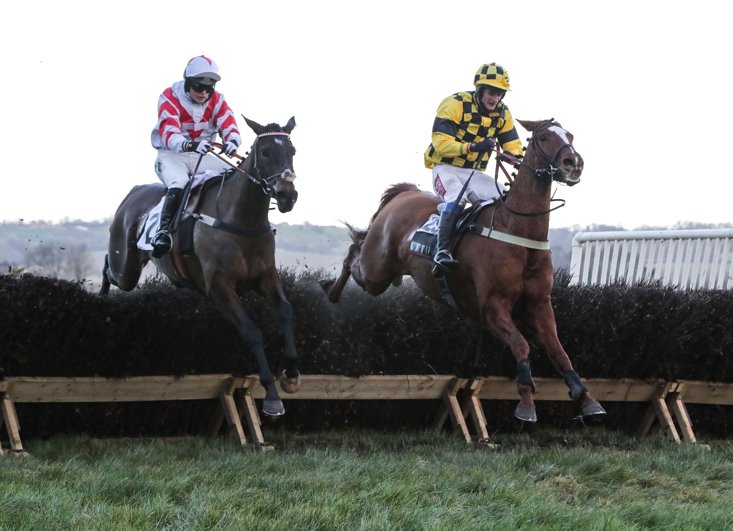 Porlock Bay won the Cheltenham Hunters Chase last season but has been second as odds on favourite twice this campaign and will need to improve on those efforts here.

Mighty Stowaway ran well for a long way at Cheltenham and has joined Lawney Hill since. He could go well dropped in trip, but he certainly had a hard race just three weeks ago.

This will be fast and furious, to miles around the sharp track of Aintree, which bizarrely isn’t what Red Rum was famed for, but this is the race that bears his name!

Global Citizen had Frero Banbou just behind in the Grand Annual at Cheltenham but the third was working his way into it from the back after being outpaced early and the fear here is the same fate awaits. Global Citizen does like to force a pace, but he is 7lb higher for this assignment although still rated lower than some of his top novice hurdle form.

Paul Nicholls saddles two likely candidates in Dolos, whose best form is on right-handed tracks, and Thyme White, who is now off a career high mark after some fair efforts of late.

THE LAST DAY can go well at a price for Adam Wedge and Evan Williams. He was an impressive winner over this track and trip back in November 2019 which seems a while ago, but he has only had four runs since.

Two of those were over hurdles but he is just 2lb higher than his win here and was about to score at a huge price at Haydock in January when taking a nasty fall at the last. He comes here fresh, acts on the track and still looks well treated. If none the worse for the tumble he can hit the frame at a decent price, at least. 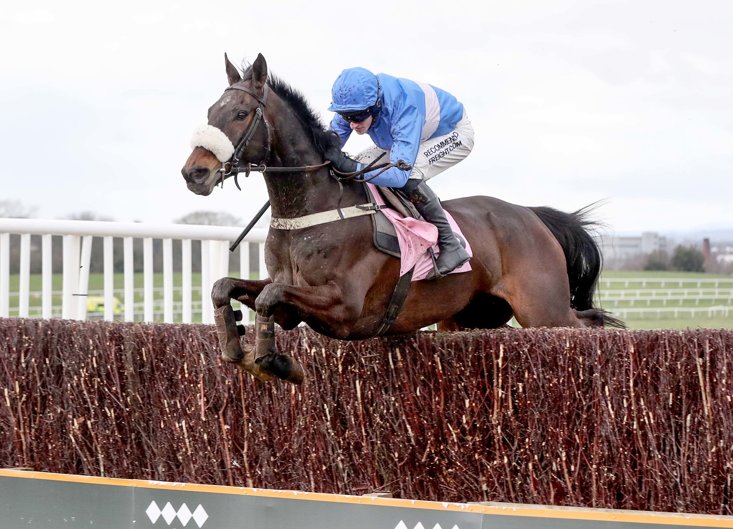 Favourites have a dreadful record in the Mares’ Bumper and only one 4yo has won it to date, so ROSY REDRUM may have to defy those stats, but she has the most topical moniker to be heading to Aintree this weekend looks likely to take the beating.

She bolted up at Wincanton on debut and was given a mountain to climb at Newbury on her second start when way out of her ground. She actually hit the front late on, but she had done plenty of running to get there and that took its toll, but it was still a performance to note. She was withdrawn for the Champion Bumper on account of the heavy ground and trainer Milton Harris’ thinks she’s at least listed level if she were to go on the flat. She also gets weight off her rivals here as a 4yo.

Rachel Blackmore is an eye-catching booking for course winner Lady Excalibur so is respected while Willie Mullins saddles Ashroe Diamond, who was only beaten half a length into fourth at the Dublin Racing Festival.