The Bahrain Trophy is a recognised St Leger trial but it’s also a decent Group 3 contest in its own right.

John Gosden has won four of the last ten renewals and he relies on Queen’s Vase third Stowell under Frankie Dettori. He was wide the whole way at Royal Ascot and did well to finish as close as he did. Yibir ran well in three classic trials, just behind Derby winner Adayar and Royal Ascot winner Alenquer at Sandown. He was also beaten four lengths by Irish Derby runner-up Lone Eagle at Goodwood and is a danger if handling the extra trip (looks likely on breeding).

Gear Up is on a retrieval mission after three poor runs in good company this year but was a Group 1 winner as a juvenile, while Pleasant Man bounced back to win a decent handicap at Salisbury, the form of which is suspect.

It may be worth risking the claims of MANDOOB. He has only won two small novice races, but he needed every yard on both occasions. 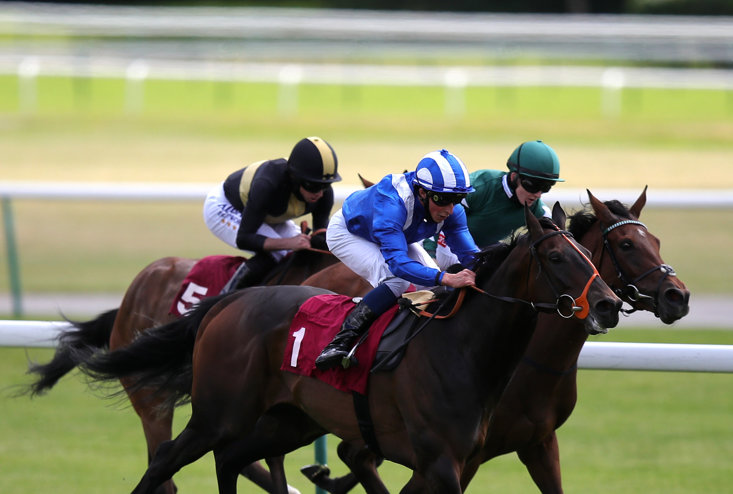 He got up to beat the 90-rated Marshall Plan on his debut at Lingfield and again looked cooked at Haydock under his penalty before flying home to score. It is a big step up in grade but the extra furlong and climb to the line will assist him and Brian Meehan won the race in 2017 with Raheen House.

The ITV cameras make a rare visit to Carlisle on Thursday to take in the six furlong fillies’ handicap.

Gometra Ginty will be many people's port of call in her hat-trick bid after a win over a furlong further at the track two weeks ago. She has been edged up 4lb for that narrow success when making all and has got previous form off a mark this high. Lady Celia has won over this trip but her best form is over the minimum and this is a stiff course.

I will take a chance on VELOCISTAR for Steph Hollinshead. The yard is having a decent campaign and this one contributed when winning at Ripon in May. She has remained competitive off higher marks and was not beaten far at Newbury last Thursday. She has been dropped 2lb and has the assistance of Megan Nicholls in the plate, who rides for the yard for just the fourth time. The plum draw in stall one is another tick in the box and she is likely to run her race.

The selection gets a huge 20lb from top weight Fox Hill who has been consistent but has generally struggled off a mark this high in the past.

The July Stakes has gone to Richard Hannon (senior and junior combined) four times in the last nine years, and they rely on recent course winner Lusail in this year’s renewal. He has won two from three but was third when upped in class and needs to improve.

Plenty of these were in action at Royal Ascot in juvenile races, best of which was the Coventry Stakes second ELDRICKJONES who ran a cracker at 66/1. No such fancy odds this time and he will not be a maiden for much longer, hopefully he sheds it here.

He made his run down the unfavoured centre of the track and did not get the clearest of runs before storming home, arguably an unlucky loser. The stiff climb to the line should suit and his trainer Roger Fell has enjoyed some success at this meeting, having won the Bunbury Cup three years ago.

Project Dante was a close third in the five furlong Norfolk Stakes, staying on strongly and the form has worked out with the runner-up, Go Bears Go, winning the Group 2 Railway Stakes at The Curragh. If he stays the extra trip, he will have a say while Dig Two and Ebro River also ran respectably at the Royal meeting.

Dig Two easily won the race on the stands side in the Windsor Castle but was undone by a sole raider on the far side. He can go down as unlucky and has a good chance of gaining compensation over a trip he has won over.

Asymmetric is an unbeaten course and distance winner who is not underestimated up in class, while Jadhlaan and Aleezdancer are last time out winners also up to group company for the first time.

A tricky 3yo sprint handicap is the day’s big betting race at HQ with twenty runners spread across the July course to choose from.

The key to this race is the similar contest on the Rowley mile in mid-May and the York contest in which BLACKROD was second four weeks ago. Michael Dods’ charge had two of these behind - Jadwal (was second to Jumby here at Newmarket previously) in fourth and Blind Beggar in sixth. 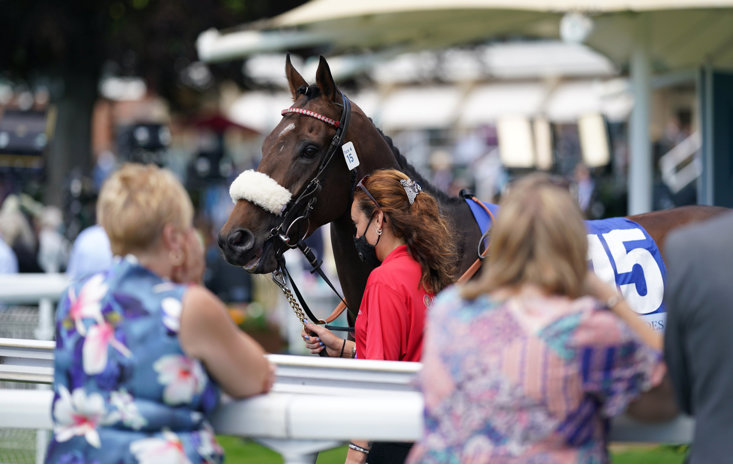 Blackrod has been hit with a 4lb rise but that is not excessive, and he looks a solid each way place under Silvestre De Sousa. He will not mind any of the forecast showers either.

Jumby went up 9lb for winning on the other HQ course in May, impressive enough to take his chance in the Commonwealth Cup at Royal Ascot but was a no show. It is a tough task for him off top weight but he is drawn centrally which gives the jockey options of where to go.

Boomshalaa flew home to finish an unlucky second over five furlongs and is a two time winner over six. He has only been put up 3lb and is a worthy favourite on just his fifth start.

Jadwal looks held on his defeats in his last two starts, while Stuart Williams saddles recent course and distance winner Akkeringa who is respected off a 7lb higher mark.

At a big price I would not rule out CAIRN GORM under Tom Marquand. He was a good juvenile who won a Group 3 in France and ran in a couple of Group 1s subsequently (well-beaten in both). He wasn’t totally disgraced on his return at listed level behind Line Of Departure (supplemented for July Cup) and at prices around 20/1 with extra places each way, he could give us a good run.

The feature race on day one of the July meeting is the Princess of Wales’s Tattersalls Stakes and it looks a golden opportunity for AL AASY to lay down a marker for the King George & Queen Elizabeth Stakes later this month.

William Haggas’ 4yo has 7lb and upwards in hand of his rivals and although he has always been thought of as a quirky sort, he has been excellent this season. Two canters around Newbury enabled him to take his chance in the G1 Coronation Cup where he came to win his race but was bustled out of it by the game Pyledriver.

They pulled miles clear of some good horses and Jim Crowley may have played his hand a little early. He won the Bahrain Trophy on this card twelve months ago and it is hard to see him beaten here on route to Ascot in two weeks’ time.

Sir Michael Stoute has won this race nine times, six times this century and he saddles Highest Ground. The son of Frankel looked to have the world at his feet early in his career but has thrown in more poor runs than good ones in the last year, although his Leicester win over Outbox looks better now. He was well held in the Hardwicke Stakes, but the yard is in good form and he is the main danger to the favourite.

Sir Ron Priestley is penalised for his win in the Jockey Club Stakes in May (beat Pyledriver) and was ahead of Highest Ground at Ascot but conceding weight will make it tough for him. He is expected to take the field along in front.

Star Safari was very progressive in Meydan earlier in the year but is yet to produce the standard required on these shores, while Bangkok carried all before him on the all-weather but was put in his place at Chester in the Ormonde Stakes and may have to settle for a minor role.