It is the third and final day of the Craven meeting at Newmarket and the ITV cameras are also screening a couple of races from jumps racing HQ at Cheltenham.

JUMBY is an interesting runner in this competitive 3yo sprint handicap. Having made an impressive winning debut at Ascot, he was not disgraced in good company at Newbury in two subsequent starts despite being keen and the drop back to six furlongs should be in favour of this strong traveller.

Creative Force has not been seen since Royal Ascot last year when down the field in the Coventry Stakes after winning on debut over this track and trip. He represents the Godolphin Blue and William Buick is on board so will have plenty of supporters.

Cairn Island won a nursery at the Ebor meeting at York in August but was held on is final appearance at Doncaster in the big sales race and could be vulnerable of his mark. Rohaan is of interest under Ryan Moore. He was on board when David Evans’ charge just got the better of impressive All-Weather finals day winner Diligent Harry, but his two turf runs were poor and needs to prove he can be as effective on grass.

Razor Glass and Skibo Castle are lightly raced progressive types who should be watched in the market for confidence.

An intriguing little Fillies’ juvenile hurdle to solve comes along at 2.05.

Fiveandtwenty is back in action a week after a well beaten third in a grade 1 at Aintree. She maybe the standard bearer but I am not sure the stiff nature and undulations will sui this speedy type. She is likely to put the pace to the race along with Talking To You, who easily beat Her Indoors at Aintree in December before Alan King’s filly gained her revenge at Doncaster, suggesting the latter named has improved past her old adversary and in receipt of 6lb here, should confirm the latter form.

Progressive is an interesting contender back on decent ground after some fair efforts on soft ground this winter but is another who I have reservations about regards the track. 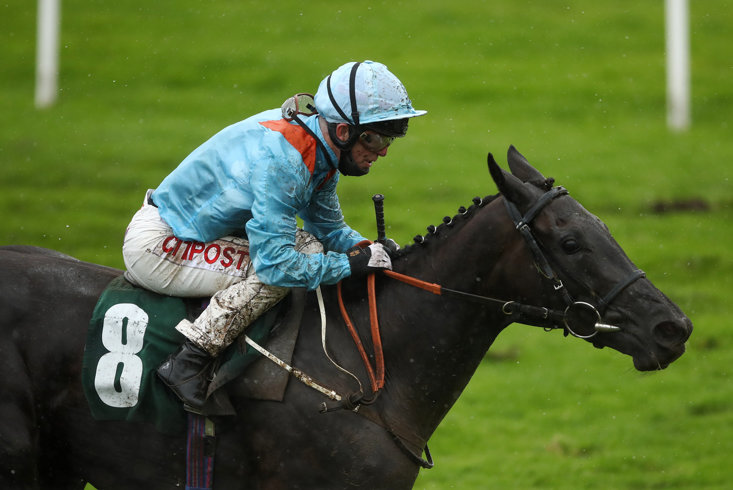 The Irish won this race last season and Joseph O’Brien may have spied a great opportunity for his SCHOLASTIC. He was in action behind Fred Winter winner Jeff Kidder when third in Grade 1 company at Fairyhouse ten days ago. She was only beaten eight lengths; a lot less than Her Indoors was behind the same horse at the Festival the stable form has taken an upturn in recent days.

The Wood Ditton Stakes is one of the most valuable maidens of the year and usually produces a high-profile winner. Problem being there is no form to go as all horses are unraced, so a market watch, along with a look at the horses on TV in the preliminaries is a must.

Ironside cost Godolphin a cool 500,000 Guineas while Kingsofthemidlands was knocked down at €600,000 to King Power Racing so they would be expecting bold shows, but it is impossible to pick a selection with no evidence of form.

An ultra-competitive two and a half mile Mares’ handicap hurdle is the next at Cheltenham.

Sexy Lot has been very consistent and won very nicely at Haydock twelve days ago. She is once again up in the handicap so will find this tougher but must be respected in current heart. Bourbon Beauty caused a bit of a surprise when landing the big mares Novice final at Newbury last month, but there was no fluke about it and is another to take seriously despite a 9lb rise. She will face competition for the lead though from Bannixtown Glory and Molly Olly Wishes.

Molly Olly Wishes has had a great season, landing a hat-trick of success, culminating in a listed success at Warwick. She was third in the National Spirit at Fontwell behind McFabulous and Brewin’Upastorm, form that was let down at Aintree and she may struggle of top weight and back on decent ground. 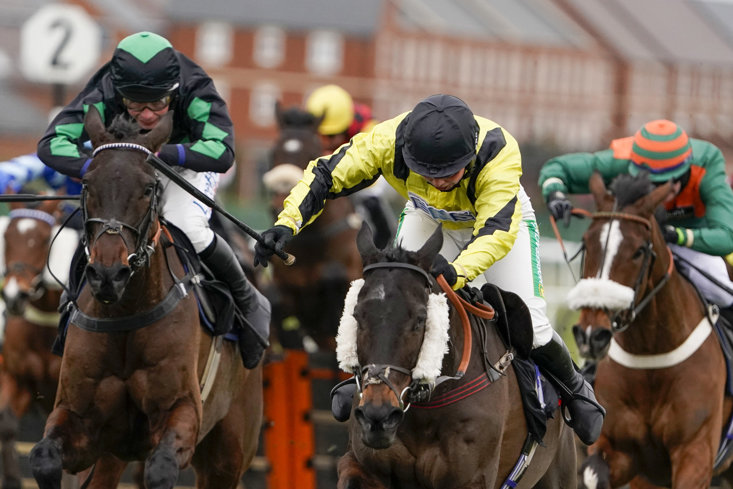 REGRADING RUTH could be worth siding with under Aidan Coleman. Three miles on decent ground is right up her street and was a convincing winner at Newbury under those conditions. She is up 8lb but again has a nice racing weight and the runner-up at Newbury was not beaten far a Haydock next time.

OXTED started last season with victory in this race before securing Group 1 glory in the July Cup and it is hard to see past him securing back-to-back renewals of this Abernant Stakes. A trip to Meydan for World Cup night was aborted after a below par run in the dirt in Saudi Arabia but he will be aimed at all the big sprint races this year and expect a trip to the Diamond Jubilee at Royal Ascot to follow if this test goes to plan.

Summerghand had a fruitful 2020 and a decent payday when winning the All-Weather final sprint ahead of Exalted Angel, but this is a step up on the races they usually contest while Emaraaty Ana will strip fitter for his Doncaster return when second in the Cammidge Trophy but has five lengths to find on Oxted in their meeting in this race last year.

The Craven Stakes is a recognised trial for the 2000 Guineas, but we must go back to 2004 to find the last horse to do the double and that was Haafhd.

Both Godolphin and Coolmore are double represented this year and they could be testing the water with higher profile three-year-olds back at their respective bases.

The boys in blue are responsible for both Master Of The Sea and La Barrosa. The first named won the July Stakes last season and was a close fourth in the Group 1 National Stakes at The Curragh. He was beaten at 4/11f by stable companion Naval Crown, who was nabbed on the line in the European Free Handicap at Newmarket on Wednesday. La Barrosa made a winning Ascot debut before winning on the Rowley Mile three weeks later. He signed off with a fifth in Group 1 company in France on Heavy Ground and will appreciate the return to quicker conditions for his seasonal debut.

While the Godolphin horses have Group form on their CV, the Aidan O’Brien trained contenders come into the Craven on the back of maiden successes. Khartoum is the mount of Ryan Moore and benefitted from his Naas debut to score at The Curragh in October while Sandhurst, ridden by Franke Dettori, has a similar profile, winning at Gowran Park in October on his second start.

Akmaam is of interest at a price. Brian Meehan’s horses who won on debut regularly turn out to be above average and after winning at Ascot on debut, he ran an eye-catching race on just his second start in the Autumn Stakes behind One Ruler. He could go well at a price, as could IMPERIAL SANDS. He was very impressive in winning a Kempton Maiden last month and stuck on gamely back on the all-weather ten days ago behind the potentially useful Mostahdaf. He was very quickly away on both occasions and hopeful Hollie Doyle can get a prominent position, head over to the far rail and be hard to pass.