Burnley are about to enter their sixth consecutive season in the Premier League, and it is time for them to attempt to achieve something and leave behind the label of just being a team to make up the numbers in England’s top-flight.

The Lancashire club are well-known for their limited spending when bolstering their squad for a new season, and while they have managed to cause some major upsets to some of the big boys they have also been an easy fixture on too many occasions. Manager Sean Dyche has always made his frustrations known at his club’s lack of investment, but he has stuck with the Clarets and he is now entering his 10th season in the Turf Moor dugout.

Their squad contains a lot of stalwart figures, and their brightest sparks are English winger Dwight McNeil, who has been linked with a move to Aston Villa, and striker Chris Wood, who has always stepped up for the club in front of goal since his move from Leeds United in 2017.

Since their promotion back to the Premier League in 2016 they have finished 16th, seventh, 15th, 10th and 17th. They have had two great opportunities to invest and attract some exciting talent, but the club has just settled or aimed for retaining their Premier League status. 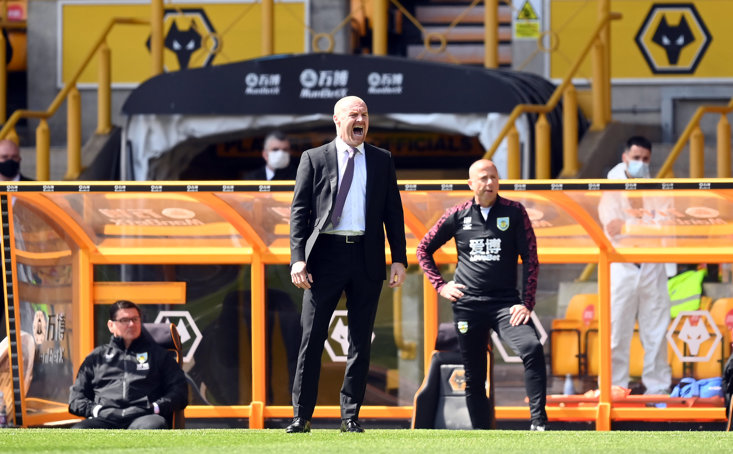 IN HIS 10TH SEASON AT BURNLEY, DYCHE NEEDS TO START SHOWING HE CAN OFFER MORE

There is an argument to be made regarding the sheer difference in budget between Burnley and the richer clubs, but it just seems like they have always gone for the same calibre of player each season. Even when they were competing in the UEFA Europa League, they maintained their usual transfer strategy and it must have been excruciatingly painful for Clarets fans who had waited for five decades to see their club compete on the continent.

So far this summer they have made two additions, centre-back Nathan Collins from Stoke City and Wayne Hennessey on a free transfer from Crystal Palace. While Collins appears to be a promising signing for the future, they do not seem to be trying to attract players who can have an instant impact for the upcoming season. It will be interesting to see if they will strengthen further, but going off the club’s track record, it will be surprising if they made any blockbuster deals.

There will not be great expectation from Burnley fans heading into the new season, but they will expect retention of their Premier League status and they will be hoping that the club can at least attempt to progress far in either the Carabao Cup or the FA Cup. Fans of clubs like Wigan Athletic, Portsmouth and Birmingham City, who experienced silverware before dropping out of the top-flight and entering rough financial waters, will tell you that one day of ecstasy means a lot more than constant mediocrity in the Premier League.