Phil Jones is part of the Manchester United squad tonight as they welcome West Ham United to Old Trafford in the Carabao Cup. If the former England defender makes it onto the field, it will be his first appearance since an FA Cup tie against Tranmere Rovers in January 2020. Jones scored in that 6-0 win, but it would be the last footballing joy he would experience before spending 20 months sidelined by injury. The former Blackburn Rovers defender underwent knee surgery to correct a long-standing problem, and faded from collective fan consciousness as a result.

Jones has unfairly become a punchline in the intervening months. He was already a figure of fun for his often-comedic facial expressions and occasionally hapless performances, but with no recent games to recapture his form, Jones has been portrayed as a far worse footballer than he is. Jones was so embedded as a football pariah, that the official account of Twitter UK saw fit to tweet, “Name a better footballer than Phil Jones”. They later took the post down, probably realising kicking an injured man while he’s down is not a good look for a company who condemns “targeted harassment” in their guidelines.

To understand what playing tonight would mean for Phil Jones, you must understand the lengths he has gone to to get here. In a recent interview with The Times, he spoke of the abuse he gets from fans and pundits who do not understand his struggle. Rio Ferdinand criticised United for awarding Jones a new contract, calling the player a “waste of space” in the process. Jones recalls in the interview a rather less illustrious onlooker saying “You’re sh*t”. Phil has had to hear and read this sort of abuse, all while trying desperately to get back to fitness and play the game he loves again. Whether you rate him or not, no athlete deserves to be targeted in this way. 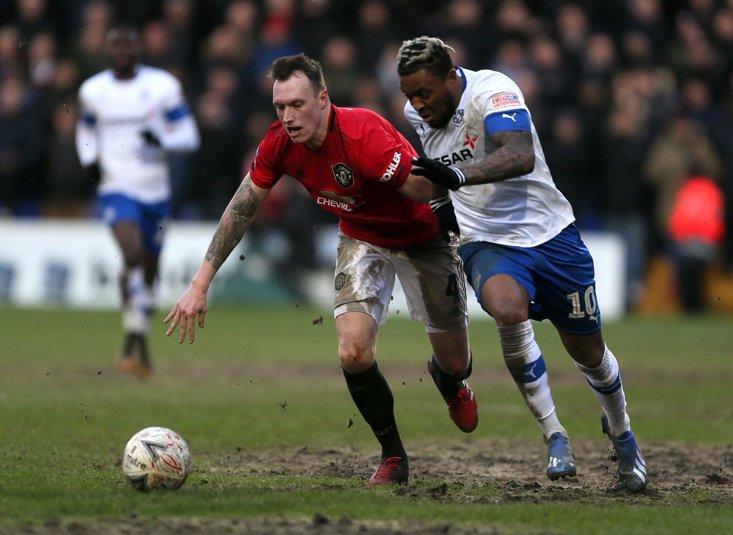 Jones has battled knee issues since he played in the Blackburn academy, suffering from the same severe meniscal damage that blighted and eventually ended his manager Ole Gunnar Solskjaer’s career. It is possibly for that reason that Jones has been treated with more sympathy within the walls of Carrington than he has outside of them. Solskjaer knows how debilitating, both physically and mentally, such an injury can be. The Norwegian signed Jones to a new contract in 2019, and while that decision has been widely criticised, it is easy to see his logic. He knows what the defender is going through, and wants to help in any way he can.

Jones is keen to put his near-two year spell on the sidelines behind him and re-establish himself. Still only 29 years old, a fit and reinvigorated Jones could have a lot to offer. With the summer arrival of Raphael Varane, to go alongside Harry Maguire, Victor Lindelof and Eric Bailly, a resurgence is perhaps unlikely to take place at United. The club have looked after Jones through his ailments, but his path to the first team is a crowded one.

However, if the player can prove his fitness and return to something resembling his best in the cups, he may attract attention from other teams. Perhaps a temporary move is another solution. Jesse Lingard’s loan spell at tonight’s opponents has done wonders for both his reputation and his form. If Jones could excel at a club in the mid-to-lower part of the league, and stay off the treatment table, he could yet enjoy a career revival.

Phil Jones deserves another chance. Nobody is arguing he has had a great career at Old Trafford, but there are mitigating factors involved. Even if he had remained injury-free and still performed badly, there is no excuse for the abuse he has received in the past. The player deleted his social media accounts in 2017, and turned down a testimonial over fears nobody would attend.

The player has been made a punchline and a scapegoat for too long. United fans might not be rooting for Phil Jones to return as a first team regular. But considering how hard he has worked over the last 20 months to return, they should be rooting for him to remain healthy and happy for the remainder of his career.