Football
News
Wales face a stern test against Italy but Robert Page's men will be confident of an upset
Kieran Spratt
08:08, 20 Jun 2021

Of the three home nations at Euro 2020, you’d have to argue that it’s the Welsh who will be the happiest going into the third and final games of the group stage.

Sure, Scottish fans might still be nursing a hangover from their excellent display against England in the 0-0 draw at Wembley on Wednesday, and the Three Lions themselves, like Wales, have come away with four points from their first two games and similarly look almost guaranteed to be playing last 16 football this summer. But, given their toothless performance against their auld enemy two days ago, even the most optimistic of England fans (and that’s really saying something) will be feeling a little beleaguered going into Tuesday’s clash with the Czech Republic.

Wales though, despite a shaky start in their opening 1-1 draw with Switzerland, will be absolutely filled to the brim with confidence, and only a fool would rule them out of recapturing those Euro 2016 heroics. Having snatched a point from perennial ‘dark horse’ Switzerland and dispatched of another 'could-go-under-the-radar' outfit in Turkey, the Dragons need only a point in their final game on Sunday to guaranteed a route into the knockout stages. 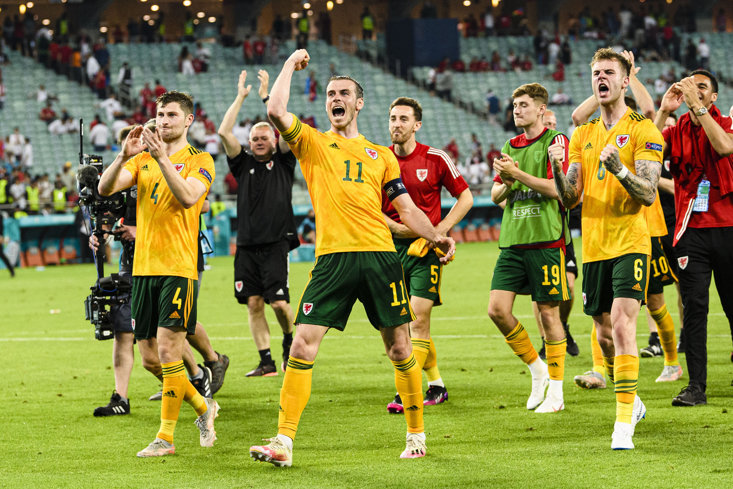 Even in defeat, Robert Page’s men should still qualify as one of the four best third-placed teams and that should be of some comfort considering they face arguably the most impressive side to grace Euro 2020 to date: Italy.

The Azzurri have been imperious form so far this tournament, winning each of their games by three goal margins, keeping clean sheets in both. In fact, Italy hadn’t ever scored three goals in a European Championship match before this tournament. Lazio hitman Ciro Immobile has been particularly impressive for the 1968 European champions, having scored two in his first two and will be chomping at the bit to get on the scoresheet once again as he pursues the Golden Boot.

Wales though, will have nothing to fear against Italy as the underdogs. This is a team that beat a ‘golden generation’ Belgium in the quarter-finals five years ago after all.

"I don't think you can ever write us off. Italy are a great team, but we go in believing we can win," Wales winger Dan James told the BBC.

"I think they're [Italy] a great team, [they] had a great run going into the tournament, they're a new team from last Euros [in 2016], lots of new players, not many weaknesses, but we have to fully believe we can go and get a result."

Italy are odds-on to make it three wins from three in the group stages at 8/15 with Betfred, while Wales are a tasty 6/1 to spring an upset. The draw is 3/1.