How do you navigate the final game of a group stage when your nation has already qualified for the knockout stage? It’s a question that has puzzled England managers in the past, but Sarina Wiegman took her own route in the 5-0 win over Northern Ireland by selecting an unchanged XI for the third successive match.

She knows her first XI, and is clearly going to stick with it as we reach the strenuous stages of the competition. But this didn’t need to be at all strenuous for England’s Lionesses. Star names Ellen White, Beth Mead and Lucy Bronze were all chosen from the start again when they could have had their feet up.

White had Wayne Rooney’s England goal record in her sights so that might explain her selection, but to pick the exact same XI now opens Wiegman up to criticism in the knockout stages. Especially when you consider that the first half display was lacklustre, even if the hosts went in 2-0 up.

During World Cup 2018 in Russia, Gareth Southgate deliberately selected a weaker XI in the final group game for two reasons. One, a second place finish provided a kinder route to the semi-final, and two he wanted his players refreshed for the battles to come.

The Lionesses play one fewer game than the men in the Euros, with the quarters next up, so that may be one of the reasons the Dutch manager decided to stick rather than twist. On the other hand, Gary Neville has talked about tiredness in major tournaments in the past and at Euro 2016, when he was on Roy Hodgson’s coaching staff, they made six changes in the final group game.

They drew with Slovakia to lose top spot in the group to Wales, but it wasn’t seen as an issue as Iceland awaited in the last 16. We all know what happened next and the barrage of criticism that followed picked up this as one of many tactical mistakes.

For Wiegman, it was clearly a case of momentum. As Fran Kirby curled in a wonderful opener and Beth Mead bagged her fifth goal of the tournament before the break against a determined Northern Ireland side, it was clear that England still had that winning touch. 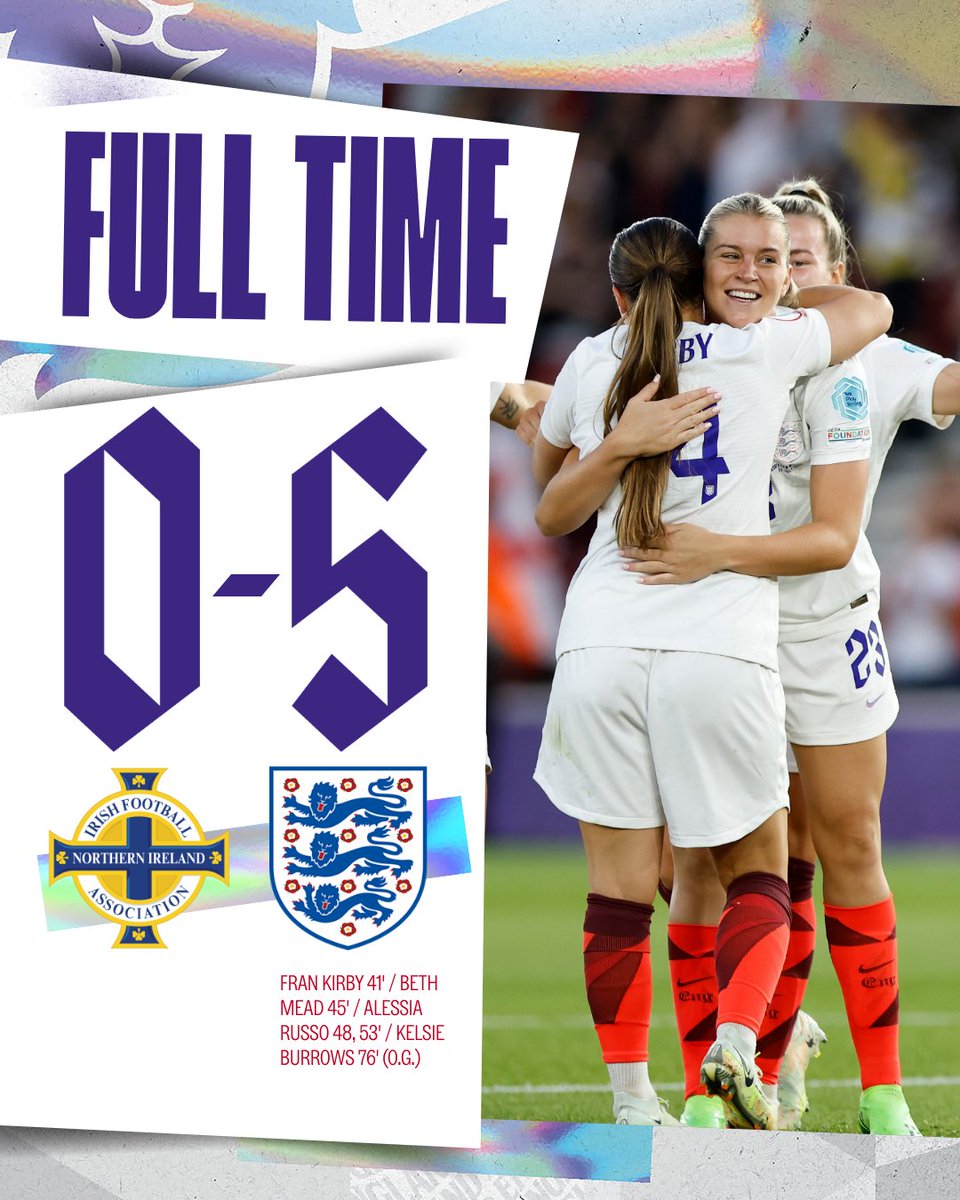 As they had in the first two matches, the subs came on to bolster England’s team, but this time a little earlier. White, Georgia Stanway and Millie Bright all got the chance to rest at half-time and Alessia Russo’s introduction saw her score an impressive header minutes after the break.

She doubled her tally with an exquisite turn and finish to put her name in the manager’s thoughts for the quarter-final. White has been the talisman for this side, but Russo just seems to fit in better. Wiegman may have been absent due to Covid-19, but even she would have been impressed with the display her second striker gave.

Kelsey Burrows turned one into her own net to give the scoreline some gloss as Jess Carter and Chloe Kelly came off the bench for the Lionesses. England were refreshed and energetic in the second period, but they could have been that way from the off.

The only way we will know if Wiegman’s unchanged methods pay off is in the knockout stages. England must be at 100% to beat Spain or Denmark in the quarter-finals, and things will only get tougher physically if they progress. Failure at any stage will result in questions being asked about tonight’s selection.