As the sun sets on day one of the Tokyo 2020 Olympics, some of Great Britain’s finest athletes have already been in action. We saw Adam Peaty win in the pool, the footballers shine once again and Max Whitlock doing his thing on the pommel horse. Here is how day one went down.

The world’s fastest breaststroke swimmer qualified fastest for the semi-finals in his heat, but he did turn up sporting a moustache that surely added 0.05 seconds to his time. He swam a 57.56 at the aquatic centre, but his main rival Arno Kamminga of the Netherlands, was only 0.24 seconds slower in second. Job done for now. He is back in action at 3.30am.

In Sapporo, Great Britain's women's football team had Ellen White to thank in their 1-0 win over hosts Japan as she scored the only goal of the game, and her third of the tournament. That is two wins from two for Hege Riise’s side who are now through to the knockout stages. Going for gold.

Defending champion on the pommel horse Max Whitlock is through to the final of this year’s event with a fine performance. He earnt a 14.9 for his qualifying performance to take him through as team-mate Joe Fraser went through on the horizontal bar, but unfortunately for the hosts, Kohei Uchimura went out.

In hockey, GB’s men got off to a flying start with a 3-1 win over South Africa. Goals from Sam Ward, Liam Ansell and Jack Waller were enough to secure the win as Team GB now prepare to take on Canada on Monday. A perfect start.

Helen Glover’s remarkable recovery story continues for another day as she and Polly Swann just about qualified for the semi-finals after finishing third in their heat. This was Glover’s first defeat in over a decade and the duo looked some way off the pace off the winners, which makes a medal extremely unlikely in the women’s pairs. 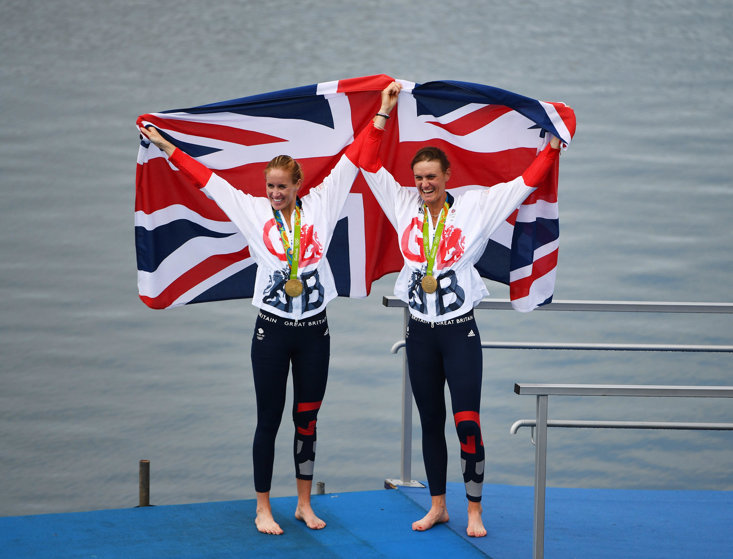 A brutal men’s road cycling race ended in disappointment for Team GB as Geraint Thomas crashed and then was forced to retire from the race. As Ecuador’s Richard Carapaz took home the gold, Adam Yates who finished ninth for Britain.

Andy Murray, alongside Joe Salisbury got off to a winning start in the doubles as they defeated French number two seeds Nicholas Mahut and Pierre-Hugues Herbert 6-3,6-2. Three Olympic golds in a row is for now, still on the cards for the best British tennis player of all time.

The first gold medal of Tokyo 2020 went to China in the shooting as they continued their traditional good start to the Games with gold in the 10m air rifle final through Yang Qian. They would follow up that medal with two more golds and a bronze before the day was out to lead the medal table at the close of play.