Tottenham continued their impressive resurgence under Antonio Conte with a 96th minute goal against Watford, that plunges Claudio Ranieri’s side ever nearer to the bottom three. For Spurs however, that deserved late goal takes them within two points of fourth place Arsenal, and they have two games in hand after the Gunners were beaten with an injury-time goal from Manchester City’s Rodri in the early kick-off.

The North London rivals will continue to do battle throughout 2022, but for Spurs, these three points set them up perfectly for a top four tussle. They've come out of the festive period relatively unscathed in the league, having only dropped points against Southampton last time out after securing an impressive point at Anfield and beaten Crystal Palace in the last two weeks.

Meanwhile, Conte also has a two-legged League Cup semi-final against Chelsea to look forward to after his side beat West Ham, as he looks to be the first Spurs manager to win a trophy since Juande Ramos in 2008. But three points in the Premier League thanks to a dramatic winner will give this side belief that a top four finish is within reach.

The game was not one for the neutral, as Tottenham attempted to break Watford down with little success. Sergio Reguilon saw his effort parried from the edge of the area as Tottenham penned in the Hornets and Ranieri’s side should have been behind on the half hour mark.

Oliver Skipp made a big tackle in midfield to set up Harry Kane, but he saw his effort go wide of the mark when he really should have given Conte’s side the lead.

Tottenham Hotspur
@SpursOfficial
Ben Davies is all of us. 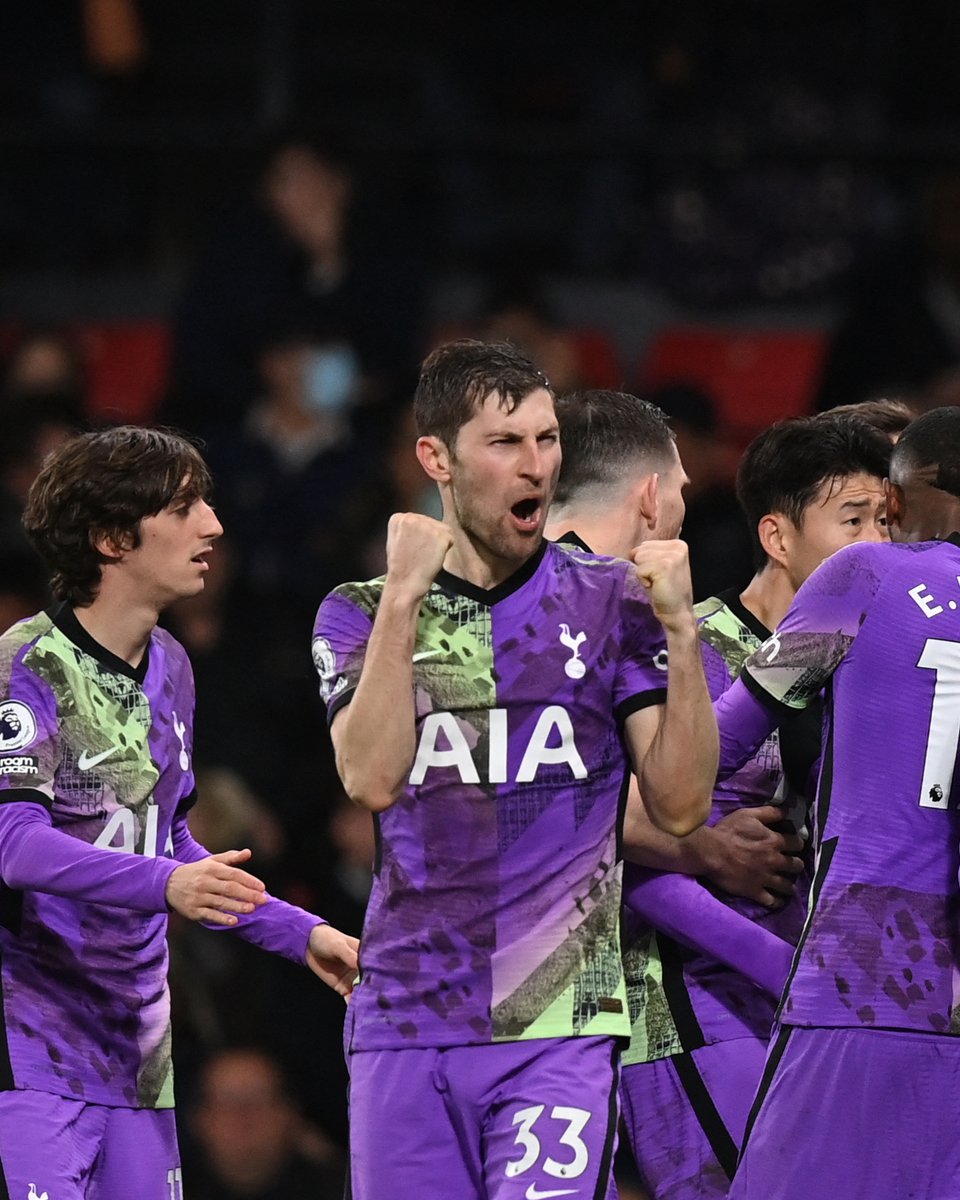 In the second half, Son missed a flick from close range as Spurs kept on probing and it was testament to a solid defensive performance from the home side that they kept Conte’s side at arms length for the majority of the match. But this Spurs, so different to the passive team that let games drift by them under Nuno Espirito Santo - look like a different beast now.

This was a January afternoon of frustration, and missed opportunities and of domination - but they got the three points in the end. Sanchez rose highest to head home a Heung-min Son free-kick and send the away end, packed with those that had made the short New Year's Day trip from North London, absolutely wild.

This was not a memorable performance by any means, but it was an important one. Tottenham, so far adrift at the start of the season, are now serious contenders to break into the top four and with those games in hand, could even challenge Chelsea and Liverpool. They’ll need to be more clinical over the next month to continue their challenge and reach a second consecutive League Cup final, but Conte has got them moving in the right direction.