Tottenham provided the perfect setting for a thrilling cup final double-header and if rugby league was to leave Wembley then North London has laid a strong marker.

Switched to the Tottenham Hotspur Stadium with Wembley hosting the EFL play-off finals, nothing about the occasion disappointed. It left fans, players and officials open to the unthinkable - having Betfred Challenge Cup finals away from their spiritual home.

On the face of it the suggestion feels blasphemous, much like every rumble of the World Snooker Championship moving away from the Crucible. A rumble that is always immediately and powerfully drowned out by the communal romantic chorus of the traditionalist. But, having been forced to dip its toe into foreign waters, rugby league has found there are some beautiful bays out there for the big games to swim in.

There’s no immediate prospect of this of course, with Wembley welcoming back the sport’s crown jewels for the next five years, but a successful flirtation with a rival suitor will have done nobody any harm. 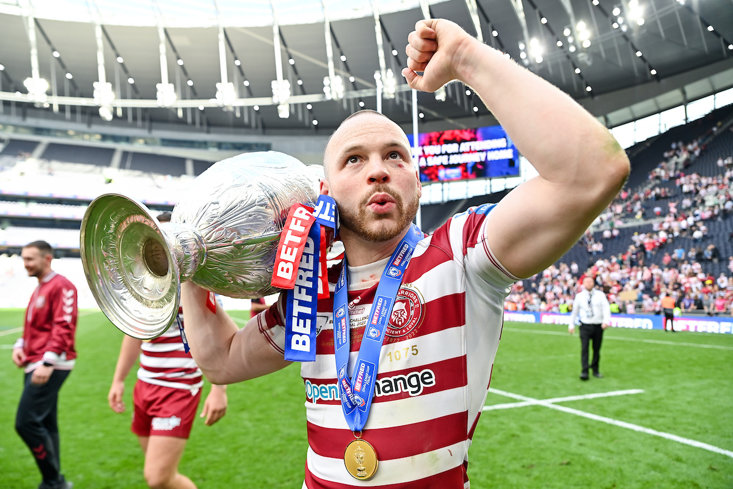 A crowd of 52,000 - gone seemingly are the glory days of a packed out Wembley - was a better fit in a 62,000 arena, with every player I spoke to on Saturday purring at the wall of noise and kaleidoscope of colour that the occasion created. As you would expect from an expensive new stadium, every inch of the venue - from media areas, to fan walkways, stadium concourses, player dressing rooms (separate corner dressing rooms for NFL matches - occupied by Featherstone and Leigh in the midday 1895 Cup - and football games - Wigan and Huddersfield were housed in those central ones) is stunning.

There were some discerning voices - a trophy lift on the pitch rather than the Wembley walk up the stairs wasn’t palatable to the group of fans near me, grumbles about the long walk and long queues to get away from the ground (it’s a giant venue dropped into a residential area down one main road) and the scrolling sponsors logos in between stadium tiers that did appear hugely off-putting for full-backs and wingers under the high ball. In addition the pitch rolled very steeply off from the touchline which was an extra hazard for the conversion kickers - both Huddersfield’s Tui Lolohea and to a lesser extent Featherstone’s Craig Hall had off days with the boot, though I’m sure neither will blame a short run uphill for their touchline failures.

But the overwhelming feeling for this writer - who opted for the long walk back into town afterwards - was that the occasion was magnificent and one worth repeating away from Wembley. It is also a real appetite-whetter for the Rugby League World Cup when the semi-finals head to Arsenal at the end of the year.

Rugby league, now more than ever, needs to be brave and I hope this positive weekend away for the masses will open eyes to what is achievable outside of the comfort bubble that the sport has long lived in.

On the pitch the players served up two absolute crackers as Leigh stunned Betfred Championship leaders Featherstone to win the 1895 Cup and Wigan won it the hard way having been left battered and bruised by a brilliant Huddersfield who could not have given much more in a bitter, late defeat. 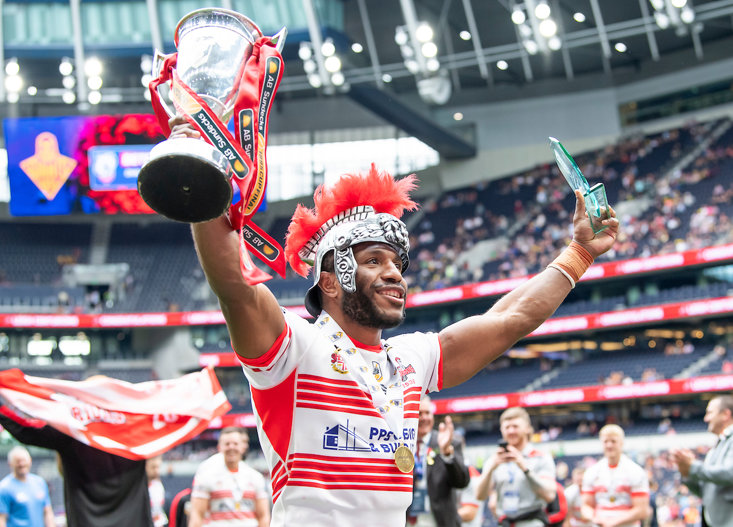 Few neutrals will say Wigan deserved that win. The Giants were sensational in a tactical masterclass from their coach Ian Watson, and but for the perfect bounce of a Harry Smith grubber kick, they may have seen it through. But that is what great teams are all about - finding a way to win and keeping your cool in the face of a game that has not gone your way. That is what the Warriors did and that is why they have enjoyed a love-affair like no other club with this iconic silverware, a trophy back in their cabinet for a record-extending 20th year.

Over a million viewers on the BBC saw that Huddersfield are an excellent team with an excellent coach, but these chances are so tough to come by and when the dust settles they will be absolutely kicking themselves at this one that got away.

Wigan proved again they are returning to a side of proud culture determined to create another dynasty and knock rivals Saints off their perch. They have already taken a big step towards that with this Challenge Cup win that will prove an invaluable experience ahead of the business end of the Betfred Super League season.

As for Leigh’s win, that has really shifted the balance of power in the race for promotion to Super League. It showed Featherstone are not invincible, but more than that they looked well short of Leigh who just battered them with brute power and pace down the middle. It sets up that battle just perfectly, they meet again in two weeks and in all likelihood they will contest the Championship Grand Final.

In simple terms, Featherstone’s acclaimed coach Brian McDermott has less than four months to work out how to beat them. Knowing McDermott, that is an assignment he will thrive upon.