With storylines and narrative dotted throughout Magic Weekend, the opening game between Toulouse and Wakefield undoubtedly has the most at stake.

The French side’s hopes of pulling off a stunning relegation rescue act received a huge and timely boost with a victory over Hull KR last weekend that cost Rovers boss Tony Smith his job.

The only team they can realistically catch are the side sitting immediately, but four points above them, Wakefield. Willie Poching’s side have been dragged right into the mire, with Saturday’s St James’ Park curtain-raiser the biggest game in both sides’ seasons.

“We understand the enormity of the game in respect to where both teams are in the table,” admits Poching, a former Leeds Rhinos second row enduring a difficult season in his first job as a permanent head coach.

“It’s an exciting game, an honour to open up Magic Weekend and kick it off. It’s a major occasion for our sport, we are first up and we want to open it with a bang.”

Many are calling this a million pound game – the label given now to the Betfred Championship Grand Final which sees the winner promoted to Super League at the end of the season.

Granted there is an enormity to the contest that is lost on none of those involved in Newcastle on Saturday, but in truth it only falls into the million pound territory if Toulouse win. This is not a relegation decider.

If Wakefield lose, they can still survive, indeed Poching’s side will retain a two-point cushion over their rivals. But if Toulouse lose, realistically they are gone. And few rugby league neutrals want that to happen. 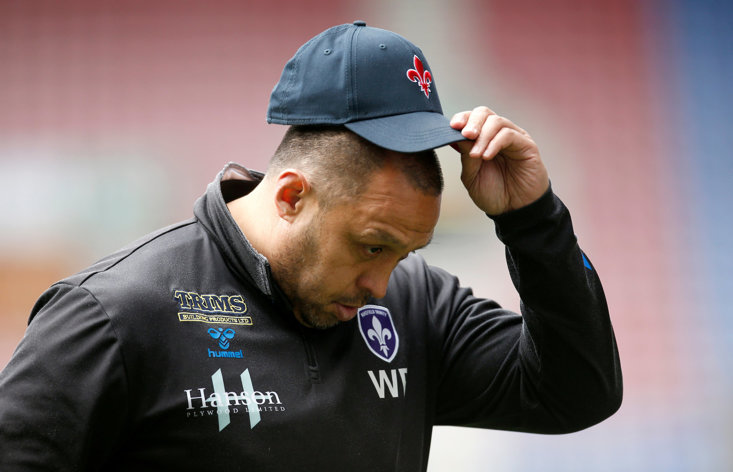 French rugby league has been the one area of expansion that has so far worked, with Catalans Dragons now proven and genuine contenders at the top table under Steve McNamara. Top four regulars, Grand Final runners up and Challenge Cup winners, the Dragons are the real deal and the matchday experience at the Stade Gilbert Brutus is unrivalled. Toulouse are tasting the big time for the very first season and are getting there. But have they left it too late?

“We are still in the process of learning how to play in Super League but we are improving all the time,” Olympique boss Sylvain Houles admitted to Catalan Media this week.

“We are fully aware of the importance of this game, every game is a pressure game for us now and this one is huge.

“We are learning to deal with pressure, we’re getting closer and closer.”

The French side’s slow start to the season cast them well adrift, and much of that can be blamed on a chaotic pre-season that saw Mark Kheirallah and Johnathon Ford – their two star men and architects of their stunning promotion season – quit the club amidst a disagreement over covid-19 vaccinations, and ultimately sign for Championship promotion hopefuls Featherstone instead.

Ford is yet to start a game for Featherstone, while Kheirallah suffered a shattering season-ending ACL injury this week.

It has taken Houles time to find the right pieces to his Super League jigsaw, and he is getting there. A stunning win over champions St Helens has been the highlight so far, but last weekend’s win over Hull KR showed that the Toulouse engine is starting to purr.

Wakefield on the other hand look fragile. Two confidence-boosting wins over misfiring Hull FC and Warrington at the start of June appeared to show Poching steering his side to safety. But the two games since have both brought heavy defeats – to Salford and Wigan – and most alarmingly of all, Trinity have conceded 120 points in their last 160 minutes of rugby. That is relegation form at any level of rugby league, and something that Toulouse’s free-flowing attack will be confident of exploiting.

“Toulouse are a dangerous team with dangerous players,” Poching admits.

“Tony Gigot, Corey Norman, Nathan Peat. We got caught the last time we played them at their place. We understand the errors and have learned from the errors and how to approach the game. We just need to take those learnings with us now.

“I know the guys enjoy playing on the big stage, experiencing playing in front of a big crowd and hopefully that is the case at St James’ Park .”

Saturday’s game may not define Wakefield’s season, or indeed that of Toulouse. But it will most likely tell us whether the French side have the fight to survive, or will meekly slip back to the Championship drawing board and try again.