A stage of huge importance but at the end of it, not the huge gaps expected with less than two minutes separating the first 20 teams home, and 54 seconds separating the first 10 home. BMC took the win, four seconds ahead of Sky, with Quick-Step seven seconds off their time and Mitchelton-Scott.

Richie Porte might not have taken as much time as he wanted but he gained on everyone.

Geraint Thomas is just three seconds back on Van Avermaet and Van Garderen and will likely be an option for Sky well into the second week, important for Sky given Froome has ridden the Giro.

Adam Yates stayed upright and his Mitchelton-Scott squad repaid the faith in him as their sole leader with a fine performance that meant he lost just 9 seconds to Porte and even less to Thomas and Froome, not to mention taking plenty of time back on raw climbers to boot.

Movistar will be delighted that Mikel Landa and Alejandro Valverde are right on the heel of the Sky train, with Valverde having plenty of cobbled form.

Vincenzo Nibali had a satisfactory time trial ahead of a number of days that will suit.

Rigoberto Uran had a huge win today and is likely to be carrying form into the important tests given a quiet season, he now has a handy advantage over several main rivals.

We don’t know whether Tom Dumoulin is going for the yellow jersey or just stage wins, but he has a prime position and a team in form for the first week whilst others lost time.

AG2R might have wanted a little more from their team given the strength but Romain Bardet is close enough to strike and this was one of the big days for him.

Nairo Quintana would have been in the winners’ category had it not been for the first stage but as it was he now has quite a defect and this is before the cobbles and he’s a minute down on every one of his rivals.

Dan Martin lost over 90 seconds and already looks to have lost more than he can take back in the mountains.

Fernando Gaviria lost out on another chance for yellow despite his team’s excellent performance.

A more rolling stage but another sprint, and the last chance for the fast-men for two days. Poor them.

A crash took out a great deal of the field on Sunday’s second sprint finishes but already we know that Quick-Step’s Fernando Gaviria and Bora’s Peter Sagan are in top form. Gaviria’s first-day win was deeply impressive and it’s not hard to imagine him taking the beating once again if he can stay upright. Sagan already has a win and a second and those two tower over the field on form so far.

Arnaud Demare launched his sprint too early in both the intermediate and finale on Sunday – he also punctured too – and if the FDJ man can have a clean run then he will fancy his chances. There was a disappointment for Marcel Kittel when a puncture just 6 kilometres from the line, but he finished well on the first stage and Katusha will feel positive about his chances. We’ve not seen much of Dylan Groenewegen and Lotto-Jumbo so far with their short train not working out quite so well in the Tour although he was red hot before.

UAE-Emirates’ Aleksander Kristoff has finishes fourth and fifth in the two sprint stages so far, hardly bad start, although better chances might be coming for him later.

A solid day, although he would have hoped to take time on BMC instead of losing it. That said, he was happier with his physical condition, as he told Eurosport:

"I felt good, the legs feel good. Seeing as I haven’t raced since the Giro, it was nice to open up a bit. The last couple of days were a little nervy and not necessarily physical, but more mental. Today was the first day that we could open up properly. Today I felt good and the rest of the guys did a really good job. We can be happy with that.” 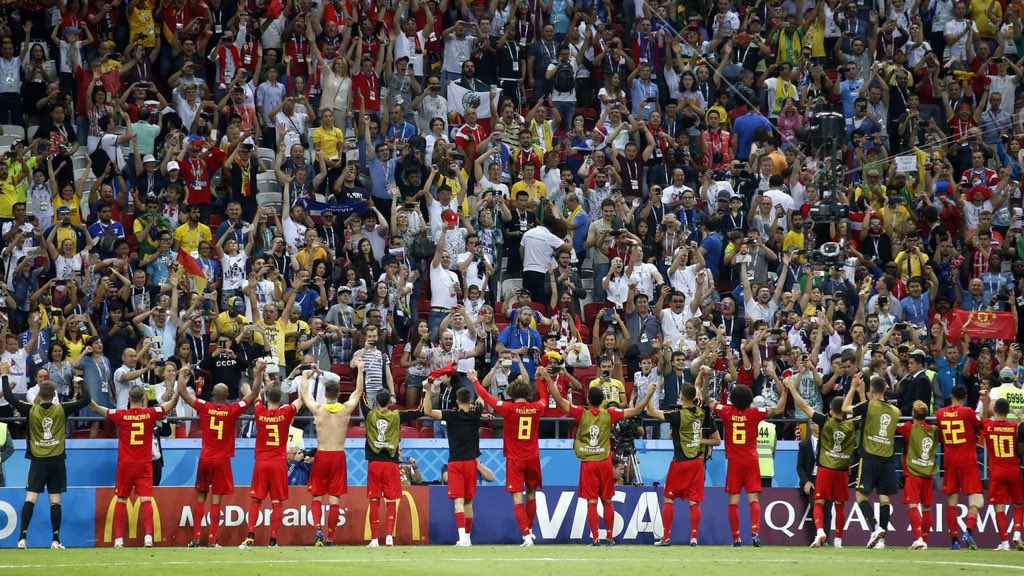