Football
News
Kolo Toure has told The Sportsman he owes much to Brendan Rodgers among others
Neil Goulding
16:21, 08 Dec 2022

Kolo Toure has no doubts he was destined to be a manager. But when you talk the talk, you’ve got to try to walk the walk, and that’s exactly what the legendary former Arsenal, Manchester City and Liverpool defender aims to do having taken his first management job.

Toure was officially unveiled as the new Wigan Athletic boss earlier this week, having penned a three-and-a-half-year deal with the Championship club. And with the Latics battling to avoid relegation this season, it’s little surprise Toure is going to call on all the experience he has gained working alongside some of the greatest managers in the game.

For the last five seasons Toure has worked closely with Brendan Rodgers, the Northern Irishman he describes as his “mentor”.

The former centre-back also played under the great Arsene Wegner, becoming a part of the famous unbeaten ‘Invincibles’ side that made history by winning the 2004 Premier League title. And at Manchester City he benefited greatly from the help of Mark Hughes, who originally signed him for the club, and then latterly the Italian Robert Mancini, the manager who kickstarted the Citizens' meteoric rise in the Premier League.

“There’s no guarantee to be successful just because you’ve played, but I’ve learnt from some of the best managers,” Toure tells The Sportsman. “They’ve all given me key advice, they all have strengths and skills. It’s been a great learning curve.

“I’ve been a footballer for a long time, but I did my apprenticeship and, for me, it was important to get that experience as a coach alongside a top manager like Brendan Rodgers. This the next chapter in my life and my career. I want to build and get better – and go as far as I can.” 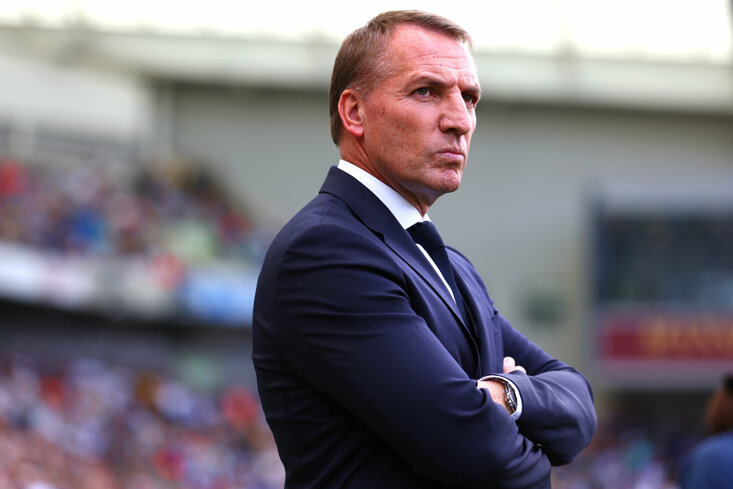 RODGERS IMMEDIATELY TOOK TOURE TO LEICESTER WITH HIM

Rodgers and Toure have worked together for a decade – and are now good friends, a relationship which developed after Toure’s playing days. It was Rodgers who offered him the chance to join his coaching staff at Celtic in his final year as player. The former Ivory Coast international won a magical treble of titles under Rodgers at Celtic Park and, when his friend left for the Foxes, there was no hesitation when Rodgers asked him to join him for a new adventure.

“When he went to Celtic I joined him straight away, that had always been the plan,” reveals Toure. “Working with Brendan has pushed me to want to become a manager. What he has done for me is incredible. He’s taught me so many different things which I’ll forever be grateful for.

“Brendan has a great sense of humour, he made me laugh a lot. But he’s a great motivator and he was a great tactician. He knew how to inspire players. But all the managers I’ve played for were great, that’s why they’re all top managers.

“Arsene Wegner is a great manager. He’s a great communicator, a very clever and intelligent man who I learned so much from. And then I’ve been lucky enough to play for Mark Hughes and Roberto Mancini, who are both great guys who helped me a lot.”

Toure knows he has one hell of a job to turn around the Latics’ fortunes, but he is a proven winner and enjoyed a distinguished 15-year career in the Premier League and 16 years at international level. He is determined to make his first manager’s job a success, and make Wigan a club the supporters can be proud of.

“The camaraderie amongst the players is what helps make winners. Being tight together, working for one goal. It has to be ‘us against them’. That’s it.”