This summer’s transfer deadline day has thrown up some tasty deals in what has been a sensational transfer window. There have been some exciting moves across Europe this window, including Lionel Messi to Paris Saint-Germain and Cristiano Ronaldo back to Manchester United and while it was a shame that they did not go through on deadline day to crown it the greatest of all time, there has been some excellent deals that has kept the magic alive.

We have seen another top European star make a return to a former club as Antoine Griezmann has returned to Atletico Madrid on loan from Barcelona with an obligation to buy for €40million. This stirred up quite a surprise on the final day because while everyone in the world of football knows of the Catalan club’s financial turmoil, Griezmann looked set to remain at the club at least until January. In a surprising twist in the Kylian Mbappe saga, the deal with Real Madrid was called off. The Spanish club pulled out after there was too little time to finalise the deal. They offered £189million for Mbappe which astonishingly, PSG did not accept and this could come back to bite them in the long run.

His return to Atletico Madrid coincided with Saul Niguez’s move to Chelsea, also on a loan move with an option to buy. The Spaniard’s arrival at Stamford Bridge has capped off a brilliant window for the west London club as they look to reclaim the Premier League title for the first time in four years. Another central midfielder that moved in Europe was Rennes’ 18-year-old Eduardo Camavinga who joined Real Madrid for a reported €35million. The young star was heavily linked with Manchester United over the course of the window, and while they desperately needed a new central midfielder, they clearly preferred the emotional return of Ronaldo instead. 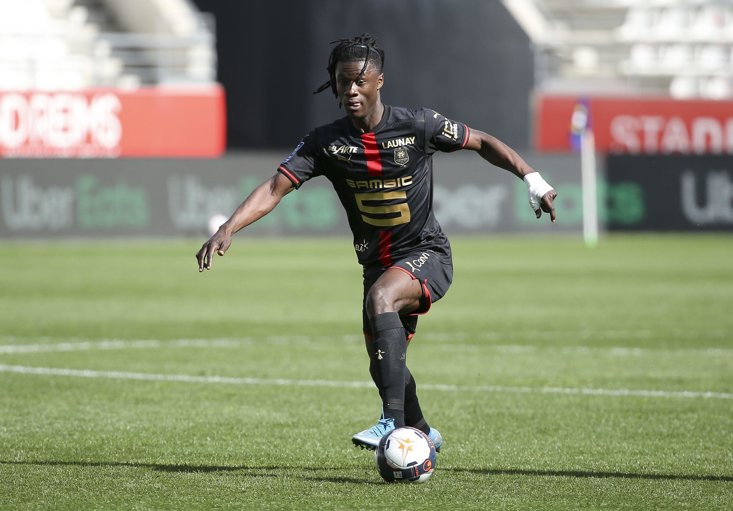 On United, they sanctioned the permanent exit of Dan James to Leeds United, two-and-a-half years after his move to the Yorkshire club from Swansea City collapsed – on deadline day! Arsenal defender Hector Bellerin left the club on loan to Spanish side Real Betis and they replaced him with Takehiro Tomiyasu of Bologna. Also in north London, Tottenham Hotspur sealed the signing of right-back Emerson Royal from Barcelona, the same window in which the defender was presented by the financially-troubled Spanish giants, while they also released Serge Aurier in the final few minutes of the window.

Elsewhere in the Premier League, Patrick Vieira bolstered his forward line at Crystal Palace with the signing of Odsonne Edouard from Celtic and another striker familiar to the league, Salomon Rondon, joined Everton. Meanwhile the Glasgow club also sanctioned a move for Ryan Christie to English Championship side AFC Bournemouth, who was joined by Swansea’s Jamal Lowe on the south coast, while Celtic also brought in striker Giorgos Giakoumakis and Jota on loan from Benfica.

Helder Costa of Leeds is on his way to Valencia on a season-long loan and West Ham continued their Czech success with the signing of Czech Republic midfielder Alex Kral on loan from Spartak Moscow. For all Chelsea’s summer success, they missed out on Sevilla defender Jules Kounde after that deal collapsed this evening while Wolves missed out on Renato Sanches and Kieffer Moore.

It has been a breathless transfer deadline day befitting the entire window, but now the focus turns to the action that really matters, on the pitch, until we do it all again in January.