Football
News
The new champions will be expected to kick on and win multiple trophies this season
Kris Voakes
06:55, 31 Jul 2021

This time last year Rangers were a team with loads to prove and a big hole in their trophy cabinet. Now, they are Scottish Premiership champions but still have plenty to prove.

Their first league title since 2011 was a massive statement of intent, and Steven Gerrard has rightly received great credit for leading the Gers to a comfortable 25-point success last time around. But if they are to really leave an impression on people in 2021-22, another SPFL triumph is the least they will need to win.

Such is the way of things in Scottish football that Celtic’s current troubles immediately translate to a big open goal for Rangers. If there is one criticism to be levelled at Gerrard and his side over their achievements last year it is that they failed to translate their league form into cup competitions. While their run to the round of 16 in the Europa League was more than commendable, domestic cup exits to St Mirren and St Johnstone were rightly seen as huge missed opportunities.

Under Gerrard, Rangers’ European form has been impressive to say the least. A group stage return in 2018-19 was bettered the following year when they were eliminated by Bayer Leverkusen in the round of 16 either side of the Covid-19 shutdown. The fact that last year’s bitter loss to Slavia Prague was seen as a let-down said much about the progress made.

And a decent return in the Champions League must be one of the main targets for Gerrard heading into this campaign. Their opening qualifying fixtures against Malmo provide them with a tricky start to their assault on the senior competition, but it is arguable that they are so much better than Celtic right now that they can afford to devote their full attentions to Europe for at least the opening few weeks of 2021-22. 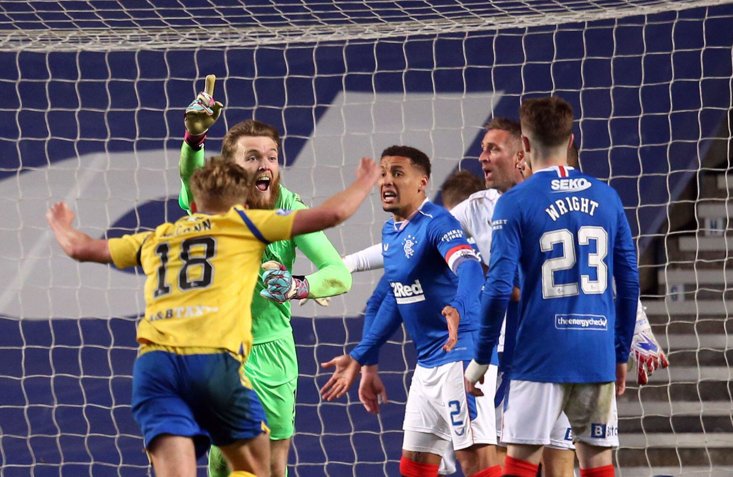 “I don’t think anyone can begrudge us the opportunity to play Champions League football,” Gerrard told Sky Sports recently. “But there’s going to be tough hurdles to get over. It will be Malmo first up, that will be a challenge but we’ll be ready. If we can get over that obstacle we’ll see what awaits in the next round.

“I’ve got the confidence and belief that if we have everyone fit and available and don’t have any Covid-19 interruptions, we’ll have a good strong squad that will give us a good chance to compete and progress.”

But there’s more than just the Champions League to think of too. Those defeats to St Mirren and St Johnstone ought to be held up as the painful reminders of what failure in domestic competition can feel like. Yes, they won the league with 102 points without a single defeat to their name, but they blew it in the Betfred Cup and they blew it again in the Scottish Cup.

Rangers are now the team that Celtic were a few years ago. They’re the favourites for every competition they enter and are Scotland’s biggest hopes of something to should about in Europe over the next few years. Betfred are offering 2/5 on them winning the league, and they're odds-on for the two cups too. It might seem full-on to claim that anything other than a domestic treble might be viewed by some as a failure, but that’s the reality of the Gers’ position right now.

They’ve added Fashion Sakala from Oostende and Sheffield United’s John Lundstram over the summer, as well as recruiting Bournemouth’s Nnamdi Ofoborh and bringing Manchester United’s Charlie McCann into their youth setup. There is increased quality and quantity available to Gerrard now, and assaults on multiple fronts must be a target as they approach Saturday’s opening game against Livingston at Ibrox.

Number 55 brought about a huge party, and while a 56th league championship would not pass without further celebration, expectations are higher on the blue side of Glasgow these days. 2021-22 is the season in which success across the board in Scotland will be demanded of Gerrard and his champion side.