Snooker
News
Trump will face either John Higgins or Yan Bingtao in the final at the University of Bolton Stadium on Sunday
Hector Nunns
22:34, 19 Nov 2021

The Juddernaut crushed the world No5 6-0 at the University of Bolton Stadium as he chases a first success in the prestigious tournament for winners over the past year.

Most view Trump as the game’s best player currently despite his world No2 ranking behind Mark Selby after winning 11 titles in the last two seasons.

And the former world champion will seek to claim another coveted prize and the £150,000 winner’s cheque over the best of 19 frames tomorrow.

Trump’s previous two finals in this event have resulted in defeats to Ronnie O’Sullivan and Neil Robertson.

Wilson had tempted fate before the match, saying: “I am chasing Judd down – and looking at who is above me.”

But that seemed only to light a fire within his opponent as Trump totally destroyed the Kettering player.

Trump, who will face either John Higgins or Yan Bingtao in the final, is looking for a first tournament success of this season with the UK Championship also looming next week.

Trump said: “Winning the first frame settled me down and after that I kept Kyren on the back foot.

“I stayed positive, there were a couple of frames where I got in first and I nicked them. You have to keep your foot on the gas and take the match by the scruff of the neck.

“You know if you don’t the top players can come back at you. I can play better and have not really stepped out of second gear this season so far and nowhere near my brilliant best. 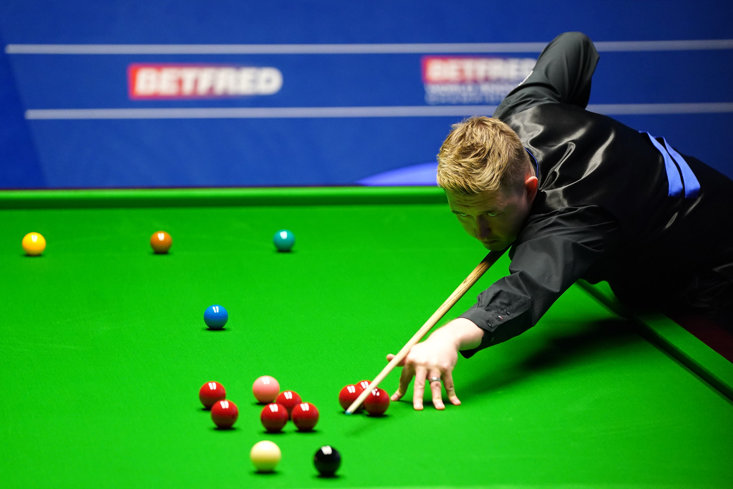 “My B and C games seems to be good enough against some of the top players.”

Wilson looked edgy and uncertain from the start, and Trump took advantage of multiple errors to surge into a 4-0 lead at the interval helped by breaks of 88 and 82.

After the break Wilson had chances to claw one back but allowed Trump to move five up with six to play. And he soon closed out the contest – the first whitewash in a longer match between the pair.

Meanwhile John Higgins knows the biggest doubter he has to prove wrong is himself.

The 46-year-old Scot takes on Chinese rising star Yan Bingtao in the semi-finals of the Champion of Champions at the University of Bolton Stadium on Saturday night.

Even though four-time world champion Higgins, 46, has beaten the 21-year-old twice this season, the memories of losing to him in the Masters final in January are still fresh.

And despite his 30 years on tour and 31 ranking titles Higgins appeared at a crisis career crossroads after losing the recent English Open final 9-8 to Neil Robertson.

It was a second successive 9-8 final loss after Mark Allen beat him in Northern Ireland.

And in an emotional live TV interview earlier this month a very raw Higgins said: “I think these last two finals have shown that I have not got it at this level.”

However after a 6-1 thrashing of old rival Ronnie O’Sullivan in the quarter-finals at the Champion of Champions – an event he won in 2016 – the pain had eased a little.

Higgins said: “I know some people are saying that was a crazy statement from me, but until I get to that position to get over the line again we will never know. 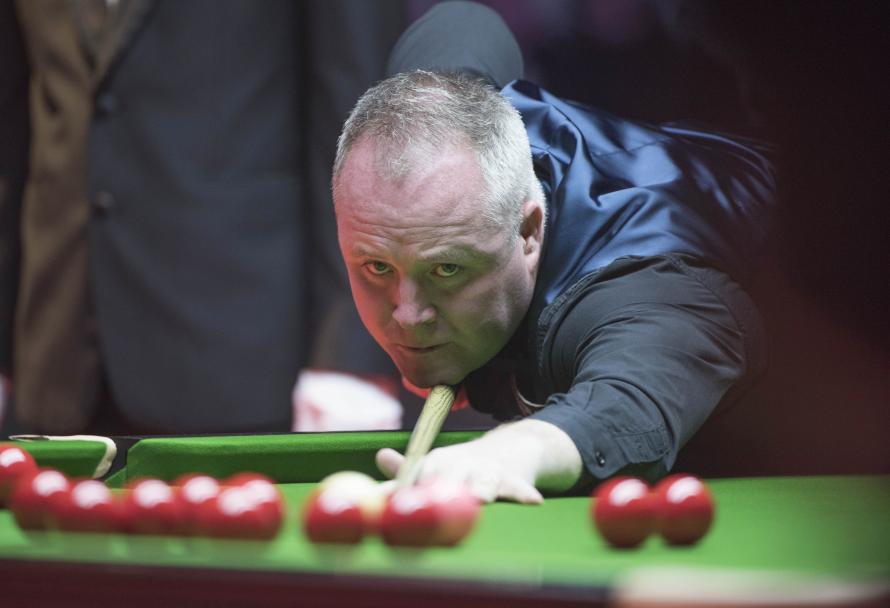 “But I am one match away from giving myself another chance to do it and I’ll be trying my damndest on Saturday night.

“Maybe it was half heat of the moment in Milton Keynes, you are clearly disappointed after losing a second final 9-8 in a row.

“I hope that speech after the English Open gets replayed in the future – for the reason that I have won something again.

“Maybe like that Steve Redgrave moment where he said ‘Shoot me if I get in a boat again’ and then won another Olympic gold medal four years later.”

Higgins as one of the first to see Yan’s talent at first hand, when he and Stephen Maguire lost in the World Cup final to the then 15-year-old and Zhou Yuelong.

He added: “You could tell from then there was something different about him compared to the other young players – it was just his manner and steely will to win.

“He is a great competitor and even losing has never shake his confidence, he’ll still look you in the eye.

“And I have always sought him out for a practice if I have been in his Academy in Sheffield! Sometimes it is the other way around, with the young players asking you.”