Football
News
Usually relegated Premier League teams are favourites for promotion, but Burnley have problems on and off the field to contend with
Joey Mills
08:35, 25 May 2022

The ray of light still flickered dimly as Burnley kicked off their final-day clash at home to Newcastle United. But by the final whistle, that fickle glimmer had been extinguished. Their mission at the start of proceedings was to better Leeds United’s result. But while Jesse Marsch’s men beat nine-man Brentford 2-1, the Clarets were beaten by the same margin. After five seasons in the top flight, Burnley were relegated.

The assumption when a team drops out of the Premier League is that they will be well-placed to return in short order. Norwich City have made an almost exact science of it, spending seemingly every season as either Championship title contenders or top flight relegation fodder. Parachute payments often give relegation sides financial muscle that outstrips their new Championship peers. But despite their long tenure in the Premier League, there are precious few building blocks for Burnley. The ground is rapidly giving way at their feet.

ALK Capital bought the football club using a leveraged buy-out similar to that seen at Manchester United. A £65 million loan was taken out against the club itself in a highly-controversial move. The terms of that loan were that the full balance would need to be paid off by December 2025. However, this was contingent on Burnley retaining their Premier League status. In the event of relegation, the vast majority of it comes due with almost immediate effect. Putting aside the usual financial hit from dropping out of the Premier League, the loss of television revenue, competition prize money and commercial revenue, Burnley now find themselves millions of pounds worse off due to loan repayments.

Facing a season in the Championship with a vastly-reduced war chest, Burnley’s situation is worsened by the state of their squad. The Lancashire club have the contracts of nine first team players expiring at the end of June. Ben Mee, who has spent time as a coach this season, Jack Cork and Ashley Barnes do have options for a year’s extension, but it is unclear whether these will be taken up. The likes of Aaron Lennon, Matej Vydra and Dale Stephens face an uncertain future, while it has already been confirmed that James Tarkowski will be moved on. For a club with depleted funds, a huge chunk of their squad could need replacing quickly. 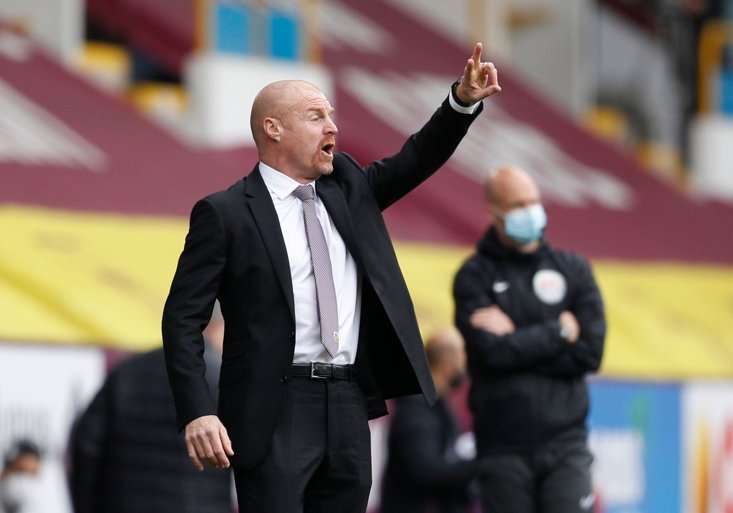 after a decade in the hot seat, sean dyche was sacked this term

Plenty of those left over will probably interest rival clubs too. It is hard to picture Dwight McNeil spending next season in the Championship, while relegation is not what striker Wout Weghorst signed up for either. England international Nick Pope will likely want to move on in a World Cup year. Maxwel Cornet has shown flashes of brilliance this season, and he has a £17 million release clause in his contract. The fact Burnley could lose their most gifted talent while receiving a fee that barely makes a dent in their bills is painful for supporters and ownership alike.

A balance sheet covered in red ink and a dressing room that is emptying at an alarming rate are still not the end of Burnley’s issues. The flux also extends to the coaching situation. The club sacked Sean Dyche after a decade at the helm, replacing him with a caretaker in the form of under-23s boss Mike Jackson. The former Tranmere Rovers boss surely put himself in the frame for the permanent job, despite the club dropping down. Other names mentioned are Vincent Kompany of Anderlecht and Bodo/Glimt’s Kjetil Knutsen.

Whoever is in the hot seat and whatever the identity of Burnley’s starting eleven on the opening day of next season, they face a mammoth task. Far from becoming instant promotion favourites like many relegated Premier League teams, Burnley will be attempting a complete rebuild on a reduced budget. The Dyche sacking felt like the end of an era. Now the race is on for Burnley and ALK to kick-start another.