Football
News
There was a time when games on December 25th were commonplace
Matthew Crist
10:00, 25 Dec 2019

With football fixtures crammed into the yuletide calendar like an onion up a parson’s nose, Christmas Day appears to be the only date when our overworked stars are afforded a well-earned rest. Funny, then, that December 25th was once one of the busiest days of the footballing year.

We constantly hear from managers and players alike that there is too much football played at this time of the year. But, believe it or not, there was a time when Christmas Day itself was just like any other when it came to fulfilling football fixtures.

The first-ever Football League game on Christmas Day was played in 1889, as Preston North End beat Aston Villa 3-2 and the idea quickly caught on as bumper crowds took advantage of a rare day off and flocked to see their heroes in the flesh.

In 1888, Everton had even played two matches on Christmas Day, as well as fulfilling their traditional Boxing Day fixture, no fewer than three high-octane matches in just 36 hours.

They entertained Blackburn Park Road at Anfield in a Lancashire Cup tie in the morning and then played an exhibition match against Ulster FC in the afternoon, before making the short trip to Bootle for a Boxing Day fixture just 24 hours later.

Due to travelling constraints Christmas Day games usually pitted local rivals against each other, often resulting in a number of tasty tussles played in anything but the spirit of Christmas - like in 1890 when Blackburn Rovers took on Darwen and players and fans clashed both on and off the field.

In the early part of the 20th century, Christmas Day itself was one of very few public holidays throughout the year, enabling football-hungry punters the opportunity to go to a game with friends and family rather than snoozing in the armchair or playing charades.

During the inter-war years Christmas Day football grew in popularity, and the many thousands of fans that ventured out on December 25th were provided with something of a festive treat at the most wonderful time of the year. 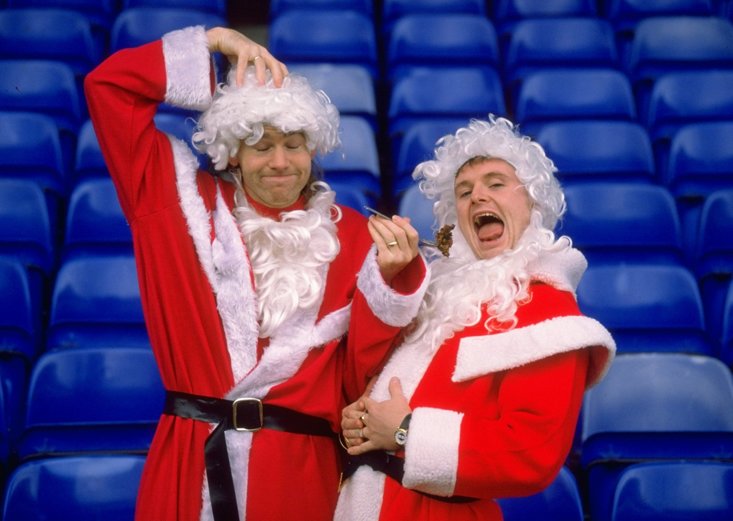 None more so than in 1940, when merry match-goers enjoyed a feast of goals as Southend beat Clapton Orient 9-3, Bournemouth thrashed Bristol City 7-1, Mansfield hammered Stoke 7-2, while Bury and Halifax fought out a 5-5 draw.

On the same afternoon the craziest of double headers saw Leicester City lose 5-2 at Northampton in the morning and then, following a few hours’ recovery and no doubt a hearty lunch, they met back at Leicester that afternoon with the Foxes exacting revenge thanks to a 7-2 victory.

If anything, the Christmas Day meetings acted as an appetiser for the main course which would be served up on Boxing Day; providing fans with second helpings of seasonal soccer while festive feuds spilled over like a family get-together at the in-laws’.

Heavy Christmas Day defeats were often swiftly avenged as the form book was thrown out of the window in the same way that an old Christmas tree is jettisoned in January, while on-field feuds were kept simmering before being reheated 24 hours later.

In 1914, Oldham Athletic played out a 1-1 draw at Bradford Park Avenue, then on Boxing Day hammered them 6-2 at home, while Sheffield Wednesday beat Spurs 3-2 at home in a real thriller, before being defeated 6-1 in North London 24 hours later.

However, by the 1950s the tradition of Christmas Day football was on the wane as floodlit games allowed for a less-congested season and crowds started to dwindle with fans actually choosing to stay at home with their families, perhaps by choice, or maybe due to the fact that public transport became less reliable. 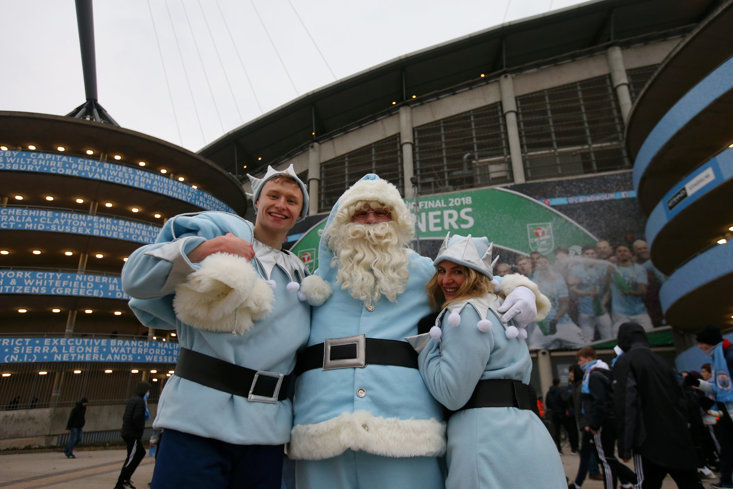 The last full Christmas fixture list in England was played in 1957 as Blackpool beat Leicester 5-1, Manchester United overcame Luton Town 3-0 and  Sheffield Wednesday and Preston played out a dramatic 4-4 draw. That same day Chelsea beat Portsmouth 7-4, with a young Jimmy Greaves finding the net four times for the Blues.

In Scotland, which only saw the occasional game take place on the big day itself, the last round of league fixtures was on Christmas Day 1976 with Clydebank drawing 2-2 with St Mirren and Alloa Athletic beating Cowdenbeath 2-1.

As recently as 1983 Brentford scheduled their game against Wimbledon for 11am on December 25th, but a number of supporter-led protests forced the club to play the game on Christmas Eve instead with Wimbledon eventually winning 4-3. The last Premier League match to be played on December 24th was in 1995, when Leeds beat Manchester United 3-1 in a lunchtime kick-off.

The likelihood of a return to yuletide meetings anytime soon looks increasingly unlikely, even at a time of blanket TV coverage right across the holiday period when a hungry TV audience of millions gorge themselves on generous helpings of football for days on end.

But, for one golden period in the game’s history, Christmas Day served up the kind of entertainment that would put EastEnders, Coronation Street or Downton Abbey to shame.