Snooker
News
The 'Milkman' has to have his stomach pumped after birthday celebrations
Hector Nunns
22:00, 08 Mar 2022

Robert Milkins faces disciplinary action and fears receiving a stiff fine he can ill afford after ending up in a Turkish hospital following a marathon birthday drinking session that turned ugly.

The player known as ‘The Milkman’ turned 46 on Sunday and arrived at the glitzy red-carpet opening ceremony for the inaugural Turkish Masters in Antalya very much the worse for wear.

The world No44, who has had a dreadful season on the table, became embroiled in an altercation with guests at the VIP bash for players and dignitaries.

And after falling and splitting his chin open in the toilets there was then a heated exchange with WPBSA chairman Jason Ferguson.

Milkins was rushed to a nearby hospital where he also had his stomach pumped and was collected and brought back by pal and former European Masters champion Jimmy Robertson.

The incident was highly embarrassing for the snooker authorities on a first visit to a new territory with huge potential. To complete a catastrophic 48 hours personally, Milkins then crashed out of the tournament 5-4 to China’s Ding Junhui on Tuesday – losing the last four frames after leading 4-1.

Gloucester’s Milkins is known on the circuit for using The Worzels’ ‘ I Am A Cider Drinker’ as his walk-on music - and has earned only £9,500 this season to date.

The contrite player said: “I drank far too much, and something happened. I genuinely don’t know exactly what and cannot remember details - I was in a state where I didn’t know where I was.

“It was my birthday and I had been drinking for a long time but that is no excuse and I know that. I don’t know why, I did all this when I was in my 20s.

“I don’t remember what happened with the hotel guests or Jason Ferguson – none of it. I can only apologise to any guests I offended that night. I wouldn’t have known who it was.

“And I have apologised to the organisers and the hotel. It is the first time snooker has come to Turkey and my behaviour was totally out of order.

“When I got to the toilet I lost my legs and think I hit my chin on the sink or the ground, cutting it open. I was almost knocked out, and I’m pretty sure I have broken ribs.

“If I had my stomach pumped I don’t remember that either. And Jimmy Robertson, who I was sharing with, brought me back.

“It was touch and go whether or not I would be thrown out of the tournament before I even played my match today. I told them I didn’t really want to be here after what happened.

Live Snooker
@Livesnooker
Ding Junhui 5⃣-4⃣ Robert Milkins
The 🐉 recovers from 4-1 down to scrape through in a deciding frame. 👏
#NirvanaTurkishMasters 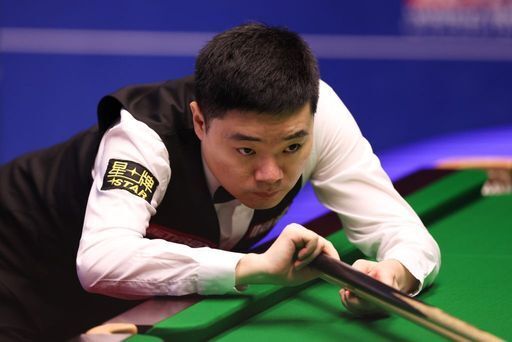 “I love it here, I have been on holiday here before and I just hope they let me back and didn’t come here looking to upset anyone. I have to move on.

“I can understand why people are embarrassed and concerned and I will have to take whatever punishment I receive. It won’t be happening again, anyway.

“I don’t care about myself these days, I only play to try and support my kids at the moment. And I have let them down as well, which is the worst and most important bit.

“I really can’t afford a big fine anyway if that’s what I get if you look at what I have earned this season, I’d have to pay it in instalments.

“Whatever I say now won’t make it right. Maybe it was karma for me to then lose 5-4 after being 4-1 up against Ding. In the match I played well to get the big lead.”

World Snooker Tour confirmed that the incident has been referred to the WPBSA disciplinary committee for consideration and potential sanction.

However it was an overdue return to form for Chinese superstar Ding, who has been overtaken in the rankings by young pretenders from his home nation. He rattled in breaks of 131, 105, 81 and 55 to rescue the match and set up a showdown with world No5 Kyren Wilson.

In-form Iranian Vafaei, 27, showed no mercy to the Germany-based 25-year-old wildcard and with a high-break of just 75 didn’t need to be anywhere near his best to complete the rout.

Vafaei is up to a career-high world No19 and now close to securing a place in the elite Tour Championships for the top eight performers of the campaign later this month.

He said: “Enes doesn’t have much experience but if he keeps practising he will improve, and hopefully there will be players from Turkey on the main tour soon. I had a few fans come from Iran and Istanbul to support me today, and was very grateful for that.”

Teenage Ukrainian star Iulian Boiko continues to defy all the worries for his family and war-torn nation with brave displays on the snooker tour – and on Tuesday beat amateur Simon Blackwell 5-4.

There was some fortune for Boiko ahead of the event as he was due to play the in-form Neil Robertson before the Australian pulled out. The 16-year-old, who plays Andrew Higginson on Wednesday, said: "The Ukrainian nation motivates me to play better and to fight because of what people are going through.

“I am doing it for them, they are my inspiration.  I am really motivated and really proud to be Ukrainian. I hope we will get through these difficult times. You can't just ignore the news - but then it's hard to focus on snooker.  It's really terrible.”