Football
News
The Swedish forward has been scintillating since joining Tottenham on loan from Juventus in January
Conor Keane
10:35, 16 Apr 2022

Tottenham Hotspur are firmly in the driver’s seat to secure fourth spot in the Premier League and an emphatic return to the Champions League under Antonio Conte.

The Italian is living up to his glowing reputation as a coach and has transformed his side in a short space of time from Europa Conference League strugglers to the prolific force that they are now.

The former Inter Milan boss has reunified the dressing room and has got Spurs ticking once again, with their intense attacking football reminding fans of the good old times under Mauricio Pochettino. For all of Conte’s strong leadership, he has not transformed this team alone and some credit has to go to the players who have picked up following his arrival as well as his January recruits.

The one mid-season signing who has had a starring role since arriving in north London is Swedish attacker Dejan Kulusevski, who has been a revelation since his loan switch from Juventus. He has been one of the most in-form attacking players in the league since the transfer window closed alongside his partners Harry Kane and Son Heung-min, and the stats prove it.

Since his first start for Spurs in February, no one has assisted more goals in the top-flight than Kulusevski (6, the same number as Harry Kane in this period). This just emphasises that Spurs have arguably had the best performing attacking trio in the second half of 2021-22, with their link-up simply looking mesmerising at times. Seven wins in their last nine league matches has seen them soar into fourth, three points clear of rivals Arsenal with seven games to go.

Sky Sports Premier League
@SkySportsPL
"As long as you've got that you can win games you don't deserve to."
How important are Harry Kane, Heung-min Son and Dejan Kulusevski for Tottenham? ⚪
46
499

The 21-year-old could be set to make Premier League history this weekend at White Hart Lane. If the youngster was to record his seventh assist against Brighton & Hove Albion, he would become the first player ever in the division to do so in his first ten starts.

From when he first pulled on a Spurs shirt, Kulusevski has slotted into Conte’s attack with such ease and he has complimented the dynamic duo of Kane and Son well - so much in fact that they might now be the tremendous trio.

In fact, since he made his Premier League debut back in February, Kane (13), Son (12) and Kulusevski (9) himself have had the most goal involvements in the top-flight, which is a testament to the work Conte has done but also at how well his new forward has settled in his new environment.

In recent weeks, with Spurs expressing some fantastic attacking play, it would have been easy to be fooled into thinking that their new winger has been a part of this front three for years. In the recent games against Aston Villa and Newcastle United, where the team were scoring goals for fun, it was as if these three stars all shared the same mind as their passes to one another and reading of movements were like second nature to them.

After two years of stagnation at Juve, the Tottenham challenge came at the right time for Kulusevski to prove himself, and it is clear that Conte has had a positive impact on his football - even if he’s banned him from consuming sweets and sugary drinks. This change in diet appears to have worked a charm, and it was similar to what Conte did with Romelu Lukaku at Inter which helped the current Chelsea striker take his game to the next level. 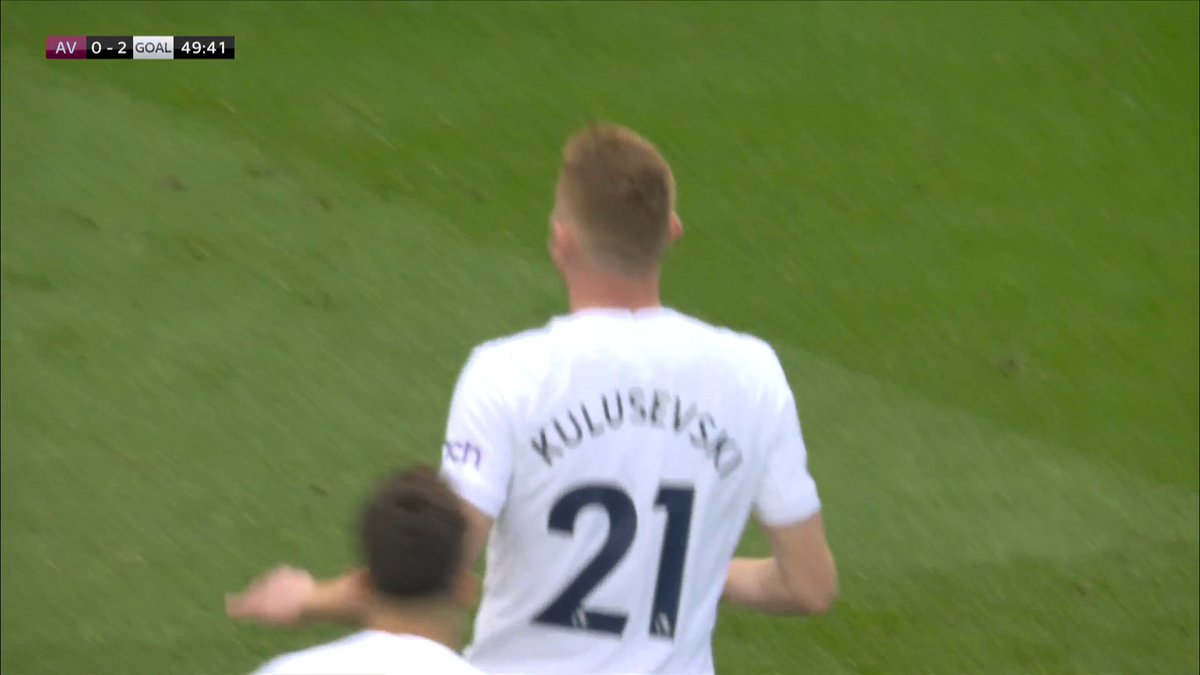 What is also interesting to note about Kulusevski’s resurgence under Conte is his ability at helping his teammates out of possession. The Sweden international boasts a 67% tackle rate which seems quite high for an attacker, but this just accentuates the desire the manager has of all his players in showing the same commitment getting back as they do bursting forward.

He has added another dynamic of quality in N17 and after a quick start to life in the English capital, his form is making the decision to make his deal permanent a significantly easier for Daniel Levy and the board to make ahead of a busy summer. He has so many attributes that you want from a player and to have them at a young age, he is just the sort of star that Spurs need to invest in to help propel them back into title contention.

The summer window is set to be an exciting one in this part of north London but signing tying down Kulusevski has to take priority for Spurs and Conte. And with Spurs reportedly having a £29.2 million buy option on him at the end of his loan, taking him permanently seems like the best decision for all parties.