It’s the fight we all want and it may have taken a giant step closer to happening after Eddie Hearn revealed he expects a deal will be done for Tyson Fury and Anthony Joshua to meet in December.

The two, who together hold all four major belts in the heavyweight division, will go head-to-head, it is hoped, in a Battle of Britain to determine the undisputed champion of the world though they must both first overcome hurdles to make the bout. While Fury must take on Deontay Wilder again after spectacularly slaying the American in Las Vegas last month, Joshua must navigate his way past IBF mandatory challenger Kubrat Pulev on June 20. Fury’s rematch is expected to take place a month later this summer.

"There's no reason why we can't put that deal in place now for the winner of those two fights," Joshua's promoter Hearn said as reported by The Guardian.

He added he had reached a point in talks with Fury's US promoter Bob Arum "where we're ready to conclude a deal and try to move forward to get that deal done for December".

"We've just got to iron out some basic things like broadcasters and where the fight is going to take place, but I believe there's a real desire from both sides to get that fight done now.

“To have two British heavyweight champions is unbelievable but to have them fighting for the undisputed championship is something that will never, ever happen in our lifetime again.” 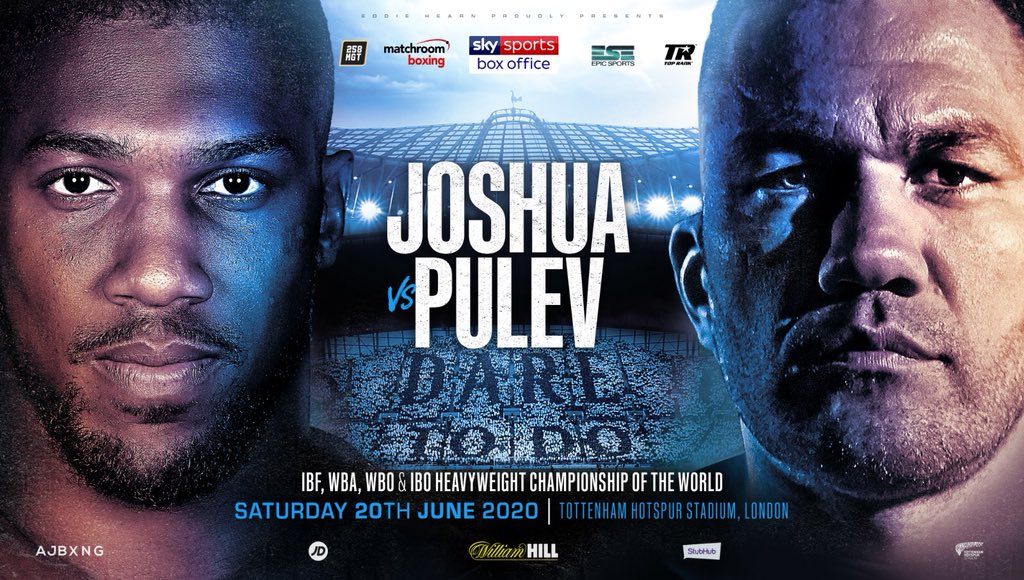 Hearn, clearly as excited as fans about the potential fight, insists such a match-up doesn’t come around often but admits it won’t be all plain sailing. However, that’s not stopping him from ensuring an agreement is made as soon as possible.

"December limits us in the UK, it just really leaves us with the Principality Stadium [in Cardiff], so we're going to look at all options but first thing's first, let's get the deal papered and know exactly where we stand.

"So we've got to make it happen, let's get the deal made now and let those guys concentrate on their big fights in the summer."

With news this week that DAZN is to launch an English language boxing service to 200 countries across the globe, Hearn also hinted that a decision on where the fight will be shown has also grown closer, with ESPN, Sky and BT all in the mix.

“The only thing to sort out is probably the structure of the TV rights which again, I think we’ve found a solution for and where it’s going to be,” he told Boxing Social.