Fight fans are in for a real treat in the Octagon this weekend with UFC 261 serving up a blockbuster night with three title fights this weekend. Here’s everything you need to know...

Where? After a year long hiatus from the sport, full crowds will be returning to the UFC this weekend at the VyStar Memorial Arena in Jacksonville, Florida

When? For UK fans, the event will take place in the early hours of Sunday, April 25 and can expect the card to kick off around 3am, with the headline fight likely to start from 6am.

How To Watch? Luckily for UK fans, UFC 261 will not be a PPV event and will be shown on BT Sport 1 with coverage beginning at 1am. It will also be live streamed on BT Sport’s website and app for subscribers.

Kamaru Usman will have UFC heavyweight champion Francis Ngannou in his corner as he looks to defend his welterweight title for the fourth time, and for a second time against Jorge Masividal in Florida this weekend. Usman totally dominated ‘Gamebred’ when they met in the Octagon last July at UFC 251, but given Masvidal only had six days’ notice and had to cut 20lbs, we could see an entirely different fight this time around. 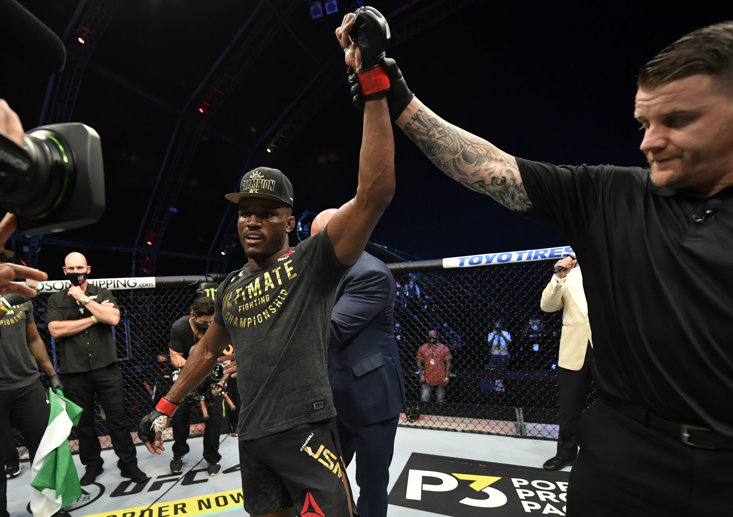 Masvidal: “The type of person I am is … I’m not gonna dim your light to make mine brighter, no, I’m just gonna make my light as bright as I can. This man has been constantly throwing disses at me and I just don’t believe anything he says. I know the coward that he is. I’ve known this guy for quite some time, he’s from South Florida.

“He’s a guy that’s coming up asking for pictures four, five years ago and now you’re this thug life guy? I don’t believe it, man.”

Usman: “He has to say what he needs to say in order to sell the fight. I was told earlier that he called me a coward... That's pretty harsh when the guy is giving you two chances and you made the most money you've ever made in your career.

“That's kind of tough. You're fighting in a title fight, back-to-back times. To call the guy coward - that seems silly to me."

Zhang Weili makes the second defence of her UFC strawweight title against former champion Rose Namajunas. Weili’s last outing against Joanna Jedrzejczyk at UFC 248 last March is widely considered to be one of, if not the, greatest women’s UFC fight of all-time so the bar for expectation is set pretty high on this one. 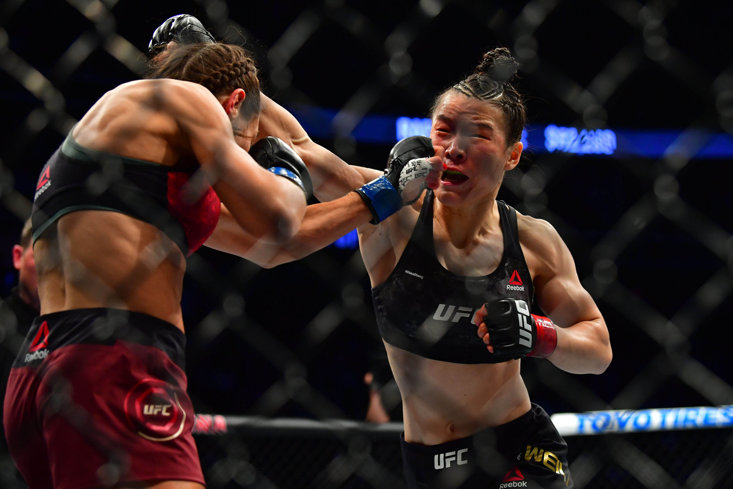 In the third title fight of the night, women's flyweight champion Valentina Shevchenko defends her title against Jessica Andrade. Shevchenko was made to work in her November clash with Jennifer Maia and with Andrade impressing in her first-round stoppage of Katlyn Chookagian in October, there’s a feeling that there could be the chance of an upset in this one.