Ufc
News
Where? When? How To watch? We've got you covered ahead of a blockbuster night in the Octagon
Kieran Spratt
06:55, 18 Jan 2022

The UFC enters the new year with a bang this weekend with one of the biggest heavyweight MMA fights of all time. A new undisputed heavyweight champion will be crowned when Francis Ngannou takes on former teammate and interim champ Ciryl Gane in California.

This titanic tussle is quite simply one of the best fights that can be made in the Octagon right now, and we’re getting it inside the first month of 2022! Here’s everything you need to know about the blockbuster event that also sees Brandon Moreno defend his Flyweight title against Deiveson Figueiredo.

Ngannou vs Gane: Tale Of The Tape 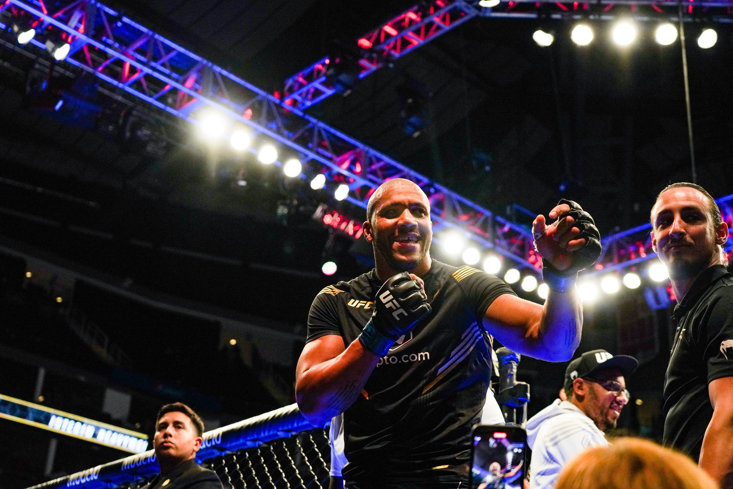 “That fight’s ridiculous—one of the best if not the best heavyweight matchup ever. You got two guys that train together, two guys that had a falling out now and don’t like each other

“One guy has unbelievable knockout power and the other guy moves around like a middleweight, probably the best technical striker in heavyweight history. So I mean, you couldn’t ask for a better matchup.

“They’re both champions. You got one (who) has the interim title; the other one has the title. Everything’s on the line—and how in-depth the bad blood is between the camp. You just couldn’t write a better story than this.” [Dana White speaking to BT Sport]