Ufc
News
Here's everything you need to know ahead of a big night in the Octagon in Texas
Kieran Spratt
06:55, 07 Feb 2022

The UFC is back with its second numbered event of the year. Following January’s blockbuster heavyweight showdown between Francis Ngannou and Cyril Gane at UFC 270, 2022 continues to get even better for MMA fans as this Saturday sees the hotly-anticipated rematch between UFC Middleweight champion Israel Adesanya and Robert Whittaker.

Adesanya stopped the New Zealander at UFC 243 back in 2019 to win the title, but Whittaker is desperate for revenge and will be eager to show The Last Stylebender that he means business. Adesanya remains unbeaten at middleweight but lost to Jan Blachowicz last year at light-heavyweight. Whittaker, on the other hand, bounced back well from his defeat, claiming consecutive wins over Kelvin Gastelum, Jared Cannonier and Darren Till.

When: Saturday, February 12, 2022. Prelims will kick off at 1am UK time on Sunday morning, with the main card kicking off at 3am. The main event can be expected at approximately 6am

How To Watch: BT Sport 1 (coverage starts at 1am UK time) 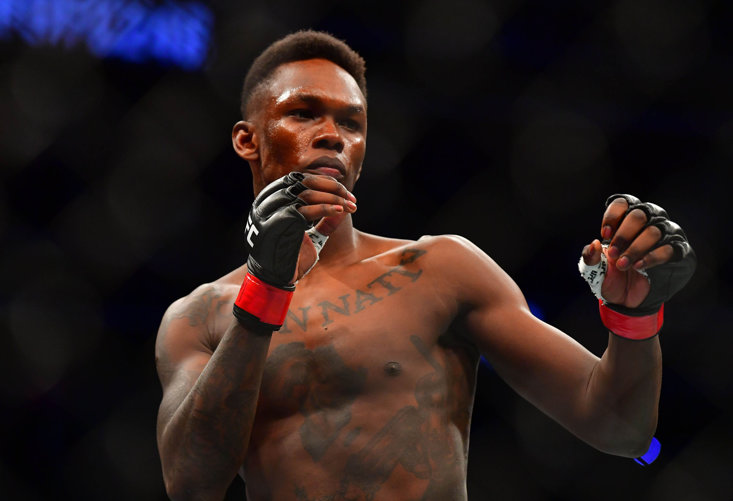 “He’s going to be in for a rude awakening when he feels me because the first time we didn’t clinch. I hope to clinch with him this time because every time they do it and they realize, ‘Oh he’s a lot stronger than –’ they all say that. They think they know how strong I am until they feel me, then they’re like, ‘Oh sh*t.’” [MMA Junkie]

“I respect him just doing his thing. That’s the thing. While I think his behavior’s a little [out there] sometimes, he’s staying true to it. He’s still doing it. He’s just him. I guess that’s the long answer: I don’t hate the guy.” [MMAFighting.com]