Some fights are more important than rankings, title shots and legacy. Some are even more important than money. Some fights are deeply, violently personal. This Saturday, Colby Covington and Jorge Masvidal meet in the main event of UFC 272. While the pay-per-view event takes place at the T-Mobile Arena in Las Vegas, you get the idea the two combatants would happily settle their differences in the car park. It is common for combat sports events to be sold on the facade of a personal grudge. In the case of Covington and Masvidal, this is no promotional bluster. The hate is real.

Saturday’s combatants are former gym-mates and friends. Best friends, if you believe Covington. Masvidal took ‘Chaos’ under his wing, and brought him into the fold of the venerated American Top Team stable. The Floridian even gave Covington the use of his trainer, Paulino Hernandez. When they met, Covington was just 1-0 as a pro. By the time they bitterly parted ways, the Cuban exile had steered his charge to the interim UFC Welterweight Championship. It was the fallout of that victory that sowed the seeds for the UFC 272 main event.

Hernandez was working on a handshake deal with Covington, that would reportedly net him 5% of Covington’s pre-sponsorship fight purse. However, once the belt was in the Californian’s possession, he underpaid the trainer. According to Hernandez, he received just $5000 of the agreed $17,500 cut. Covington disputes this, but Masvidal himself is in agreement with his trainer. Speaking to MMA Junkie, the former ‘BMF’ champion recalls, “He betrayed my coach, didn’t pay him the money that was agreed upon, and I knew since then I’m gonna hurt this guy.”

These actions were the straw that broke the camel's back, but Masvidal spoke in the same interview of how he began “separating myself from this guy” while at American Top Team. Covington had made offensive and xenophobic remarks after a fight in Brazil, which drew the ire of some of ATT’s South American contingent. From that point on Covington leant into a right-wing persona, courting White House approval from Donald Trump and scorn from his sport. The evolution of Covington from humble teammate to ‘MAGA’ firebrand alienated American Top Team.

Team owner Dan Lambert told MMA Junkie about how dark things got inside the walls of his gym, and how close ATT came to losing not just Colby, but Jorge as well. “Yeah, it got toxic,” he remembered, “Their situation got to the point where it was affecting people inside the gym, and I couldn’t keep it under control. And at one point, we had to tell both of them to leave.” 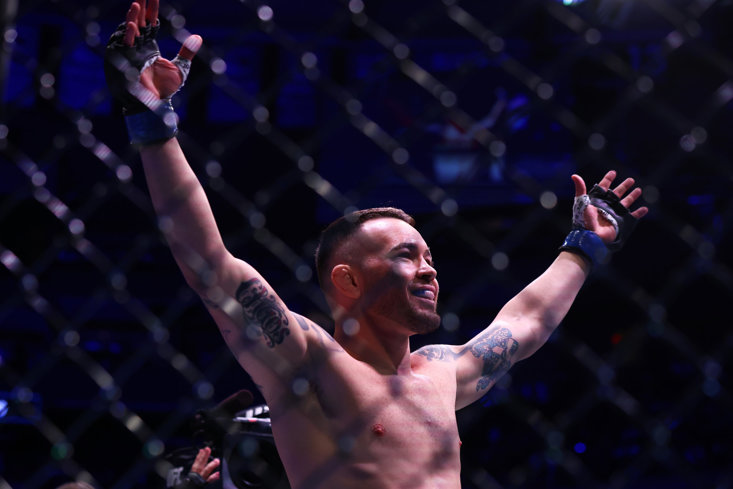 The matter was resolved with only Covington moving on, aligning himself with MMA Masters in 2020. But the bad blood still festers, and the plasma has already bubbled to the surface in the build-up. Covington turned up the heat, saying "I'm not your teammate. I'm not your roommate, Jorge. Now I’m just your Daddy.” Masvidal retorted, “If you would sell out our friendship so quick like that, we never had a friendship."

This bout sees the number one-ranked welterweight in the world face the sixth on the list. The fact very few are talking about what a high-quality match this is in terms of skill and impact shows you how deep the rivalry runs. But putting aside the tensions, this is match-making of the highest order. Both men have found only the challenge of facing the incomparable Kamaru Usman to be beyond them in recent years. Beyond the generational talent of the UFC Welterweight Champion, who has defeated Masvidal twice and Covington once, these are arguably the best fighters the division has. The resulting fight promises to be an absolute treat, from both a technical perspective and with the added seasoning of genuine dislike. Whether each man does enough to earn the respect of the other remains to be seen, but what is for certain is that this bout will provide an unmissable spectacle.

Jorge Masvidal is 13/5 to upset Colby Covington with Betfred