Ufc
News
The main events of the night in Las Vegas sees the middleweight and featherweight titles at stake
Steven Allen
06:55, 02 Jul 2022

Every few months, we get a pay-per-view card from the UFC that truly lights up a weekend. We’re not saying that there are big drops in quality, most fight cards often hide surprise knockouts that make it incredible, as is the nature of the sport, but this weekend we return to PPV for one of the best cards of the year.

In Las Vegas, Nevada, we’ve got two title fights, a card with four fighters to currently or have previously held a belt in the UFC, as well as a fight between two of the longest serving fighters of all-time. This will all be preceded by the official UFC Hall of Fame ceremony for 2022 and the inevitable announcement of further PPV events this year, perhaps one headlined by a certain ‘Notorious’ returning Irishman.

When: Event starts from 11pm BST

How To Watch: Early Prelims are available on UFC Fight Pass from 11pm BST and BT Sport coverage begins at 1am. The event is expected to end between 6am-7am.

Israel Adesanya’s aura has him at the top of MMA as a sport. Highlight reels of him dominating opponents with Anderson Silva-esque creative brutality are enough to make an opponent sweat, but the reality lies a little wider of the mark. 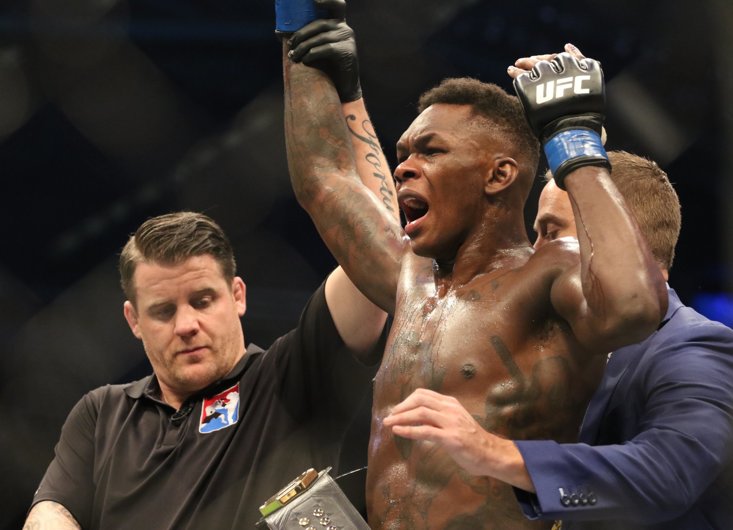 The Nigerian-born Kiwi's one loss in his 23 career fights came as he stepped up to face Jan Blachowicz for the light heavyweight title, a gamble that didn’t pay off but should still be admired. A champion willing to fight at another weight class for the chance of double gold deserves the utmost respect, and Adesanya earned it despite the loss. It’s not that loss that disappointed viewers, instead it was his decision victories over Yoel Romero and most recently against Robert Whittaker that left fans wanting more. ‘The Last Stylebender’s’ signature was creative striking with immense power, although he won both fights in a professional manner, it seemed to lack his usual spark of fun that made him so watchable and earned him fighter of the year in 2019.

Jared Cannonier comes into this fight very much an underdog, despite a run of five wins in his last six fights. A second-round knockout of Derek Brunson cemented his first title fight and as a natural light heavyweight choosing to fight at middleweight, power is a major asset for ‘The Killa Gorilla’ and poses a threat to Adesanya’s 11-fight UFC win streak at middleweight.

The match-up of a brash champion with a tendency for flair strikes and a head-first brawler is a tale as old as time and usually delivers in terms of entertainment, so expect to see a great fight that goes a few rounds, but likely doesn’t go the distance.

Trilogies aren’t as commonplace in the UFC as they are in other combat sports. This will be just the 14th trilogy in over 30 years of Octagon action, with the first third-fight in the UFC seeing Randy Couture settling his one-win, one-loss record against Vitor Belfort in devastating fashion in 2004.

The last one we saw was slightly less exciting, with Conor McGregor breaking his leg against Dustin Poirier and the ugly scenes that followed. This time, we should be treated to another excellent chapter and maybe even a fourth fight should Max Holloway be the champion by the end of Saturday night. 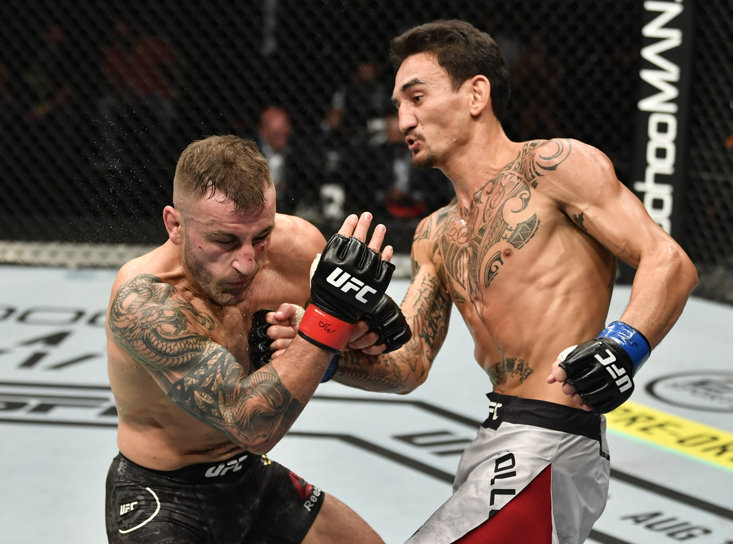 Volkanovski and Holloway collide at UFC 251

The last two fights saw Alexander Volkanovski win via decision over Holloway as the featherweight division’s two most fearsome fighters went the distance. The Australian champion’s tank seems to never run empty despite the onslaught of efficient boxing from the Hawaiian former champion.

Since then, Holloway has tried to refresh his brain with dominant wins over Calvin Kattar and Yair Rodriguez, keeping him in the number one contender spot to try and redeem his earlier losses. Volkanovski meanwhile has defeated Brian Ortega in one of last year’s fights of the year before beating the Korean Zombie Chan Sung Jung in April.

Like the last two fights in the series, this one is set to be another barnburner.

Other Fights To Watch:

There’s a lot more great fights on Saturday night. Sean Strickland faces Alex Pereira, with the former yet to lose a fight since returning from his motorcycle incident, and the latter being the only man to have defeated Israel Adesanya twice, back in their kickboxing days. 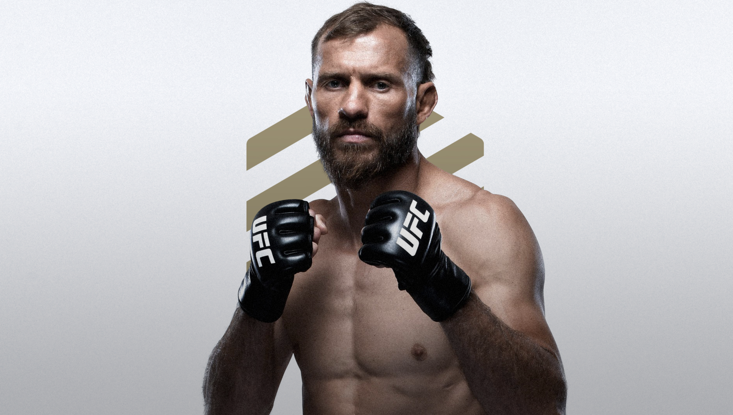 Donald Cerrone returns to the Octagon this weekend

Donald Cerrone finally gets to fight after last week’s fight against Joe Lauzon was cancelled. The Cowboy faces fellow veteran Jim Miller. The pair have 76 fights between them and will battle it out for the record of most UFC wins in history on Saturday.

Jessica Eye looks to extinguish the rising flame that is Maycee Barber, who herself will be looking to continue their three-fight win streak against the 35-year-old.