The UFC has arrived in London. Dana White and his many associates are waiting patiently to see if their latest UK-based ‘Fight Night’ event blows the roof off of the famous O2 Arena once again this year.

At the top of the billing is Curtis Blaydes vs Tom Aspinall, two of the heavyweight divisions most talented fighters when it comes down to all-round MMA ability. Featuring on the main card alongside Manchester’s Aspinall is the Scouse duo of Paddy ‘The Baddy’ Pimblett and ‘Meatball’ Molly McCann, who will be hoping to continue their run of performance bonuses that they’ve earned in their last two events. Scotland’s Paul Craig gets the action underway after a brutal submission win last time we were in London.

Starting with the pride of Scotland, Craig enters the cage on Saturday unbeaten in his last six fights, coming off the back of a superb triangle choke submission win over Nikita Krylov in London back in March. Prior to that, a TKO win over Jamahal Hill when Craig snapped his opponent’s arm in the process and finally defeating Mauricio Rua after drawing with him back in 2019 has led him to reaching the 8th spot in the light heavyweight division.

His opponent on Saturday night is Volkan Oezdemir, a former light heavyweight title challenger on a two-fight losing streak. Oezdemir has fought some of the finest light heavyweights to grace the division in his career history, beating the likes of Jimi Manuwa, Ovince Saint Preux and Aleksandar Rakic and losing to then-champion Daniel Cormier, current champion Jiri Prochazka and Anthony Smith. A win for either man will help them shake the tag of being the gatekeeper of the division without ever contending again.

Second on the main card is ‘Meatball’ Molly McCann, defending her pride on home turf against Contender Series’ graduate Hannah Goldy. McCann has often remarked about fighting fighters that are often taller than her and have a longer reach, however this time the tables are turned in her favour. Goldy and McCann are the same size and McCann has a one-inch reach advantage over her American counterpart. 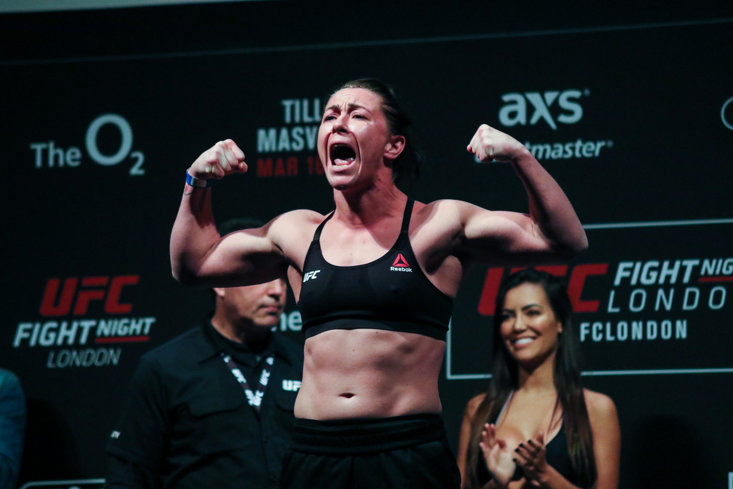 The Liverpudlian had a shaky start to her UFC career, losing to Gillian Anderson in 2018 and missing weight for the first time in her career, but since then she has earned five wins in eight fights, most recently bringing the house down at the O2 with a spinning elbow knockout of Luana Carolina.

Goldy has had a similar journey to McCann, making her full MMA debut against Gillian Anderson, but earned her way into the promotion through the Contender Series, earning a contract outside of her performance on the show. Shoulder injuries, Covid and illness have got in the way of fights but she will be hoping a change of scenery will provide her with a shot in the flyweight division. This one is sure to be a contender for Fight of the Night.

There are two fights with no Brits involved, the first being Nikita Krylov vs Alexander Gustafsson. Krylov was involved last time the UFC was in London, being submitted by the aforementioned Paul Craig. ‘The Miner’ is 11th in the UFC rankings and risks falling further down the light heavyweight rankings with a loss to Gustafsson after losing four times in his last six fights.

His opponent, Sweden’s former light heavyweight title challenger, returns to the Octagon for the first time since losing to Fabricio Werdum in July 2020. Gustafsson is an icon of this division, fighting in it since 2009, being the face of the first EA Sports UFC video game and taking on some of the division’s best.

His fight against Jon Jones at UFC 165 is in the UFC’s Hall of Fame fight wing. ‘The Mauler’ is known for his incredible range of striking, with a mountainous frame tuned to perfection. He’s sparred with the likes of Badou Jack, Ilir Latifi and Jimi Manuwa in the past and will no doubt have put himself through hell at his hometown training camp. His return to the cage will put smiles on UFC fans’ faces around the world.

Back to the Brits, Paddy ‘The Baddy’ Pimblett is back in town, ready to light the tinderbox of an atmosphere. The outspoken Scouser has won back-to-back Performance of the Nights in his two UFC fights so far, when he knocked out Luigi Vendramini at the UFC Apex and rear-naked choked Rodrigo Vargas in London back in March. Another first round finish is no doubt on the mind for Paddy, but he faces a Contender Series’ alum with just one loss so far in his career. 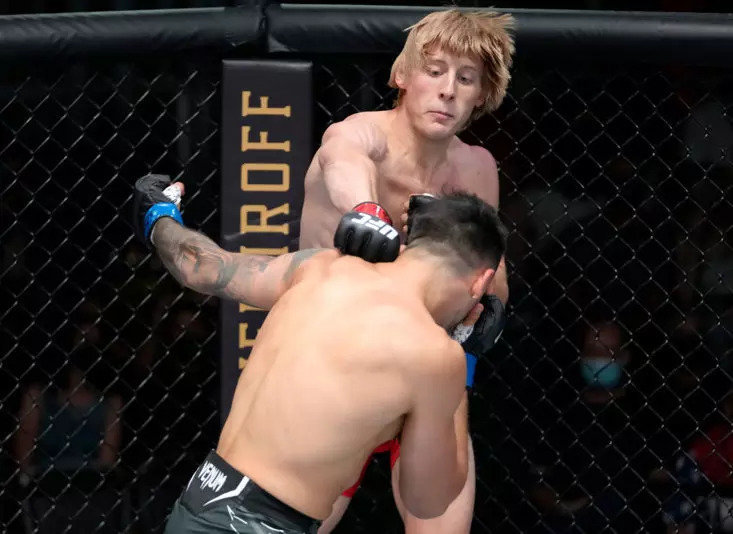 Jordan Leavitt, aka ‘The Monkey King’, is a southpaw that earned his way onto the UFC roster with an arm-triangle choke in the Contender Series, and has been impressive since. A Performance of the Night win and a slam knockout in his first fight against Matt Wiman earned him plenty of plaudits, but his progress was halted by Claudio Puelles when he lost via unanimous decision.

In his next fight he beat Matt Sayles with an inverted triangle choke, becoming just the third fighter in the promotion’s history to ever submit an opponent with the technique. It’s a good match-up as both are good wrestlers, so we may see both men trying to outdo each other on the feet in an attempt to avoid a submission attempt from each other.

The co-main event was intended to be Darren Till facing Jack Hermansson, a fight we should’ve initially seen last December, however it was postponed due to Till getting an injury. Till got injured again in the build-up to this, and as he remains sidelined for a while, Chris Curtis has stepped in to fight the Swede this weekend instead.

Hermansson’s grafted hard to get to the UFC, fighting around Europe on Cage Warriors, Bellator and independent promotions for years before getting a break in 2016. Since then he’s been milling around the middleweight division, fighting the likes of Kelvin Gastelum, Marvin Vettori and Jared Cannonier.

His opponent, Curtis, has had an epic 12 months. Seven wins since January 2021, four in the last 12 months and an eight-fight winning streak. At 35 years of age, ‘Action Man’ can make it 30 career wins and finish Saturday night with a ranking next to his name if he wins at the O2.

The main event of the night is the incredible Tom Aspinall facing his toughest opponent yet, Curtis Blaydes. Aspinall admitted last year that his favourite fighter in the heavyweight division was Blaydes and said a fight against the American would be the worst fight he could get. The pair are two incredible fighters blessed with great stand-up skills as well as being two of the finest grapplers in the division, bar maybe Cyril Gane.

Blaydes enters enemy territory on the back of two consecutive wins against Jairzinho Rozenstruik and Chris Daukaus, with his only three losses coming from Francis Ngannou twice and Derrick Lewis, two of the division's biggest punchers. Striking is a route to victory that Aspinall could take, but Blaydes is quick and powerful himself and it really is anyone’s fight. Whoever wins could find themselves in a title eliminator fight by the end of the year.