Unai Emery loves football on the continental stage, but this season the Spaniard is proving to be much more than just a Europa League specialist.

On Wednesday night, Emery’s Villarreal sensationally put one foot in the Champions League semi-finals by securing a 1-0 victory in the first leg of their quarter-final tie against Bayern Munich.

The atmosphere in the Estadio de la Ceramica was jaw-dropping and the Yellow Submarine were utterly relentless, restricting the Bavarian giants’ time on the ball and causing great frustration for Julian Nagelsmann and his players in the process.

Former Bournemouth attacker Arnaut Danjuma stabbed Dani Parejo’s initial effort past Manuel Neuer inside the opening 10 minutes, with Tottenham Hotspur loanee Giovani Lo Celso playing a crucial role in the build-up. It sent the home crowd into a frenzy and put the Liga side on course to cause another huge upset on Europe’s grandest stage.

They had already blown away Juventus in their last knockout tie in convincing style and it seemed like they were fired up to eliminate the six-time winners as well. If the second leg at the Allianz Arena should go the same way, Emery will have delivered another European masterclass.

Emery’s game plan was executed to perfection; he deployed a 4-4-2 to handle the overwhelming attacking quality the German outfit had at their disposal, and his midfield was made up of four central players, who were key in breaking up play and getting the yellow shirts up the pitch. 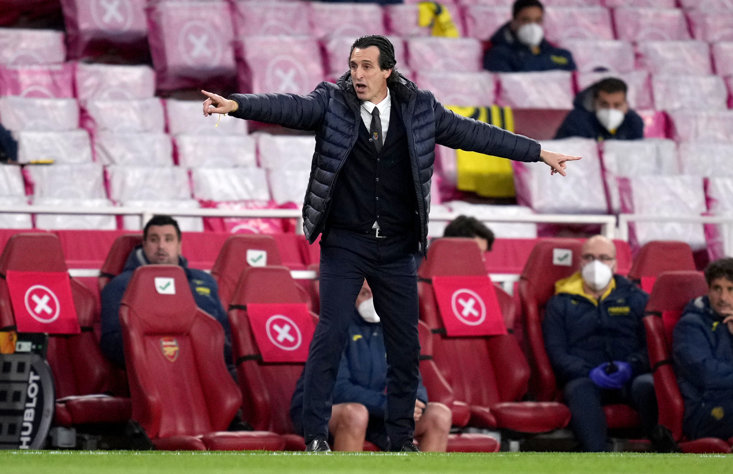 Bayern still had their chances, but nothing to their usual ruthless standards and that was all down to the constant pressure of their opponents. The visitors simply couldn’t get into their usual, destructive rhythm and when you’ve managed to shut out goalscoring machine Robert Lewandowski you know you have done an outstanding job.

There will be plenty of confidence among the Villarreal contingent heading into the second leg, particularly given that defeat was Bayern’s first away from home in the Champions League since 2017.

Many of Emery’s most creative players were left on the bench in what was considered a bold move, but the result shows that he got his line-up spot on. His side were still able to get up the pitch and cause Bayern problems. They may have only registered the one shot on target, but given the urgency in their play and their ability to keep Bayern stuck in a low gear, the victory was more than deserved.

Emery’s tactical brilliance always seems to be heightened when he is in European competition. Last year’s Europa League title, earned following a dramatic penalty shoot-out against Manchester United, was Emery’s fourth success in the competition as a manager, establishing himself as the master of that arena.

With a place in this year’s Champions League confirmed, no one would have foreseen Villarreal and Emery exceeding expectations on this stage, but as their performance against Juventus proved, they have the organisation, will and ability to cause upsets - and that comes from Emery’s coaching. He not only sets up his teams perfectly for each opponent, he helps players become the best that they can be, and they are grateful for his wisdom.

Goalscorer Danjuma labelled his manager “a tactical mastermind” in his post-match interview with BT Sport and spoke about how much confidence there is from the team in him and vice versa.

“Unai was very clear when he explained how I could learn from him,” he said to The Guardian ahead of the Bayern game.

“With my mentality of trying to be the best every day I am very eager to make sure I get the most out of my career. I knew working under Unai would give me a boost because I could understand the game better. He is busy with me on a daily basis and I have a lot of conversations with him about how to better myself. He is a strategy mastermind.”

History favours Bayern Munich when the second leg descends on the Allianz Arena, but we have seen already this year that Villarreal will not go down easy and it is fair to assume that Emery will already be concocting his plan to stun the German giants in their own backyard.