Football
News
While Haaland and Nunez dominate the headlines, West Ham, Leeds and Brighton have made eye-catching additions of their own
Joey Mills
08:35, 21 Jun 2022

In amongst the star signings, a steady stream of new faces are heading to the Premier League. Here’s our lowdown on some of the less familiar faces you’ll be watching in the coming season.

The Morocco international comes to the London Stadium off the back of a successful season with club and country. Les Rouge et Noir finished fourth in Ligue 1, while Morocco reached the last eight of the African Cup of Nations with Aguerd an ever-present in both sides. Noted as a calm influence in defence who is adept at launching attacks from the back, the 26-year-old adds another dimension to David Moyes’ Hammers.

One for the future, the 18-year-old full-back enjoyed a breakthrough campaign at The Dons. Ramsay scooped the SFWA Young Player of the Year award, featuring 33 times across the season. Liverpool are a side who like to create chances down the right hand side of their defence, with Trent Alexander-Arnold one of their main creative sources. Ramsay fits this vision, having created the second most chances of any defender with 900+ minutes of game time in the SPL last season. Fans of The Reds might have to be patient, but this kid looks to be something special.

The first of our Leeds double-header, Roca is seen by many as the club’s insurance policy should Kalvin Phillips move on this summer. The midfielder made his name as the fulcrum of Espanyol’s side, standing out immensely in a team that would eventually go down at the conclusion of the 2020-21 season. Bayern swooped, but the 25-year-old has struggled for Bundesliga minutes. Roca has played just 15 league games in Munich, and will be looking to revive what was a promising career at Elland Road. 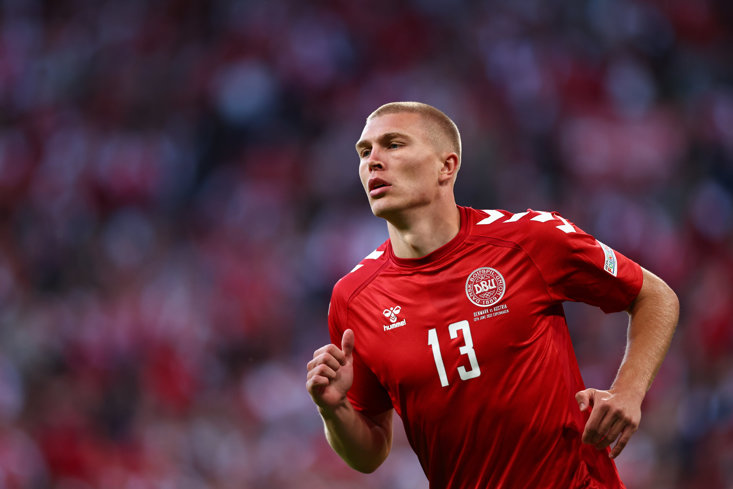 The latest off the RB Salzburg production line, Kristensen racked up 27 appearances for Ajax before moving to Austria. Three league championships later, and the 24-year-old full-back looks ready to test himself in the Premier League. With 220 professional games under his belt already, Kristensen offers experience beyond his years. Leeds struggled mightily in defence last season, and manager Jesse Marsch has moved quickly to bring in a player he managed during his own time at Salzburg.

When you’re as committed to hoovering up top young talent as Manchester City are, one or two top prospects are bound to slip through the cracks. The fact the Cityzens have let Bazunu go to the Saints is no slight on his ability. Loan spells at Portsmouth and Rochdale have caused no shortage of excitement around the 20-year-old. Saving a Cristiano Ronaldo penalty when his Republic of Ireland side faced Portugal last September certainly helped too. 73 games of League One football and 10 full international caps suggest Bazunu has the mettle to go all the way.

One of the hallmarks of Brighton’s overachievement in recent years has been their smart recruitment. While it is too early to tell whether 18-year-old Enciso will join the likes of Marc Cucurella and Robert Sanchez as relative unknowns who came to prominence at the Amex Stadium. The signs are good. Enciso has already broken through into the Paraguay national team, and has made a splash in his homeland with Club Libertad. Graham Potter is likely to give him the environment to develop further.

Brighton are 9/1 to get relegated with betfred*