Football
News
The Frenchman has had an impact wherever he has gone during a glittering career
Conor Keane
14:05, 25 May 2022

This generation has been blessed with sensational strikers: Robert Lewandowski, Luis Suarez, Karim Benzema and Sergio Aguero to name but a few. They all set the bar for how to be the very best in their position in this era but sometimes their greatness has overshadowed the accomplishments of other top forwards of this same period.

One name to fall into this void is Olivier Giroud, the Frenchman who has enjoyed success at club and international level - not to mention has some outstanding goals in his career highlight reels, including that beautiful scorpion kick for Arsenal in 2017. He has had an impact wherever he has gone and over the weekend he was part of the AC Milan side that won their first Serie A title in 11 years.

The 35-year-old scored 11 league goals in 29 appearances, scoring twice in Sunday’s season finale against Sassuolo which sealed the Rossoneri the title. It has been another impressive year for Giroud who has now collected the 12th trophy of his career which to many may come as a surprise, highlighting just how underrated he has been. He may not be among the elite cohort of players as mentioned above but he has certainly contributed enough to the game over the last decade to earn him more respect than he is given.

He certainly caught the eye of many when he was part of the history-making Montpellier team that won their first ever Ligue 1 title in 2011-12. The striker scored 21 goals that year, the joint-most in the division alongside Paris Saint-Germain’s Nene, but he was given the top goalscorer award because he had scored more from open play. In that same season he contributed nine assists for his teammates, and if you have paid attention to his play style over the years you will have seen that he is more than just a target man. 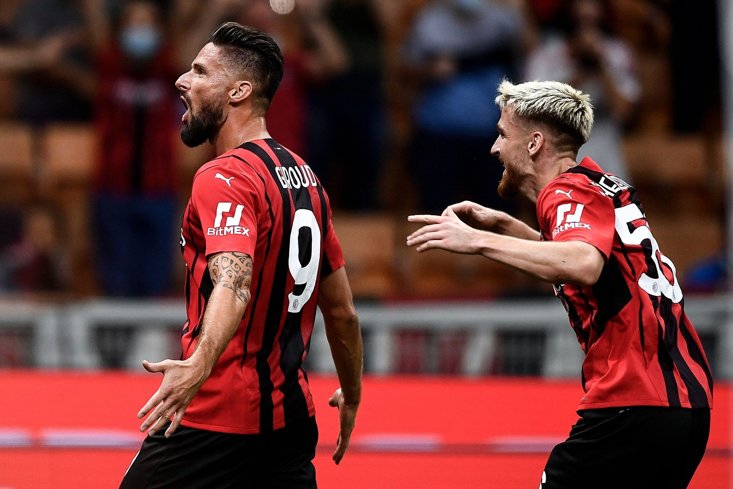 He then sought a new challenge in the form of the Premier League, joining Arsenal where he went on to help the club end a nine-year trophy drought by assisting in them winning the 2014 FA Cup against Hull City and retaining the trophy the following season against Aston Villa, getting on the scoresheet on that occasion. He then won a third FA Cup with the Gunners in 2016-17. In six years at the Emirates Stadium he scored 105 goals in 253 games while registering 41 assists.

He then joined London rivals Chelsea in 2018 where he continued to have an impact in the English capital winning another FA Cup - who remembers that brilliant goal against Southampton in the semi-final? He bolstered his trophy cabinet with a Europa League and Champions League during his time at Stamford Bridge. He was a key part of Chelsea’s Champions League-winning campaign, scoring six, including four against Sevilla, as he helped guide the Blues to the final where they won their second European crown against Manchester City last summer.

On the international stage, Giroud has been a superstar for France and was involved in the sides that got to the Euro 2016 final and then went on to become World Cup winners and he himself has the potential to have a lasting legacy for Les Bleus if he can earn his way back into Didier Deschamps’ squad having just missed out on the latest camp. Giroud is currently just four goals away from beating legendary striker Thierry Henry’s record of 51 goals for France - scoring some excellent goals along the way.

He’ll consider himself hard done by for missing out on a place in the squad after his achievement with AC Milan but even if he does not get the chance to break the record he will still go down as one of the top strikers of this generation. For some it will probably take him retiring for him to get the respect he deserves for what he has accomplished in his glittering career.