Highly-talented Tennessean Caleb Plant kicks off his 2021 calendar with a mandatory defence of his IBF super-middleweight title against Caleb Truax this weekend, and should he emerge victorious then all roads seemingly lead to a blockbuster unification bout with WBC, WBA (Super) and Ring magazine title holder Saul ‘Canelo’ Alvarez.

The undefeated Plant, 20-0 (12), is one of the sport’s rising stars and 2021 is looking like the year that the 28-year-old breaks through into the mainstream. With Canelo set to face Avni Yildirim in a mandatory defence on 27 February and fight again against WBO-holder Billy Joe Saunders on Cinco De Mayo in May, there’s a real possibility that the winner of Plant vs Canelo, likely in the latter half of the year, will be for the chance to become the undisputed champion. 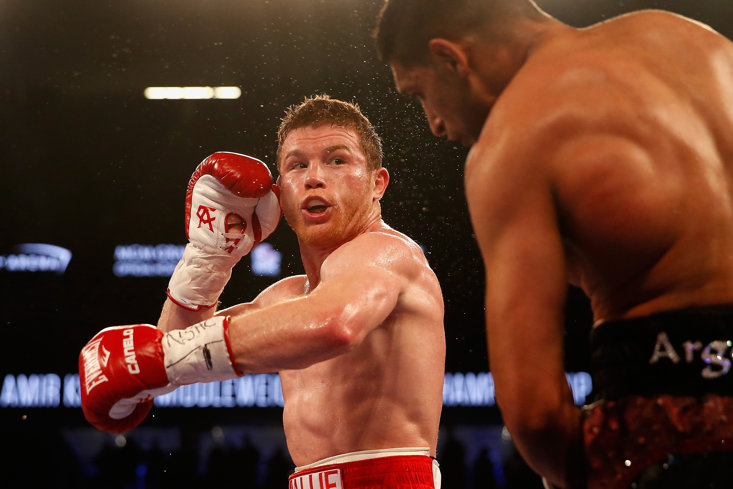 Let’s not get too far ahead of ourselves though - boxing is unpredictable as it is, let alone during a pandemic. Plant, for example, has made it clear in the build-up to Truax that he’s not thinking past the man who’ll stand in front of him at the Shrine Exposition Center in Los Angeles on Saturday night.

Plant is the heavy betting favourite (some bookmakers have him as low as 1/50 for the win) but fellow American Truax, who famously beat James DeGale in one of the upsets of 2017, is a wily veteran of the sport. And while he’s on the downward slide of his 14-year professional career, the 37-year-old knows that this is probably his last shot at world honours. The younger Caleb, meanwhile, will have to be mindful of complacency - one wrong move could see arguably the biggest fight outside of Anthony Joshua and Tyson Fury evaporate. 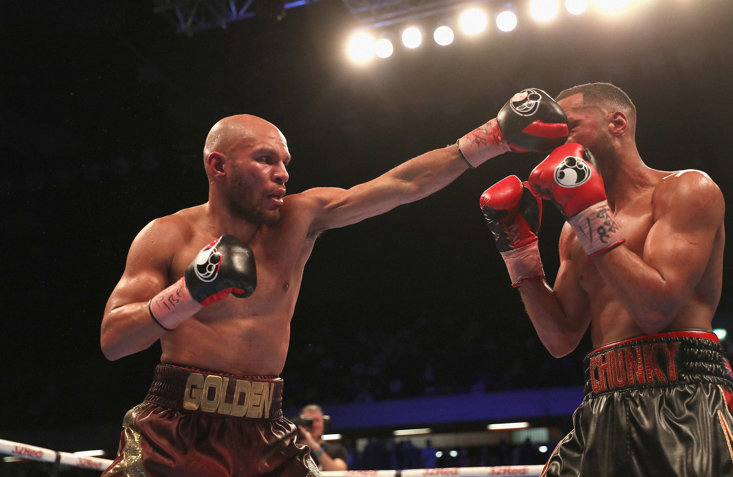 The next year has the potential to be a landmark one in the world of boxing, and the result of this weekend’s battle between two Calebs will have a big bearing on just how good it could be. Canelo and Plant’s paths look destined to intertwine at some point, just cross your fingers and pray to the fight gods that nothing gets in the way of it in 2021.

x
Suggested Searches:
Tyson Fury
Manchester United
Marcus Rashford
Lewis Hamilton
F1
Air Jordan
More
boxing
Joseph Parker Wins Battle Of New Zealand To Set Up Chisora Clash...
It certainly wasn’t pretty but Joseph Parker emerged victorious from his all-Kiwi heavyweight [ ... ]
boxing
Canelo Targeting Legacy-Cementing 2021 If He Can Overcome Yildirim...
The first fight in a potentially blockbuster year for Saul ‘Canelo’ Alvarez takes place [ ... ]
boxing
Canelo Expects Avni Yildirim Will Try To ''Knock His Head Off''...
Saul ‘Canelo’ Alvarez returns to the ring this weekend when he defends his WBA, WBC and [ ... ]
boxing
Chisora, Usyk And Joyce Could Await Joseph Parker Should He...
The battle between long-time rivals Joseph Parker and Junior Fa in Auckland this weekend (February 27) [ ... ]
boxing
Fury “Not Optimistic” On Joshua Fight, Five Boxing Stories You...
Not everyone is convinced that the biggest fight in British boxing history will take place this year, [ ... ]
boxing
From Canelo To Arturo Gatti, Five Of Floyd Mayweather’s Best...
Undefeated in 50 professional fights, the winner of 15 major titles in five different weight-classes [ ... ]
boxing
Billy Joe Saunders Could Be The Man To Give Canelo Problems,...
It’s always a big week in boxing in the build up to a Saul ‘Canelo’ Alvarez fight [ ... ]
boxing
Josh Warrington Prepared To “Call It A Day” If He Loses Rematch...
Josh Warrington’s career was dealt a huge blow earlier this month when he was shockingly stopped [ ... ]
boxing
New Date Set For Whyte v Povetkin, The Weekend's Five Biggest...
It was heartache for Josh Kelly, Eddie Hearn had a warning for Deontay Wilder, while the Rumble on the [ ... ]
boxing
Josh Kelly’s Long-Awaited Moment Of Truth Dashed By Avanesyan...
Boxing is a cruel sport. Josh Kelly had to wait 26 months for his moment and it was all over in just [ ... ]
boxing
After 26 Months Of Delays, Kelly v Avanesyan Is Going To Be...
It’s taken the best part of three years but fight fans will (touch wood) finally get to see Josh [ ... ]
boxing
The WBO Orders Usyk Vs Joyce, Five Boxing Stories You Might...
Carl Frampton’s bid to become a three-weight world champion will have to wait a little longer, [ ... ]
boxing
Josh Kelly Fully Focused Ahead Of Long-Awaited Shot At European...
“I’m going to go in there and I’m going to be the best version of Josh Kelly. I don’t [ ... ]
boxing
Josh Kelly Will “Completely Outbox” David Avanesyan, Says David...
David Coldwell has backed Josh Kelly to defeat David Avanesyan when they meet in the ring this Saturday [ ... ]
boxing
Wilder Vows To Clean Out Heavyweight Division, Targets Fury,...
Deontay Wilder has vowed to clean out the heavyweight division, naming Tyson Fury, Anthony Joshua and [ ... ]
boxing
Josh Kelly's ''Found A New Gear'' Ahead Of The Toughest Fight...
It’s been a long two years for Josh Kelly but, at last, the Sunderland welterweight will return [ ... ]
boxing
The New Four Kings? Boxing's Lightweight Division Is Heading...
During the 1980s, a quartet of boxers reignited a sport that was dying. As the world crossed the borders [ ... ]
boxing
Josh Warrington’s Bid For Featherweight Supremacy Dealt Blow...
Josh Warrington’s plans to take on Can Xu and Gary Russell Jr in super-fights that would help [ ... ]
boxing
Josh Warrington Hopes A Victory Over Lara Will Help Make His...
Josh Warrington is ready for his much-anticipated 10-round featherweight bout with Mauricio Lara but [ ... ]
boxing
Josh Warrington To Pay Tribute To Rob Burrow With Special Shorts...
Josh Warrington will carry a tribute to Leeds Rhinos icon Rob Burrow when he faces Mexican Mauricio [ ... ]
boxing
Eddie Hearn Teases Return Of Fight Camp, Five Boxing Stories...
Another Brit will be in a huge world title fight in the coming months, Daniel Dubois has changed trainers [ ... ]
boxing
Eddie Hearn Warns Of “Very Tough” Mauricio Lara Ahead Of Josh...
Eddie Hearn believes Josh Warrington has a tough test ahead of him when he takes on Mauricio Lara at [ ... ]
boxing
Arum Told Hearn To ‘Stop Talking About Joshua v Fury’ As Fight...
Eddie Hearn has revealed that legendary boxing promoter Bob Arum called him to tell him to stop talking [ ... ]
boxing
''I Was Panicking, But I'd Love To Have Some Revenge,'' Dubois...
Daniel Dubois has spoken for the first time since he lost his unbeaten record to fellow British heavyweight [ ... ]
boxing
Wilder Bites Back At “Jealous” Ex-Trainer, Insists Career Is...
American heavyweight Deontay Wilder has hit back at his former trainer’s claims that the fighter [ ... ]
boxing
Andy Ruiz Jr Is Back On Track And Tyson Fury Is The Inspirational...
After more than a year away from the ring, former heavyweight world champion Andy Ruiz Jr is back on [ ... ]
boxing
Wilder’s Trainer Breaks Silence On Fury Conspiracies, Says Deontay...
As a former welterweight champion, someone who surpassed the great Sugar Ray Robinson for most Golden [ ... ]
boxing
Mayweather Targets 50 Cent Exhibition, Five Boxing Stories You...
Floyd Mayweather commits to a year of exhibition matches, there’s talk of Mike Tyson’s next [ ... ]
boxing
Warrington Ready To Go After Year Out And Vows To Stop Lara...
Former IBF world featherweight champion Josh Warrington returns to the ring after more than a year out [ ... ]
boxing
Adrien ‘The Problem’ Broner Returns With Sights Set On Floyd...
So far the ballad of Adrien Broner has been as close to a modern boxing cautionary tale as you could [ ... ]