Boxing
News
By the time the 2024 Olympic Games rolls around it will be twenty years since the US won an Olympic gold medal
Kieran Spratt
17:05, 09 Aug 2021

By the time the torch is lit at the Olympic Games in Paris in 2024, it will be two full decades since a male American boxer claimed a gold medal.

Cassius Clay, Joe Frazier, George Foreman, Sugar Ray Leonard, Oscar De La Hoya, Pernell Whitaker, Andre Ward and many, many more have all captured the Games’ top prize before being catapulted into the big leagues as professionals but, since Ward in 2004, Team USA have had a rotten run of form in the ring.

This isn’t merely a recent problem and there’s no promise it’ll pick up again any time soon. In fact, since winning 11 gold medals at the ’76 and ’84 Games, the US men have won only four more.

There’s some reason to be hopeful, with the US men having captured three silver medals in Japan this summer, their best output at an Olympics in 20 years, but there was also no suggestion that this was the beginning of a new dawn for the American men either. Even with those three medals, it is still another pretty dismal performance from a nation with such a rich history in ‘the sweet science’.

They finished tenth across all Olympic boxing events, male or female, this summer, with the likes of Uzbekistan, Turkey and Bulgaria outperforming them, while Great Britain (second with two golds and six medals in total) and table-topping Cuba (four golds, one bronze) are clearly miles ahead, have been for some time and probably will be again in the City of Love in three years’ time.

The US Boxing team was once a conveyor belt of future world champions, and while 2020 silver medal winners Duke Regan, Keyshawn Davis and Richard Torrez Jr all fought gallantly and could one day become world titlists themselves, they seem a far cry from a team that was once one of amateur boxing’s most dominant forces (Regan and Davis are already professionals, a first for the US Boxing team, but even that didn’t seem to be enough to clinch gold). 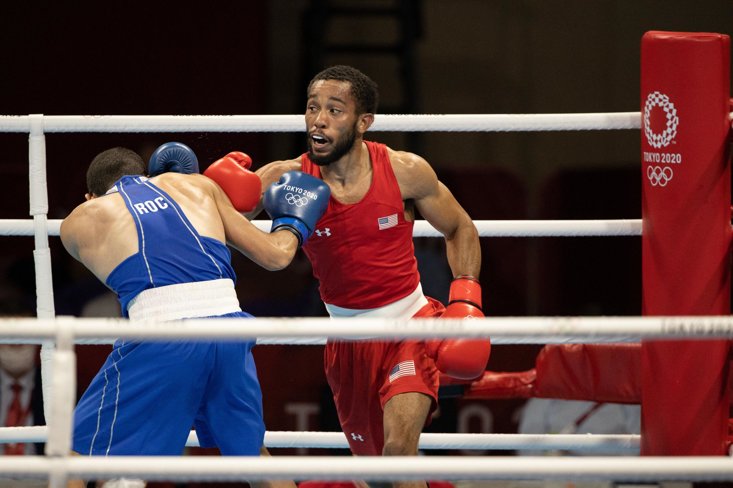 Billy Walsh, head coach of Team USA Boxing and former coach of Ireland’s boxing programme, where he oversaw seven medal wins at the Beijing Games and London Games in 2008 and 2012 respectively, says the biggest problem with sustaining success is keeping the team together. “I was speaking with my good friends and colleagues from Britain, and they had a fantastic (boxing) tournament. They won six medals,” he explained.

“They said, ‘Billy, the secret is we had this Olympic team together for two Olympic Games.’ And we always said in Ireland, we need to keep everybody for two Games to get the best from them.”

There’s also an argument that the allure of Olympic boxing is losing its appeal Stateside, even with Claressa Shields claiming consecutive golds at London 2012 and Rio 2016, it’s hardly a primetime event these days and, as a result, the talent pool to choose from looks a shadow of its former self.

With just one bronze across the ‘08 and ‘12 Games, under the guidance of Walsh, who took the role 10 months before Rio 2016, the US men are certainly moving in the right direction but they absolutely must clinch a men’s gold in France. The future of boxing in America could depend on it.