Mikel Arteta has been quietly studying away. Cocooned in the cosy nest that is Manchester City, the Spaniard has been closely learning from his compatriot and one of the best managers in modern times, Pep Guardiola. As one of City’s assistant coaches, he has seen the club progress from disorganised shambles at the back, to the greatest side, statistically speaking, that the division has ever seen.

Arteta has not just been some silent voyeur in all of this. He plays a vital part in the coaching of the first team and several players, current and former, have come out to praise the Spaniard’s methods. The summer before he left for Everton, England international Fabian Delph heaped praise on him:

Mikel Arteta has been so pivotal for me. One of the reasons I have stayed at the club is because he saw the qualities in me and he knew I was available to do the role they wanted me to do. I think Mikel would be a fantastic manager.

Fast forward to late 2019 and Arteta is almost ready to bloom in his own right. The problem for Manchester City is that Pep Guardiola isn’t going anywhere, or so it seems. That means they risk losing a potential successor if Arsenal, who are currently managerless, swoop in.

Just like City, the Gunners could provide the perfect opportunity for Arteta to make his managerial bow. Having played for the club for five years, he not only has that affinity with the club but is well-loved and respected by the supporters.

As a midfielder who played with great tactical awareness and intelligence, perhaps it is no surprise that this has transferred into his coaching. Although Guardiola rightly takes a lot of the credit, Arteta is credited with helping Raheem Sterling transfer from hit-and-miss winger, into a deadly out and out goalscorer.

In Pep’s City: The Making of a Superteam, Arteta gave a great insight into a young Sterling, who had huge potential:

"He'd played on the inside a lot or out on the left wing. When you move to the right wing, the direction and angle of possession coming to you is very different. When the ball reached him he really had his gaze fixed on it - rather than half-touch instinctive control and the vision of what's around him." 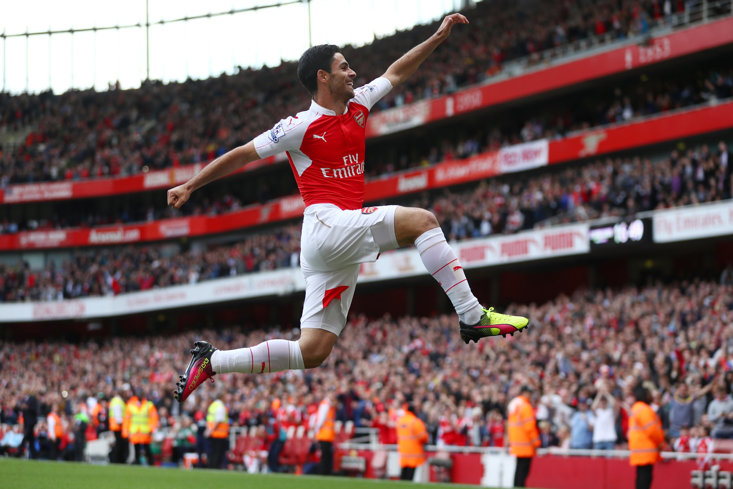 Arteta certainly looks like a promising candidate for Arsenal, who have been crying out for a distinctive playing style with a cutting edge for several years now. However, it is these same attributes that would make him Guardiola’s ideal successor. As we saw with Barcelona, often the best successors are those who are already at the club as they understand the playing style, have a rapport with the players and can continue from where the last manager left off.

Given that Guardiola’s managerial record shows he has never stayed at a club for more than four years, he could well call time on his City spell this summer when he reaches that quadrennium. He has even had to deny claims this week that he has a get-out clause in his contract allowing him to leave next summer. If Arteta is promised the big gig at the Etihad in June it could convince him to stick around, but the Spanish playmaker has not waited around for Guardiola before.

As a youngster at Barcelona, he decided to leave one of the most famous clubs in the world and forge his own path, unwilling to wait around for the senior statesman to retire so he could have his spot. To be fair, that position instead went to Xavi, while Arteta enjoyed a remarkable career in a move that worked out well for both parties.

Arteta has all the attributes to be a terrific Premier League manager. He knows the league, has had schooling that is second to none and worked closely with some of the finest players in the world. Arsenal and City are almost certain to try and tempt him, but if the Gunners don't make their move immediately they could well lose him forever as the champions build for the future.