Boxing
News
The supremely-talented Ukrainian isn't planning to sit back and wait for his title shot
Elliott Bretland
11:15, 17 Mar 2020

Oleksandr Usyk is the man looking to ruin the biggest fight in British boxing history and scupper any chance of Tyson Fury taking on Anthony Joshua.

The 33-year-old Ukrainian is the WBO mandatory challenger and his team expect to have a shot at heavyweight glory this year. Usyk’s team are adamant any plans for Fury v Joshua will not stand in their way should he defeat Derek Chisora on May 23.

Should AJ defend his IBF, WBA and WBO belts against Kubrat Pulev in June, and Fury again beats Deontay Wilder in a third fight, boxing fans had hoped the two Englishmen would go toe-to-toe in the ring but Usyk’s camp have other ideas.

Asked by Sky Sports about a possible Joshua and Fury fight, Usyk’s manager Egis Klimas insisted, "They can't. How can they do that?”

"Right now, we have to win [against Chisora], then after that the mandatory fight for the WBO has to happen.

"I believe Anthony also wants this fight. Good fighters want to fight good fighters. Anthony sees a good challenge in Oleksandr and wants to go there. Everybody says Oleksandr will give Anthony problems, but Anthony believes the opposite so wants to show that he is stronger.

"In the UK would make sense - it wouldn't make sense to go to the States with one boxer from the UK and one from Ukraine. The UK fans know Usyk.” 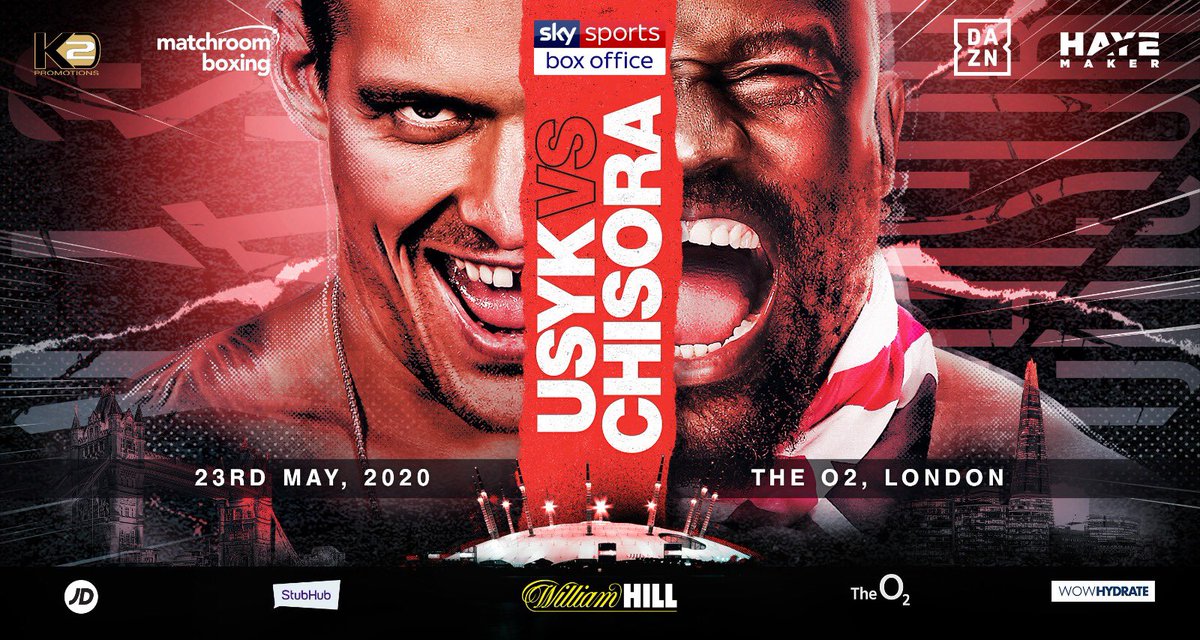 Usyk’s promoter Alexander Krassyuk agrees and last week said, "As soon as Usyk completes his task with Chisora we all expect he will face AJ.

"This island holds all the heavyweight belts so that's why we're here digging.

"He needs to fight a tough opponent and Chisora has good experience. We decided to go this route."

On British soil looking for success, Usyk would be a real competitor for AJ, with 17 victories to his name on the continent, 13 coming by knockout. It was Usyk who defeated Tony Bellew in the cruiserweight division as he defended his title.

Joshua knows defeating the Eastern European would see his stock rise and told Sky Sports, "When I'm trying to build my record, I want opponents like Usyk to say that I've defeated them.

"He uses his feet very well, and positions his hands well. You can't hit him because his feet move so well. If you do manage to catch him, [the punches] are brushing off the gloves.

"What I'd do, as I have done already, is study him - from his footwork, his hand positioning, to his openings.

"Then I'd go to former people who have faced him and find out information on how to defeat him."