There’s been a big update on Oleksandr Usyk vs Anthony Joshua II, Kell Brook has a “big fight” in the summer lined up and Joshua Buatsi is set to return to the ring in a tasty light-heavyweight showdown in May. Here are five boxing stories you might have missed this week.

Anthony Joshua’s rematch with Oleksandr Usyk is “ready to go” according to the heavyweight’s promoter Eddie Hearn.

Usyk dethroned AJ of his WBA, IBF and WBO heavyweight world titles back in September but was contractually obligated to a second showdown with the Brit. However, when Russia invaded Ukraine, Usyk returned to his home country and joined a local territorial defence force in Kyiv, putting the rematch in doubt.

Despite Ukraine being under martial law, meaning no adult males between 18-60 are allowed to leave, Usyk has reportedly been told he can leave the country to begin preparations for a showdown with Joshua.

“I’ve been backwards and forwards and this week we heard the news that Usyk’s been given the permission to leave the country and start camp. He’s done that now and he prepares now for camp for a June fight.

“AJ’s really happy. He would have been sick because he’s turned down a lot of money to step aside and now all of a sudden he wasn’t stepping aside and he wasn’t getting any money, so he’s probably quite relieved because this is the fight he wants.

“This fight will happen, it looks like middle to the end of June, and we’ll be speaking to Alex Krassyk [Usyk’s promoter] over the weekend and nailing down a location and date. It certainly looks like it's ready to go.”

Joshua Buatsi vs Craig Richards Set For May

Joshua Buatsi will be looking for his eleventh straight knockout when he faces former world title challenger Craig Richards in a huge light-heavyweight clash on May 21.

The fight will be an eliminator for the WBA light-heavyweight world title, which current holder, Dmitry Bivol, defends against Saul ‘Canelo’ Alvarez on May 7.

“The light-heavyweight scene in this country is thriving and I’m glad that we are able to get one of the biggest fights made," said Buatsi. "The crowd are going to be in for a treat.

"I am coming to win and nothing else, I am sure Richards is doing the same. He had a close fight with Bivol so will want to make things straight, but I have other plans. Win well and then push onto the world title by any means necessary.”

“We’re two top tier fighters from the UK,” said Richards. “This is one of the biggest domestic clashes for a long time.

"This is a very exciting fight for us both, but also one the fans will enjoy. Buatsi has got his plans and I’m sure he will be well prepared, but nobody is going to stop me from fulfilling my destiny of becoming a world champion! He is a solid competitor and will be coming to win, but I am confident and believe I have the tools to get the job done. I proved myself at world level and I’m eager to prove that’s where I belong.”

Unbeaten heavyweight Jarrell Miller’s drug ban is set to end on June 16th, meaning ‘Big Baby’ is free to apply for a professional boxing licence and return to the ring once again.

In 2019, the 33-year-old was in line to challenge Anthony Joshua for the WBA (Super), IBF, WBO, and IBO heavyweight titles but scuppered his shot at a $4m payday when he was found to have the banned substances GW501516, EPO and HGH in his system. Due to not holding a licence at the time, Miller escaped punishment due to a loophole in the US boxing system.

The following year, Miller joined up with Bob Arum and Top Rank and a July showdown against Jerry Forrest was pencilled in for his comeback. However, Miller tested positive for banned substances once again and the bout was cancelled. This time he was handed a two-year ban by the Nevada Commission.

With that two year ban almost up, the Nevada Commission’s monthly meeting on Wednesday announced that as long as Miller continues to record negative VADA drugs tests, he will be immediately eligible for a licence on June 17. 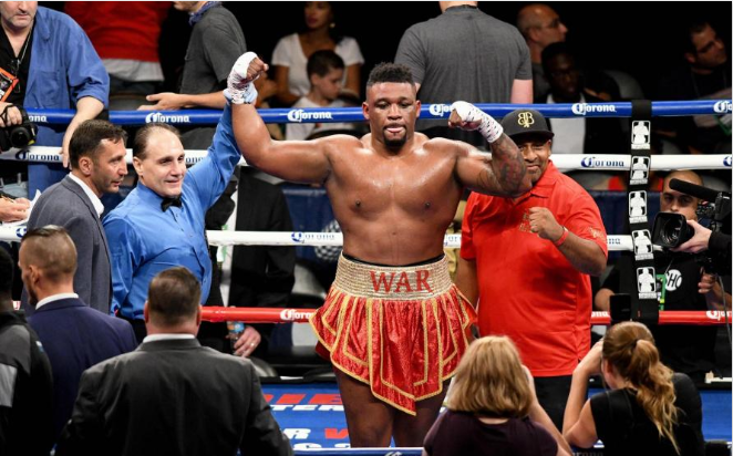 Kell Brook Set To Return In Summer For “Big Fight”

Kell Brook is expected to return to the ring this summer for a “big fight” according to his promoter Ben Shalom, and it could be Chris Eubank Jr who steps into the opposite corner.

The former IBF welterweight world champion ended his long-running feud with fellow Brit Amir Khan in emphatic fashion in February and considered retiring from the sport. However, it appears there’s still at least one more night under the lights for ‘Special K.’

"He (Brook) wants to fight in June or July," Shalom told Sky Sports News. "It's going to be a big fight. We're going to work it out.

"I think Eubank wants the Kell Brook fight. We'll sit down with Kell, work out the weight, work out if we can get there and work out if it's right for Kell Brook.

"Chris also potentially has a world title opportunity that could come in June-July. So both of them have options and I expect to get to the bottom of it in the next week or so."

Josh Kelly Returns To The Ring In May

Former Olympian Josh Kelly will return to action on May 13th as part of a Wasserman Boxing card on Channel 5.

‘Pretty Boy’ suffered the first defeat of his professional career in his last outing, a sixth round stoppage at the hands of David Avanesyan in February 2021.

“I’m excited to get back into the ring and to start this new chapter in my career,” said Kelly.

“This is where I belong, and I can’t wait to get back out there and put on a show. I took some time out to sort some personal issues out after my last fight but now I’m ready to get back to what I do best. The next bit of my career is going to be huge.

“I’m after world titles. I’m not in the game for anything less. I know I will have to dig deep to get there but I’m ready to do whatever it takes to get a world title whether that be at welterweight or super welterweight.”