Football
News
The Netherlands coach's comments should not be judged solely based on his own lacklustre United spell
Joey Mills
09:00, 02 Apr 2022

Louis van Gaal made some controversial comments about former club Manchester United this week. The Netherlands manager warned countryman Erik ten Hag against taking the vacant managerial post at Old Trafford, saying “Manchester United are a commercial club, so it’s a difficult choice for a coach. He would be better going to a football club.”

The remarks drew all sorts of reactions, but much of them seemed to centre on the job van Gaal himself had done at Old Trafford. It was suggested that the ex-Barcelona boss had no right to comment on United matters considering the dull, lifeless football he served up during the second season of his tenure in charge. It is an emotionally led and irrelevant response, if somewhat understandable. Louis feels unfairly treated by United, who had Jose Mourinho waiting in the wings even as the Dutchman lifted the FA Cup. This has led to him criticising the club at almost every opportunity since, a lot of which has been unwarranted blame-shifting for his own failings. But this time is quite different. This time van Gaal is right.

While van Gaal’s United spell was underwhelming in the extreme, it does not disqualify him from commenting on the way the club is run. In fact, he is better placed than most of us to shine a light on United’s behind the scenes workings. His words ring true considering the way the club continues to conduct itself.

Red Devils executives trumpet social media numbers on calls, and the departed Ed Woodward even once pointed out how a lack of on-field success does not damage these metrics. Cristiano Ronaldo was signed to play in a team that didn’t need a striker, purely to sell a “returning hero” narrative and get one over on Manchester City. The club have just had Marriott Bonvoy install the ‘Suite of Dreams’, a hotel room that overlooks the Old Trafford pitch for the club’s more affluent fans to use on matchdays. Louis van Gaal did not say what he said out of sour grapes, he called Manchester United a “commercial club” because it is.

That in itself is not an issue. Nobody lost their mind over lucrative Far East pre-season tours or official crisp partners when United were winning trophies under Sir Alex Ferguson. The reason the club’s active commercial profile has become a stick to beat them with is the simple fact that the team is rotting on the pitch. 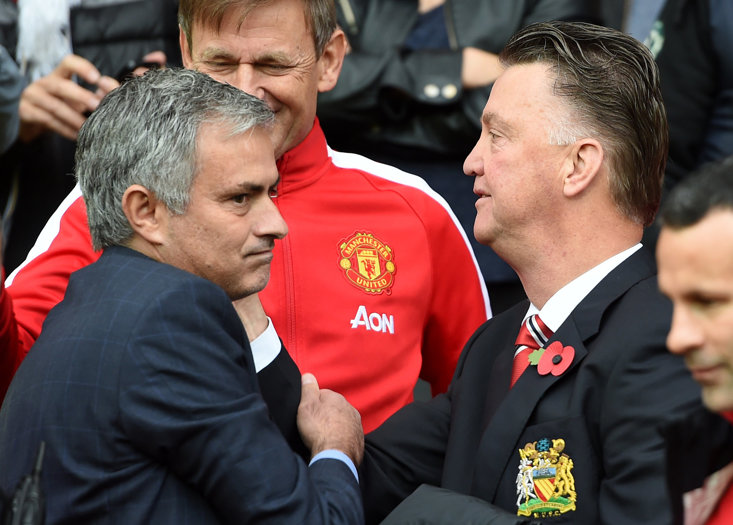 On Saturday, United welcome Leicester City to Old Trafford. The Foxes were in League One when United lost the 2009 Champions League final to Barcelona. They were in the Championship when the last league title of the Fergie era arrived. They have won the Premier League and the FA Cup in the years since. United is sold as a constant “cultural reset” project, when another team has essentially completed an entire transformation in that same period. It is unacceptable and the blame falls on the United hierarchy, not the admittedly unsuccessful coach pointing out that their priorities lay elsewhere.

United stand on the cusp of their latest rebuild as they look to appoint their fifth permanent manager since Ferguson’s departure. Perhaps the biggest criticism of The Glazer family’s planning is that the previous four had almost nothing in common. David Moyes was brought in on Ferguson’s own misguided recommendation, the only real attempt at a continuity appointment given he is another experienced and grizzled Scot. Louis van Gaal followed, and his manifesto of failing superstars and drab football won a cup and very little else. Jose Mourinho ripped up van Gaal’s possession-based blueprint, before blowing up morale in his usual fashion. Ole Gunnar Solskjaer was a galvanising presence as interim manager but found wanting tactically after his permanent appointment. There is no clear theme or style to the sort of appointment United make, they just bring in bosses seemingly at random.

It is clear that has to change, and in fairness to the club there does seem to be thought behind their next potential incumbent. Ralf Rangnick has eased the transition as interim manager, and the two frontrunners have things in common with the German veteran. Erik ten Hag and Mauricio Pochettino have both favoured high-pressing football in the past, and Rangnick has already tried to get the Red Devils used to the approach. Like Rangnick, both ten Hag and Pochettino are managers who focus on improving existing players, rather than solely buying expensive stars. The Rangnick appointment has not paid massive dividends on the pitch, but the job he has done in stabilising United for the hiring of one of their two preferred candidates is worthy of merit.

The work must continue, as United need to find the same unity of purpose their neighbours Manchester City and Liverpool have created. Clear and thoughtful footballing decisions need to come first, with a manager given a long-term mandate to finally bring some lasting structure to the club. This will be the only way United can get out from under accusations from the likes of van Gaal that they are primarily a commercial entity rather than a sporting one.