Football
News
Forget the top sides, here's where the real stand-out performers have been
Sam Penfold
13:55, 17 May 2022

Sky Sports duo Jamie Carragher and Gary Neville went through their Team Of The Season on Monday and it was fairly predictable. Mo Salah, Kevin De Bruyne, Trent Alexander Arnold, Harry Kane etc etc. So what? Some of these players have had a good season in a brilliant team, but what about those who had standout seasons for sides outside the ‘Big Six’. In an attempt to rectify this injustice we’ve put together a side consisting solely of players outside the top half-dozen.

Without Sa in goal, Bruno Lage’s side wouldn’t be the side they have become. In fact, they’d be 9.7 goals worse off without their star man between the sticks according to FBRef’s shot-to-goal xG numbers. Only Man City, Liverpool and Chelsea have conceded fewer than Wolves this season, and much of that is down to their Portuguese No.1.

Attacking fullbacks are all the rage nowadays and Cash suits that role perfectly, demonstrating a fine balance between his attacking duties and defensive responsibilities. Across 36 games this season he’s registered three goals, three assists, 53 shot-creating actions and 142 progressive carries, 44 of which have been into the final third. Defensively, he’s won 55% of his tackles, made 87 interceptions and completed 43 ball-winning tackles. Steven Gerrard should count his lucky stars that he’s got such a talent.

Having arrived from Chelsea in the summer for a sum of £30 million there was a fair bit of pressure on the young man’s shoulders but he has stood out in his debut season. Guehi is strong, quick and reads the game really well, demonstrating maturity beyond his years on many occasions. He made 62% of his attempted tackles while also winning 60% of his aerial duels and a 40% pressure success rate. Not a bad debut season. 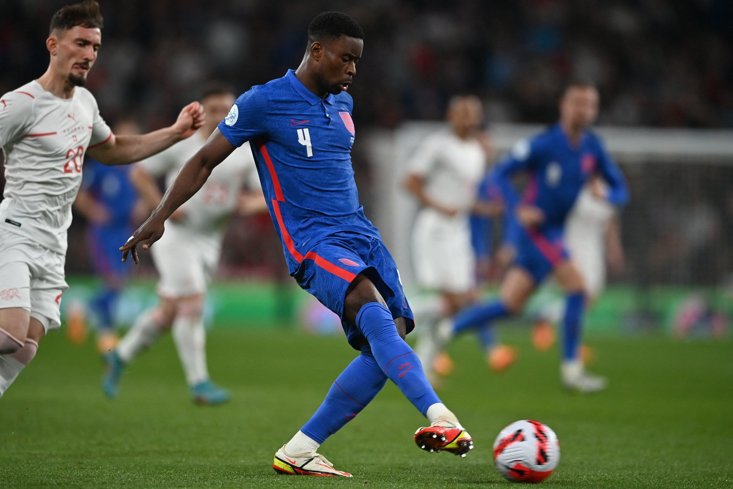 GUEHI HAS BECOME AN ENGLAND INTERNATIONAL THANKS TO HIS PALACE FORM

Infamous for his height, but he’s had a brilliant impact at Newcastle United. The stats are a combination of his time at Brighton and Newcastle but they reflect the job he’s carried out so well for both sides. Across 28 games Burn has won 121 of 165 aerial duels, which works out at 73.3%. Add 148 clearances and 110 tackles and interceptions to that and you’re left scratching your head as to how Newcastle snapped him up for just £13 million in January.

Cucurella went viral recently after telling Graham Potter to play him less so he didn’t have to speak English at Brighton’s award ceremony. We won’t ask you for a speech Marc, don't worry. The former Barcelona youth product has thrived on the south coast this season, with a whopping 524 pressures, including 99 in the final third, 61% of dribblers tackled and 70% of his tackles resulting in him winning the ball. Also, he’s got great hair so of course we had to get him in.

The free-kick extraordinaire. Ward-Prowse’s set-piece prowess has been on show this season for all to see. Ralph Hasenhuttl’s Mr Consistent has been very productive, notching up nine goals, including four free-kicks, and five assists. On the cusp of breaking into the England side ahead of the 2022 World Cup, he’ll be hoping that Gareth Southgate has been taking note.

The only player outside of the ‘Big Six’ to make the original TOTS, and rightfully so. Rice has made everyone sit up and take note of him this year. He’s found the balance between progressing the ball forward for his attackers and breaking up opposition attacks, recording 6.59 progressive carries as well as 2.7 interceptions per 90 in the league this season. A tackle success rate of 70% and sheer work ethic rounds off our point. A guaranteed selection. 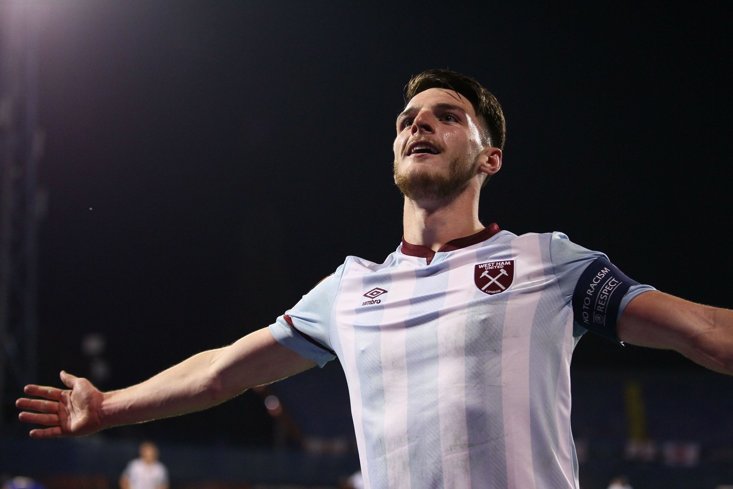 Another Newcastle United signing? *throws hands up in the air*. Yes, because he might not have put up numbers like Maddison or Coutinho since his arrival but his impact on Eddie Howe’s side has been very impressive. In just 944 minutes he’s managed five goals and an assist while generating 23 shot-creating actions. Pair those figures with an 80% long-pass success rate and 33 progressive carries, and you get a feel for just how much of a difference he’s been to that Newcastle midfield.

Get this man on the plane to Qatar. Mo Salah (22G, 13A) and Mason Mount (11G, 10A) are the only two players besides Bowen (12G, 10A) to have double figures for both goals and assists in the league this season. He’s produced 95 shot-creating actions, 21 goal-creating actions and taken the ball into the opponents’ box on 31 occasions. A pivotal piece of the David Moyes puzzle and thoroughly deserving of a place in our team.

Absent for more games this season than ever before, it’s been a tough campaign for Jamie Vardy. Yet even with injuries hampering his ability to play, he’s banged in 14 goals and contributed two assists. His goal tally was only 15 last season while playing 31 games, so it could be argued he’s more clinical now than ever before. With 45% of his shots being on target and his goals-to-shot-on-target ratio working out at 0.64, it would appear that the wily old Fox is adapting his game to suit his new style of play. He may not get as many chances but he certainly takes what comes his way.

A player who dazzles and frustrates fans and pundits up and down the country on a weekly basis. Whatever your opinion of him may be, you cannot deny his talent, his flair and his ability to step up for Crystal Palace when they need him most. This term has been his highest-scoring season ever (13 goals), and with an expected-assist figure of 4.7 and 101 shot-creating actions, it’s clear he’s been more than up for the challenge.

BRENTFORD 4/1 TO FINISH TOP HALF - BETFRED*