Football
News
The Nigerian has been labelled a 'machine' and a 'colossal player' by Brendan Rodgers
Simon Lillicrap
15:00, 22 Jan 2020

Wilfred Ndidi could return to the Leicester team tonight less than two weeks after undergoing a knee surgery that was set to rule him out for six weeks.

It has been a remarkable recovery for a player who is integral to the way that the Foxes play and they have truly missed him holding things together in the midfield, losing both Premier League games in his absence.

The surgery the Nigerian underwent involved removing a piece of floating bone from his meniscus, yet the player Brendan Rodgers has labelled as a "machine" was out jogging the day after the operation. The Leicester manager told Sky Sports:

“Wilf is just a machine. The day after the operation he was on the move. I've seen pictures of him then and he's starting to jog. Listen, if we were playing in an FA Cup final a few days ago he could probably have been playing in it, but we wanted to make sure the knee's clean. He's been running, he's been tackling, he's been aggressive.”

This sort of recovery is rarely seen in the footballing world with Rodgers and his medical staff only able to think of another former Leicester player Robbie Savage and ex-Liverpool striker Luis Suarez, who have both recovered from similar injuries in such a short period of time.

Ndidi’s ability was praised by his manager who has clearly missed him over the past two games. Defeats against Southampton and Burnley have highlighted some glaring weaknesses in the Foxes midfield when the Nigerian is not present.

Before the injury, Rodgers’ preferred and clearly successful set-up was a 4-1-4-1 formation, with Ndidi the holding midfield player, that allowed the talented duo of James Maddison and Youri Tielemans to flourish in central areas ahead of him.

Leicester City FC
@FIRST4LCFC
Brendan Rodgers has said there is a "great chance" that Wilfred Ndidi will be in squad to face West Ham tomorrow.
Potentially a huge boost to #lcfc 💪 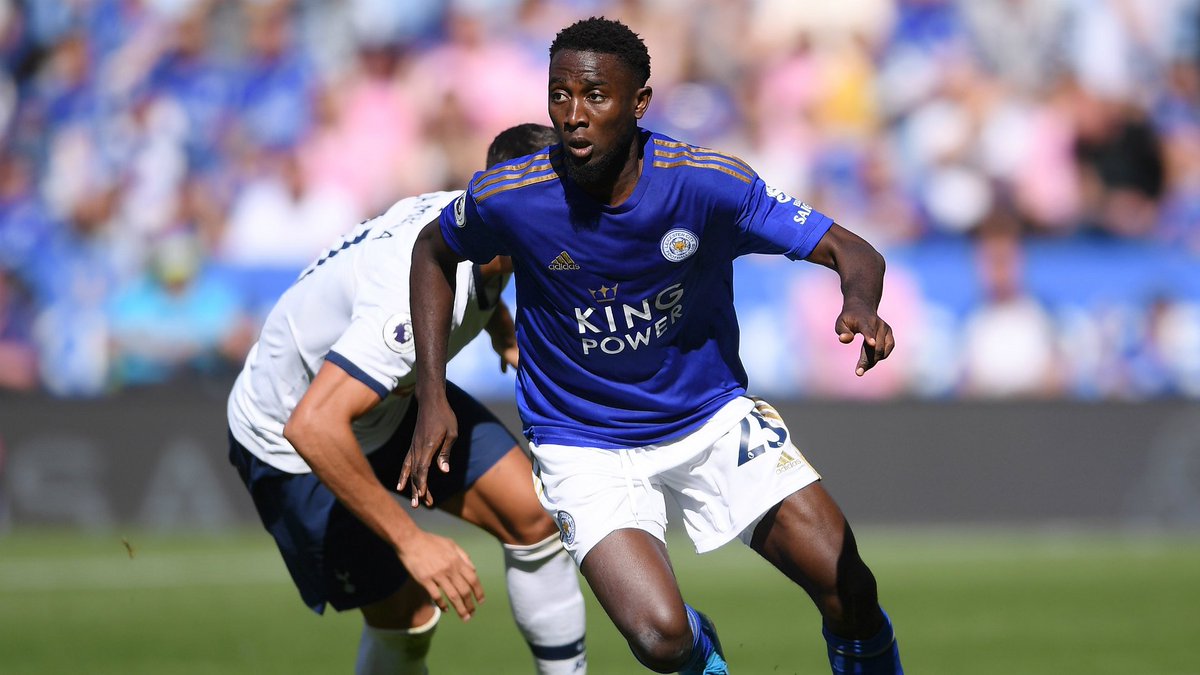 With his midfield general out, Rodgers has attempted to fill that gap by using both Nampalys Mendy and Hamza Choudhury in that role across the past two games, with limited success.

To help the replacement defensive midfielders out he has also chosen to start the energetic Dennis Praet in place of Tielemans with the hope of providing slightly more protection to the backline, although that has hampered their creativity.

With Ndidi now set to return, it will be interesting to see whether Rodgers goes back to his tried and tested attacking axis of Tielemans and Maddison, or whether he keeps faith with Praet. Ndidi certainly brings the option of going with the two more attacking-minded midfielders.

“It's absolutely brilliant news for us because he's a colossal player,” Rodgers said. “He gives a lot of the talent in the team that chance to express themselves because of the ground he covers. He's like having two players."

"He's so valuable to us. That type of player, especially at this time of the season, is vital for you. He's improved. If you look at how he plays, it's not just his aggression and his defensive side - he's always available for the ball.

"He's constantly on it and gets us playing forward and defending forward. There are not too many better than him who do that job. He's a phenomenal player.

"So to have him back, and early, is a huge boost. It's great, great news for us."

Earlier this month he was named Nigeria’s Player of the Year for 2019 and after the last two games, he can also be considered Leicester’s most important player. Jamie Vardy may be the star man, but Kelechi Iheanacho is an able replacement. James Maddison’s creativity can be substituted for Dennis Praet’s and Jonny Evans has the Premier League winning experience of Wes Morgan ready to fill his shoes if needed.

Wilfred Ndidi though? For Leicester, he is truly irreplaceable.

Ndidi Wilfred
@Ndidi25
Its a great privileged to win Nigeria's best footballer of the year. I couldn't have done this by myself, I want to thank my teammates both in the National team and at Leicester City. Thank you to the organisers of The Ballers Awards and all the fans. Thank you 🙏🏾 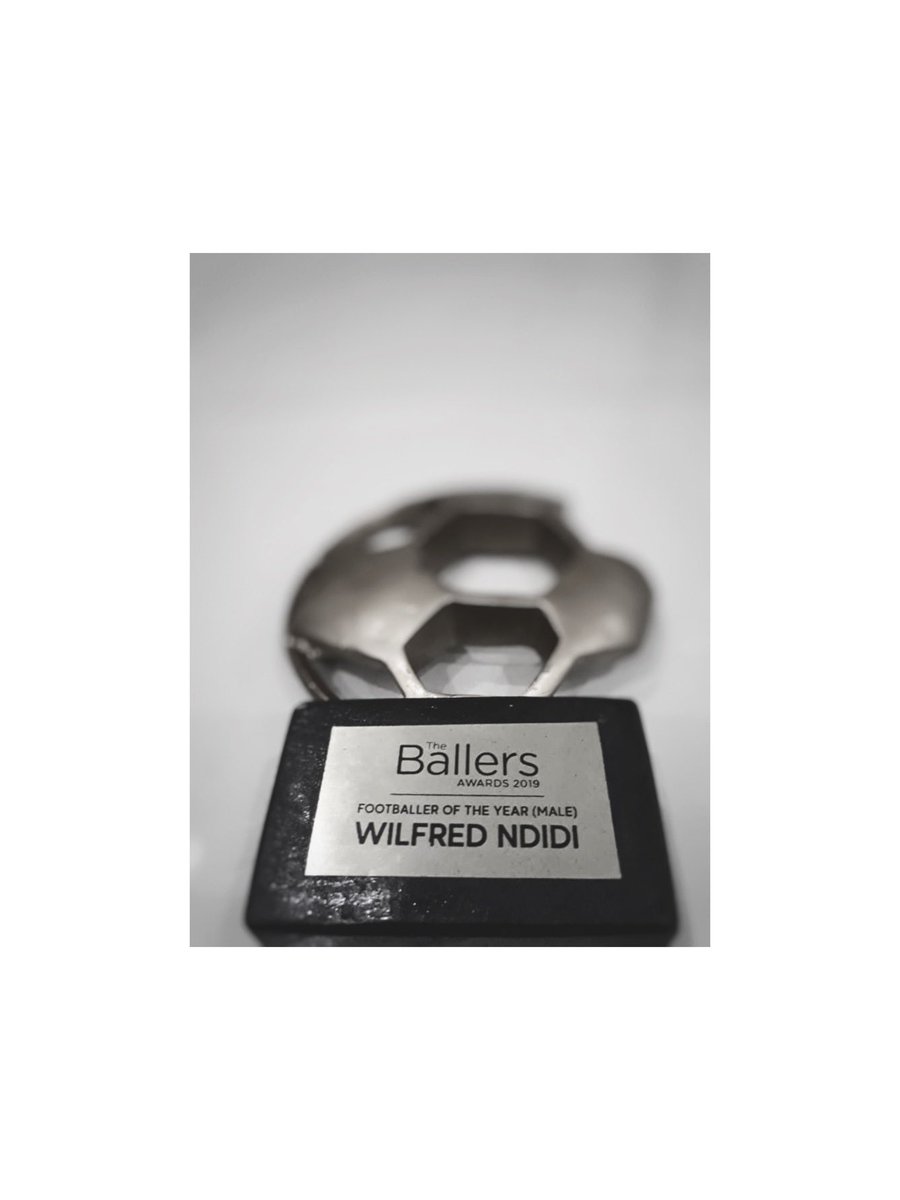 1320
9842
x
Suggested Searches:
Tyson Fury
Manchester United
Marcus Rashford
Lewis Hamilton
F1
Air Jordan
More
football
Lennon's Departure An Inevitable Conclusion For Underperforming...
For nearly a decade now, Celtic have held the upper hand. They have been able to find fun in Rangers’ [ ... ]
football
Everything You Need To Know Ahead Of This Week's Europa League...
The Europa League returns on Thursday with British clubs looking to get the job done in the second leg. [ ... ]
football
Pep's Pursuit Of Perfection Could Yet Lead Man City To Even...
When Raheem Sterling headed home within the first two minutes on Sunday, the end result was already [ ... ]
football
Giroud Stunner Breaks Down Atletico's Wall To Put Chelsea In...
The ball seemed to hang in the air for an absolute age. For a good hour this game between Atletico Madrid [ ... ]
football
VAR Has Got A Lot Wrong, But It Is Dealing With Football's Problem...
The right decision was made. No penalty. Andre Marriner looked at his monitor and watched reply after [ ... ]
football
Simeone Is Everything Abramovich Wants At Chelsea, But He Doesn’t...
Diego Simeone and Chelsea have been inexplicably linked for the entirety of the past decade. Every time [ ... ]
football
Ahead Of Jill Scott’s 150th Lionesses Cap, We Salute One Of...
It has been a long time coming for Jill Scott. 349 days to be exact since her 149th cap but finally [ ... ]
football
From Bayern Target To Subbed Sub, Hudson-Odoi Needs To Become...
The board really did say the number 20. Callum Hudson-Odoi trudged off the field but surely must have [ ... ]
football
Everything You Need To Know Ahead Of This Week's Champions League...
We continue to live in strange times, and still some of the Champions League last 16 fixtures must be [ ... ]
football
Gerrard On The Verge Of Long-Awaited Title As Ruthless Rangers...
“Have you ever seen Gerrard win the league?” goes the mocking chant with a rather course [ ... ]
football
Real Madrid Close In On Atletico, This Weekend’s European Football...
It was an horrendous couple of days for some of Europe’s top clubs as their title bids were dented [ ... ]
football
With Management Made In Sweden, Potter And Hodgson Share A Similar...
Sweden; It's the home of IKEA, ABBA and also the starting base for young English managers starting [ ... ]
football
Daniel James Shows The Value Of Patience As Man Utd See Off...
It was February 2019 when Daniel James went viral playing for Swansea City. In February 2021, he was [ ... ]
football
Guardiola's Midfield Masterplan Adds Arsenal To The List Of...
It was 1974 and Holland hunted in packs. Like watching an under-10s game on a Sunday morning, every [ ... ]
football
Ibrahimovic Can Only Stand And Applaud As Lukaku And Inter Win...
This was a Milan derby which started with a mural being painted outside San Siro of Romelu Lukaku and [ ... ]
football
Eric Bailly Can Be The Much-Needed Player To Help Improve Man...
It feels like Manchester United are close. Close to having a starting XI that can seriously challenge [ ... ]
football
Michail Antonio's True Impact For West Ham Is Simply Unquantifiable
In a world where statistics are, rightly or wrongly, used to make up the majority of footballing judgements, [ ... ]
football
Everton End 22-Year Anfield Hoodoo With Historic Win Over Liverpool
Everton have ended a 22-year wait for a win at Anfield with a brilliant 2-0 win, courtesy of goals from [ ... ]
football
The Biggest Derby In A Decade: Inter & Milan In A Fight At Serie...
There hasn’t been a Milan derby like this weekend’s for a decade. Not since AC Milan hosted [ ... ]
football
''Coaches Are Only As Good As The Players Make Us,'' Says Tottenham...
Jose Mourinho has claimed that he can only be as good as his players allow him to be as his Tottenham [ ... ]
football
Cavani Contract Talks Could Happen ''In The Near Future'', Says...
Manchester United manager Ole Gunnar Solskjaer has hinted that Edinson Cavani will be offered a new [ ... ]
football
Warning: Man Utd & Bruno Fernandes Are Taking The Europa League...
Manchester United and Bruno Fernandes proved they are one of the teams to beat in this season’s [ ... ]
football
Who Is Kyril Louis-Dreyfus? The 23-Year-Old Who's Just Bought...
Sunderland have at last got a bit of hope. After a dismal five years, which has seen them drop from [ ... ]
football
Is The Europa League The Answer To Tottenham's Gareth Bale Conundrum?
How do you solve a problem like Gareth Bale? This isn’t a jolly for Julie Andrews to sing along [ ... ]
football
Guardiola's High Standards Drive Manchester City To A 10-Point...
Pep Guardiola was absolutely livid on the touchline. So irate and so animated was the Manchester City [ ... ]
football
Late Juventus Goal Gives Ronaldo Hope In His Bid For A Sixth...
When Juventus host Porto in three weeks’ time needing only a single goal to progress to the Champions [ ... ]
football
A Lack Of Vision From The Top At Portman Road Is Crippling Ipswich...
Twenty years ago, Ipswich Town were on the verge of securing a spot in the UEFA Cup, eventually finishing [ ... ]
football
PSG Defeat Feels Like The Definitive End Of An Era For Barcelona...
There was something incredibly symbolic about Barcelona’s tepid performance at the Nou Camp against [ ... ]
football
Everything You Need To Know Ahead Of This Week's Europa League...
The Europa League is back and although clubs may not be playing away ties in the locations you may expect [ ... ]
football
Crisis? What Crisis? Liverpool Rediscover Their Groove Against...
This wasn’t vintage Liverpool but this was certainly Jurgen Klopp’s men giving us a stark [ ... ]