Motorsport
News
Victory in Austria means Verstappen has made it four wins from his last five races and third in as many weeks
Kieran Spratt
15:56, 04 Jul 2021

Max Verstappen has extended his lead to 32 points over Lewis Hamilton in the 2021 Formula One Drivers’ Championship after a flawless performance at the Austrian Grand Prix on Sunday.

The Dutchman roared that it was “even better than last week” as he cruised home at the Red Bull Ring, making it four wins from his last five races and third in as many weeks after topping the podium in the Styrian GP a week ago and in the French GP the week before that. 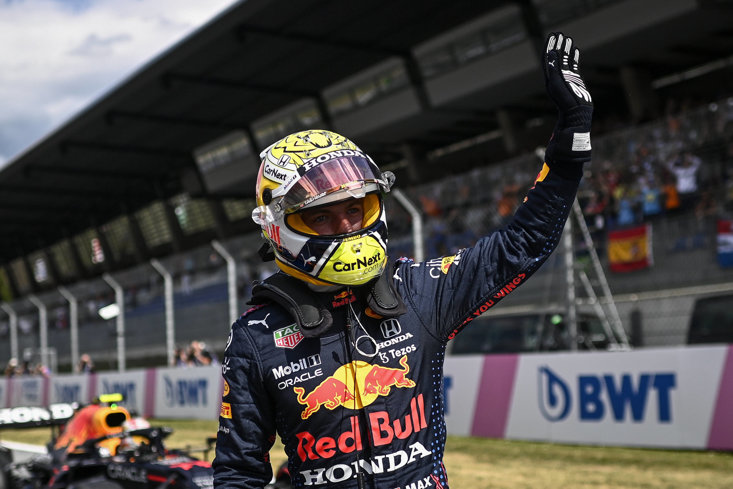 Today also marked the first time that Verstappen has completed a “grand prix slam,” claiming pole position, the fastest lap and leading the race from start to finish.

Despite a second-place finish for Bottas, Mercedes now find themselves 40 points adrift of Red Bull in the Constructor’s Standings, with the Austrian manufacturer having claimed wins in the last four races.

Speaking after the race, Verstappen said, “It was really enjoyable to drive today. I’m a bit amazed myself how it went today. It’s not always easy to deliver when you’re the favourite. These two weeks have been incredible.”

Elsewhere, it was heartbreak for George Russell who agonisingly missed out on a point for Williams for the first time when he was passed for tenth place by Alpine's Fernando Alonso with just three laps to go. There was also some late drama when Sebastian Vettel tried to sneak past Kimi Raikkonen on the final lap, resulting in a collision and a late yellow flag.

Red Bull and Verstappen have all the momentum right now, so it’s absolutely vital that Hamilton and Mercedes bounce back at Silverstone on July 18.