York City Knights coach James Ford has insisted there is more to come from his side after their 30-6 Betfred Challenge Cup first round win over Sheffield Eagles on Friday night.

Perry Whiteley scored two tries and Brendan O’Hagan collected the Man of the Match award in the victory shown live on The Sportsman, but Ford was keen to point out that his team still have some things to put right.

“I thought we were nearly good, I didn’t think we were good,” he told The Sportsman after the match at the Keepmoat Stadium. “I think we showed a lot of character and heart, and we took a step forward with the ball from what we displayed against Hull but on occasions we’d just play five and we were giving penalties away in possession and not getting our transitions right. They were probably things where you’d say we were a little bit rusty.

“I don’t want to come across too negative because there was plenty of good stuff. We’d have 12 or 13 minutes of good stuff but then we’d fall away, it just pumped Sheffield’s tyres up a bit.”

York will now play away to the winners of Saturday’s clash between London Broncos and Keighley Cougars in the second round next weekend, and Ford is prepared for another tough proposition.

“It will be a massive challenge for us next week whether it be Keighley or London, they’re both good sides, they’re well coached and it’s away from home again, so that’s a challenge, certainly in the Covid era.” 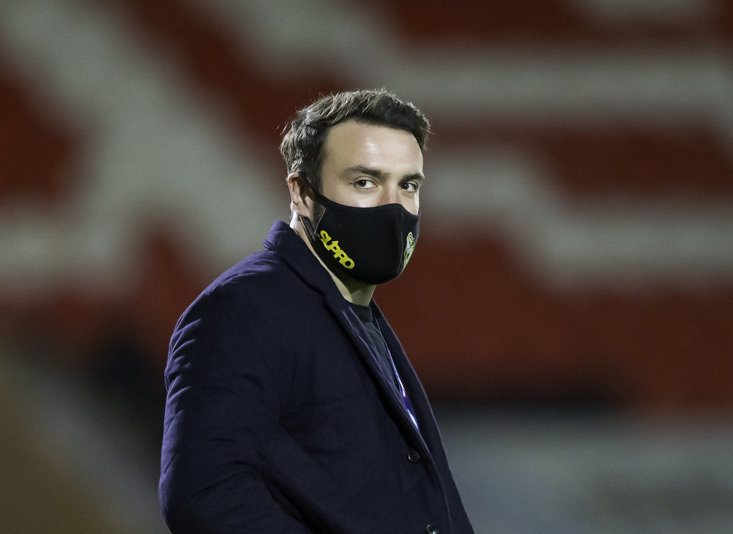 YORK COACH FORD IS EXPECTING BETTER FROM HIS SIDE GOING FORWARD

Ford’s opposite number Mark Aston was proud of his Sheffield side’s performance despite losing at the first hurdle.

“I’m not going to start slagging my players off because I thought their commitment was first class, but we looked like a team that hadn’t played for 12 months,” said Aston. “But we had a dig, I was a little bit disappointed with some of the tries that were conceded, but credit to York, they’re going to be a good team aren’t they? They’ve invested, they’ve got plenty of experience and when the game gets a bit nip and tuck they’ve got people who can pull them out of there.”

While back-to-back tries late in the first half had seen York open a 14-point lead, Aston still had belief in his side to turn it around after the break.

“I still thought at half-time that we could turn it around but the breaking point was that start of the second half, when they coughed up two or three balls and we didn’t exert the pressure and were a bit indisciplined. It’s just that little bit of fine-tuning and that bit of discipline with the ball in hand.”

The Betfred Challenge Cup continues over the weekend, with a further seven matches being played over Saturday and Sunday.