Another title-winning season for Manchester City, neck-and-neck with a fierce rival with a race that has been taken right to the wire, in part due to a ferocious goal by their tenacious, beloved skipper.

This article could well have been written in 2012, when City - then under manager Roberto Mancini - achieved their first title in more than four decades, a season that marked Vincent Kompany’s second successive season elected to the PFA Team of the Year.

Seven years later, Kompany may not be the regular fixture in the City backline he once was, but he articulated his importance to this continually ambitious, routinely impressive City side. Arguably more important was the image he helped to promote for the club in the penultimate game of the 2018/19 season with a beautiful anomaly of a strike for the three points against Leicester City, and cementing himself further in City folklore.

As commentator Gary Neville rightly exclaimed upon witnessing his first ever Premier League goal from outside the box, “Where do you want the statue Vincent Kompany?”

The Belgian defender predates the Sheikh Mansour-era, joining a little under a fortnight before the approach of the Abu Dhabi Group in August 2008 that would indefinitely change the fortunes of the Manchester-based club.

The double-Ebony Shoe winner arrived in east Manchester from Bundesliga side Hamburg for less than £7million following on from Anderlecht, and as a midfielder. A decade later, he is City’s most decorated captain, across a period of tutelage of four managers, three of whom have returned the Premier League title and has been voted the league’s best ever foreign defender.

After his latest exploits against the Foxes, Kompany was visibly emotional on the Etihad pitch where he was joined by his children and enjoyed the rapture generated by a grateful Cityzens fanbase in Eastlands.

If his actions, emotions, and demeanour are suggestive of his future, that very same support should be greatly indebted for the time Kompany has spent at the club - arguably as the club’s most important ever player. His latest moment of brilliance was a timely reminder that for all the billions that have been subsequently spent since his arrival, this Manchester City would not exist without their captain Kompany.

The moment of course harks back to the heralded night, April 30 2012, Manchester City versus Manchester United. Starting from where his legendary status in Blue eyes was ignited, with Manchester United willing to take a draw for their ambitions of back-to-back-titles, a Kompany header in first-half stoppage time proved decisive and confirmed City clawing back into the race. After the advantage had been traded throughout the season, United had blown an eight-point advantage with six games remaining, fitting that Kompany - by then undeniably one of the EPL’s very best - would be the one to strike the determining blow. Without this, there would be no ‘Aguerooooo!’.

The spring time - particularly around April - seems when Kompany’s goal-scoring prowess blooms. After a 15/16 season limited by injury, that ultimately consigned him to just 11 league appearances that season and would end trophyless, Kompany popped up with a header at St. Mary’s Stadium, and though it was a comfortable victory for Pep Guardiola’s visitors against Southampton, Kompany’s emphatic celebrations was from a man proving he could contribute, and had worked extremely hard to do so, and a testament to the man, his ethics, and his workmanship.

As has been well-documented, Kompany endeavours as a Manchester City man stretch well beyond the pitch with his allegiance with Manchester mayor Andy Burnham and the Tackle4MCR campaign that tries to combat the ever-growing problem of homelessness in the city. Kompany used his own testimonial dinner as a fund-raising awareness, an event that brought the two clubs of Manchester together, with Red Devils manager Ole Gunnar Solskjaer and first team coach Mike Phelan in attendance and backing the project. It of course shouldn’t be a stipulation for every player to arrive to marry a fan from the city, but Kompany’s relationship with Mrs Carla Kompany née Higgs, a lifelong supporter from Irlam, is intrinsic to - even go as far as to say symbolic - the perceived mutual, reciprocal relationship he has with Manchester itself. 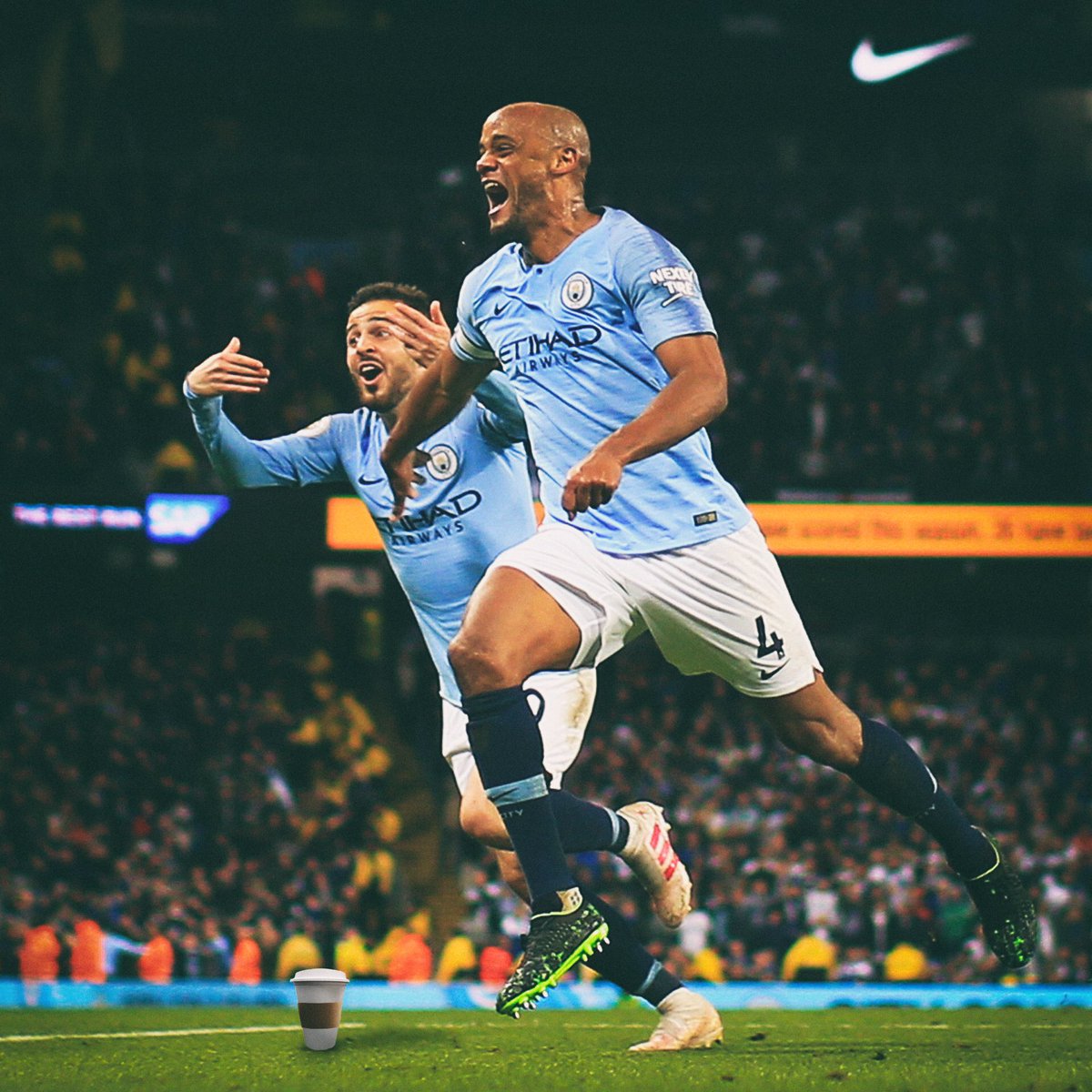