After Wales suffered a 22-17 defeat at the hands of Ireland in Cardiff last Saturday, the onus is on Warren Gatland's men to turn the tables when the sides meet in Dublin this weekend.

It's the final opportunity for Welsh players to stake their claim for a place in the World Cup opener against Georgia on September 23.

Winning in Dublin would pour even more confidence into a side who are fancied to reach the semi-finals at least. Most pundits are putting this Welsh team as fourth favourites to win, behind top tips New Zealand, South Africa and England.

Why, though, should Wales lack self-belief? They are the reigning Guinness Six Nations Grand Slam champions and, until recently, were on a record 14-match winning streak.

Their current boss, 55-year-old Warren Gatland, will take over the Chiefs in his native New Zealand when his contract as Wales coach ends after the World Cup. Could he bow out on a glorious high?

“We are not afraid of anyone and I think this squad is good enough to win the World Cup,” he said.

This is the best squad we have ever taken to a World Cup.

Indeed, Gatland's squad is awash with class in every department and the New Zealander has made 15 changes for Saturday's Dublin showdown, fielding a star-studded side. 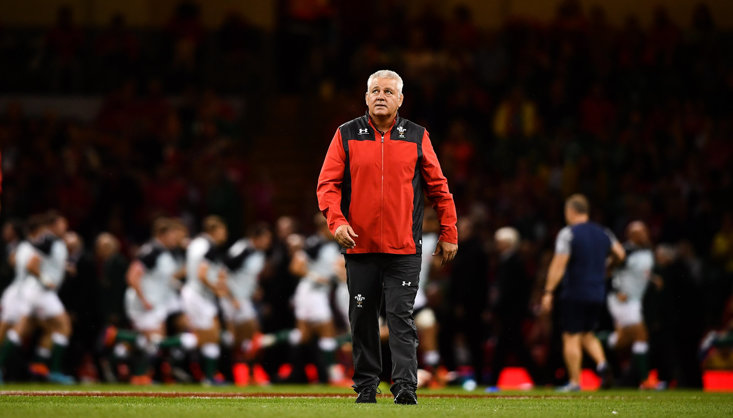 Scarlets' Rhys Patchell, who made the World Cup squad as back-up fly-half to Dan Biggar after being picked ahead of Jarrod Evans, will start at No 10 this weekend.

Captain and lock Alun Wyn Jones is among those who return and will win his 128th Wales cap.

Tomos Williams partners Patchell at half-back with Leigh Halfpenny at full-back and George North and Josh Adams on the wings.

There are no uncapped players in an experienced Wales matchday squad as they prepare for the tournament in Japan.

British and Irish Lions Ken Owens, Dan Biggar and Liam Williams are on the bench.

Gatland added: "This is our final preparation match so it is important we get enough rugby into us, get rugby ready ahead of our RWC opener against Georgia which is just over two weeks away.

"It is important we hit the ground running in Japan and we give the players enough time on the field.

"Saturday is the first time these players would have taken to the field as members of the RWC squad, it has been a big week and it is a big opportunity for players to put their hand up and secure spots for the starting XV in Japan."