Football
News
An expected defeat on the night, but perhaps the road to Qatar just became a little clearer for Wales
Simon Lillicrap
22:15, 24 Mar 2021

Despite a 3-1 defeat to the number one side in the world, Belgium, in their first World Cup qualifier, there were shoots of promise for Wales in Leuven.

Robert Page, standing in again for Ryan Giggs in the dugout, had his side playing an exciting and engaging counter-attacking style of football which paid dividends for the first goal and caused an experienced Belgian side problems all night. This materialised despite the visitors losing Joe Allen to injury after just eight minutes, a player who has been key to their success in recent years.

With Daniel James and Gareth Bale starting up front in a 5-3-2, pace was always the way Wales were going to hurt this Belgium side and it worked to perfection as they took the lead early on, with an incredible team goal. Bale, Harry Wilson and Connor Roberts combined to carve up the Belgian defence as Wilson put the finishing touch to a goal which had everyone in awe. It was the perfect breakaway, with one-touch incisive passing which left Belgium looking anything but the number one side in the world.

Sky Sports Football
@SkyFootball
WOW, what a start for Wales!
It's a brilliant goal from the visitors. They produce some scintillating one touch football as Bale plays a delicate pass through for Wilson.
Follow #BEL vs #WAL in the #FIFAWorldCupQualifiers here:
188
1044

In truth, they couldn’t have done much about that brilliant Wales goal but the side who haven’t lost at home since 2010 began to flex their muscles and when Kevin De Brume was given half a yard from the edge of the box from 25 years out, he fired a ball into the far corner, and the ball cannoned in off the post. That is the difference a truly world class player can bring to your team. As quickly as Welsh minds had been remembering the events of Lille five years ago and dreaming of a repeat, Belgium had played their trump cards and were not just level, but ahead.

This time it was unfortunate as Thomas Meunier’s cross towards the back post was headed home by Thorgan Hazard, but he only made clean contact with the ball as his marker Connor Roberts slipped at the vital moment. Quick as a flash, the Welsh had lost their lead, but they didn’t lose their composure or their attacking intent. With Youri Tielemans partnering De Bruyne in midfield, it was always going to be difficult to see much of the ball for the away side, but when they did have it, they tried to attack with thrust at the heart of the Belgian back three.

James’ pace was a key factor in this game plan and the Manchester United man saw his shot go wide of the post after yet another pacy counter in the second half. Despite some resolute defending and looking to get themselves back into the game when the opportunities presented themselves, the game was taken away from them late on.

Dries Mertens was booted by Chris Mepham in the box and although the Bournemouth defender didn’t know he was there, it was as clear as a penalty you will get and Romelu Lukaku, Belgium’s record goalscorer, added another to his tally which is now 58, from twelve yards. 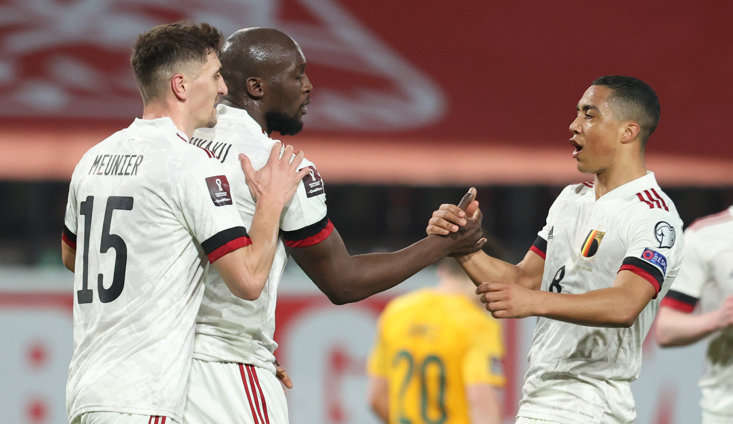 This was always going to be a tough ask. In fact, according to the FIFA world rankings and recent home form, there is not a tougher international team to face on the planet than Belgium away from home. The favourites to win Group E, and one of the favourites to lift both the European Championship this summer and World Cup next year, have quality all over the pitch and this was without Eden Hazard who missed out through injury.

Meanwhile, Wales haven’t qualified for a World Cup since 1958 but perhaps this group of players could just do it. They were never expected to get anything tonight, but the blueprint put in place by Page and his staff could well pay dividends against other opposition. An expected defeat on the night, but perhaps the road to Qatar just became a little clearer.

Elsewhere, the Republic of Ireland fell to a 3-2 defeat against Serbia, as a double from Fulham striker Aleksandar Mitrovic was enough to turn around the game after Alan Browne had given the visitors an early lead.