Football
News
Robert Page's side would trail the Czechs by seven points if they lose on Tuesday night
Elliott Bretland
14:00, 30 Mar 2021

"It’s the luck of the draw" is the saying. Already, Wales head into only their second World Cup qualifier and it feels like defeat against Czech Republic on Tuesday night would be a massive setback.

As the second seeds in Group E, they are expected to trail Belgium in the standings and lost their opening clash against the Red Devils 3-1 as Kevin De Bruyne and Romelu Lukaku got on the scoresheet. However, should they lose to the Czechs at Cardiff City Stadium, they will already trail them by seven points after Jaroslav Silhavy’s men hammered Estonia 6-2 in Tallinn before claiming an impressive point against the Belgians. Belarus are the other team in the five-nation group.

Of course, should Wales not win, there is still a long, long way to go but psychologically, there would be little room for slip-ups. However, they will head into this one in confident mood, after Kieffer Moore’s goal on Saturday sealed a 1-0 win for a much-changed Wales over a Mexico team ranked ninth by FIFA. 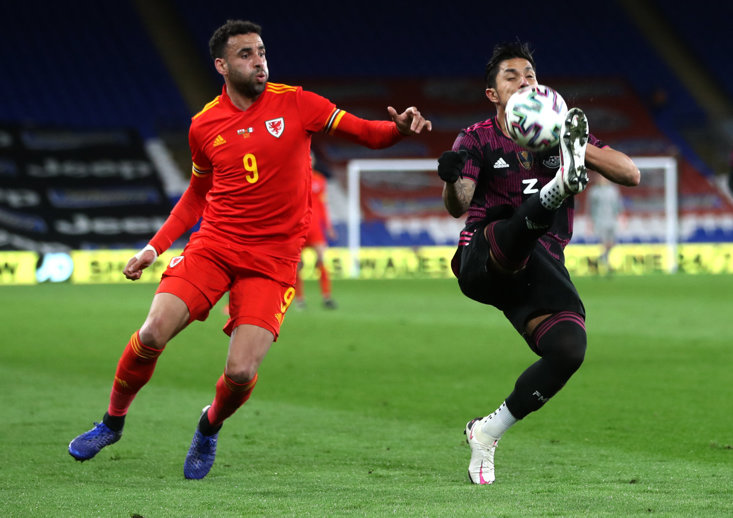 "We've had two difficult games against teams in the top 10 in the world - we gave a good account of ourselves," said caretaker boss Robert Page, taking charge in the absence of Ryan Giggs, after the Mexico match. "We went toe-to-toe in the second half against Belgium and held our own. The win on Saturday sets us up nicely and we'll be going for the win [on Tuesday].

"The Czechs will as well - we've seen them play home and away and their approach is the same - so we'll both be going for the win and it should make for an entertaining game.

"It's always been an important game but [the Czech draw with Belgium] doesn't put more importance on it. It just gives us a better opportunity that if we do get the win, the table looks a lot healthier. It's still early stages so we're not going to get carried away. Like every game, we'll approach it with the mentality to get the win."

Gareth Bale is expected to play but the Dragons will not be able to call on midfielders Aaron Ramsey and Joe Allen or defensive duo Ben Davies and Tom Lockyer who have been ruled out through injury.

To make things more difficult, Page, who appeared for Sheffield United and Watford during an 18-year playing career, will also be without Hal Robson-Kanu, Rabbo Matondo and Tyler Roberts after they were released from the Wales squad for ‘breaching protocols’. The FAW did not specify the breach.

Wales will be looking to ignore any distractions and continue their good form. Lose, and bizarrely, it looks like Bale and Co will have quite an uphill battle to reach the World Cup. After only two games in, they’ll have their work out to catch Belgium and the Czech Republic.

It’s the luck of the draw and the Group E fixture computer hasn’t been kind to Wales. Win though, and they will really feel they can challenge and progress.