Athletics
News
There are great lessons to be learned from the likes of two-time decathlon gold medallist Daley Thompson ahead of the Olympic Games
Rob Walker
11:58, 01 Jul 2021

Having the chance to interview an Olympian is something never to be taken for granted. If ever you find yourself with a spare five minutes in the presence of someone who has competed for his or her country at sport’s ultimate quadrennial festival, if they have the time and you are up for it, take a moment to ask them a few questions.

All of us have at one time or another had to demonstrate will power and determination in order to achieve a goal. The chances are if you are lucky enough to do a job you enjoy, or you gained a qualification coming through an exam you weren’t sure you would pass, you will probably have had to sacrifice a few things along the way to make it happen.

Magnify that ten times and you might come close to the level of dedication required in order to gain selection for an Olympic Games. Having studied the Games for my dissertation back in the 90s and having covered every edition since 2004, I would say the three biggest common denominators among all athletes is self discipline, determination and, of course, talent.

So imagine my delight on Tuesday morning this week when, thanks to Bridgestone, a proud partner for the Tokyo 2020 Olympic and Paralympic games, I was granted a 15 minute audience with a man who undoubtedly displayed all three of those characteristics (and a whole host of other qualities) across four Olympiads in which he proved himself to be the greatest all-rounder of all-time. I am of course talking about Daley Thompson. ​​​​​​

In some ways Millennials will struggle to comprehend the magnitude of Daley’s achievements and the impact he had on a generation of 1980s kids, many of whom grew used to seeing this moustachioed man with Herculean shoulders casually sauntering his way to a succession of Commonwealth, European, World and Olympic decathlon titles. Usually dispatching a selection of massive East Germans (including world record holder Jurgen Hingsen) along the way. 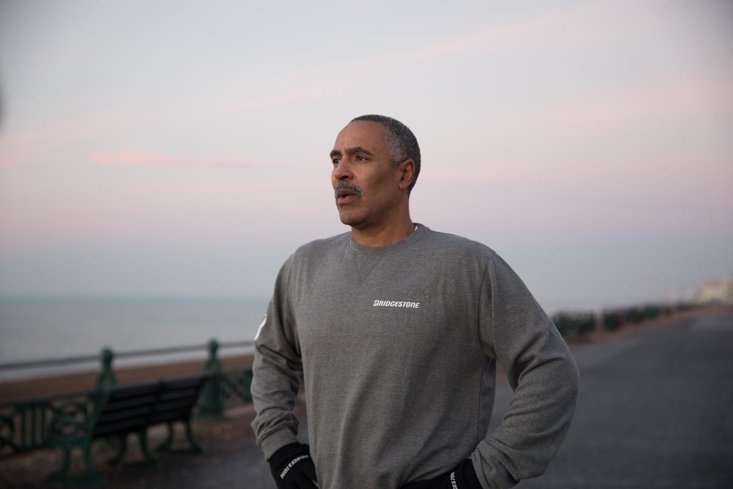 Daley Thompson is one of Britain's finest athletes

Daley was, and thankfully remains, different. A huge talent with a huge personality and, lest we forget, a huge work ethic as well.

The son of a Nigerian father and Scottish mother, his ability shone at such an early age that he celebrated his 18th birthday competing at the 1976 Montreal Games. Fittingly he finished 18th out of 23.

Canada in ‘76 proved to be a vital learning experience which was to stand him in good stead when he arrived in Moscow four years later as the favourite for gold. In fact, if you watch the full interview, Daley confirms that the first Olympiad was among his finest sporting memories as there was no pressure attached to his participation, just the love of the sport guiding him through his formative experience.

Commonwealth gold and European silver followed in 1978 before he took Moscow by storm and as any school pupil from the 80s will tell you, it wasn’t just what Daley did, it was how he did it.

There was a mischievous confidence in his demeanour which would have been hard to fake. When I asked him if he ever felt nervous (even though he would never show it) his response was typical of the winner's mindset. He simply stated that if your preparation had been thorough and you had confidence in your ability, there was genuinely nothing to be nervous about. Easier said than done you suspect for mere mortals!

After starting with a 10.62 100m and an 8m long jump, Thompson was on an irresistible roll towards history in Russia and he was not to be stopped. He secured gold by a massive margin, which was greeted by a standing ovation from a very knowledgeable Moscow crowd.

After the medal presentation one lucky photographer caught an image which perfectly captured Daley’s personality and mood. Walking in between the two silver and bronze medalists, Thompson jumped in the air, clicking his heels together with a massive smile on his face. Instinctive. Individual. A legend was forming.

The winning streak which followed is arguably one of the most impressive in athletics history – especially in such a technical event where so much can (and often does) go wrong.

From 1980, Daley won every decathlon he entered for seven seasons. A run of form which brought him two further Commonwealth titles and two European golds in ‘82 and ‘86, victory in the inaugural World Athletics Championships in Helsinki in 1983 (despite missing 14 weeks of training in the lead up with groin and back injuries) multiple world records and, of course, the successful Olympic title defence in Los Angeles in 1984.

His two days in LA will remain indelibly etched in the minds of all of us who watched from afar. His raw speed was one of his strongest assets and he got off to another flying start with 10.44 in the 100m and 8.01 in the long jump, but unlike Moscow it wasn’t all plain sailing.

Whilst many people remember the exuberant somersault on the pole vault mat from ‘84, the key moment came in the seventh event. Jurgen Hingsen was the current world record holder and had launched the discus out to over 50m. Daley had been well below par with his first two efforts and needed a big third round throw to avoid his great rival from East Germany taking a lead which would be hard to claw back.

Again in the interview, I asked him if he was feeling it in that moment. Surely he must have been? Once again Daley gave the insight of a champion. He said those are the moments you find out who you are and it is among his most treasured memories of all the countries, all the medals and all the victories he forged across almost two decades of brilliance. 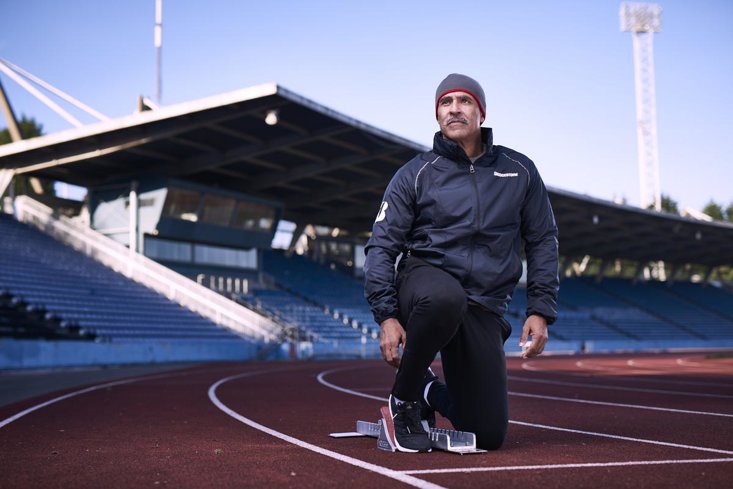 Thompson back in the starting blocks

Some might argue that more than three decades on from that golden moment it’s a different era now and a different landscape for modern day Olympians, but there are great lessons to be learned from the likes of Daley and his approach.

I see some parallels with Daley and Dina Asher-Smith. She may not be quite as forthright with her views as the great decathlete, but she has the same lack of fear of her opponents and the same absolute faith in the training she has done and the progress she has made.

The 2014 world junior champion has matured into one of the best sprinters in the world and if she can harness that self belief, there is a chance she could join Daley on a rare and illustrious list of British Athletics Olympic Champions.

Daley will be watching with the same familiar grin which accompanied him on the road to greatness all those years ago. Less than a month to go!

Daley Thompson is an Olympic ambassador for Olympic and Paralympic partner Bridgestone as part of its Chase Your Dream No Matter What campaign.