Snooker
News
The Scot dropped only four frames all week as he clinched a first title in three years
Rob Walker
13:00, 01 Mar 2021

John Higgins completed one of the most dominant weeks of snooker in years on Sunday, winning the Cazoo Players Championship with a sparkling victory over Ronnie O’Sullivan to crown a seven-day period he believes to have been his best ever.

Rarely has a match without a single spectator been more keenly anticipated than last night's final in Milton Keynes. After an enthralling week at the Marshall Arena, involving only the top 16 players on the world's one-year ranking list, we had the perfect climax with two of the greats of the sport renewing a rivalry that dates back to 1992, the year they both turned professional.

Higgins' route to the final and his old adversary was unprecedented. He didn't drop a single frame in his opener against newly-crowned Welsh Open champion Jordan Brown or in the quarter-finals against three-time world champion Mark Selby. 6-0 thrashings were administered to both.

Even in the semi against Kyren Wilson he conceded just a single frame, and when I spoke to him after that match on ITV, he stated with absolute conviction that he's playing the best snooker of his career. That was quite some declaration for a man who sits third on the all-time list already with 30 ranking titles, including four world crowns.

For anyone other than Ronnie O'Sullivan the prospect of a John Higgins on top form in a major meeting would prove to be an overwhelming prospect right from the start. But the Rocket led their head-to-head in finals 10-7, and he too had shown sublime touches in the week.

Admittedly he needed every frame to overcome a dogged Ding Junghui in his first round, but that was partly down to fatigue from losing the Welsh Open final. In the quarters he was so good that he was deemed just about unplayable by a philosophical Jack Lisowski afterwards. Perhaps the only clue that Ronnie might not be at 100 per cent for the final was a slow start against Barry Hawkins in the semis. The man he beat for world title number five in 2013 led 3-0 early on but O'Sullivan nicked the last frame of the mini session before the interval and recovered well to win 6-4. 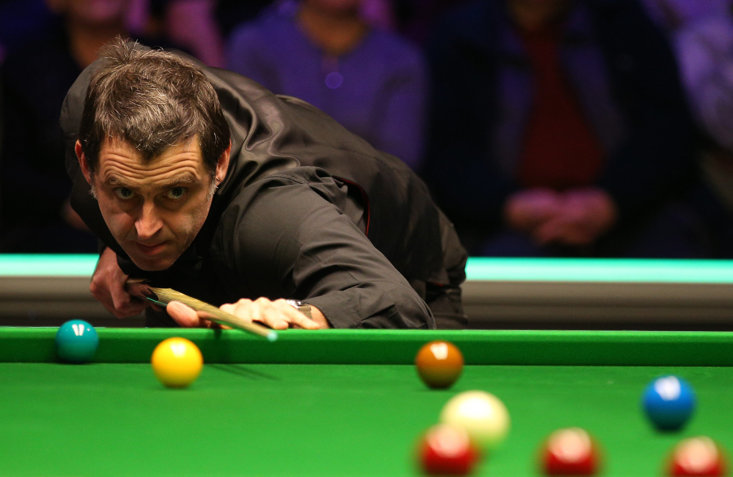 RONNIE HAD ALSO HAD A GREAT WEEK UNTIL SUNDAY'S FINAL

The final itself was their first meeting for a trophy since Higgins beat the Essex cueman to the Champion of Champions title in 2016, and, as sometimes happens in these battles of the titans, they were both edgy early on but Higgins took the opener and that set the tone for the afternoon session. With subsequent breaks of 92, 68 and a total clearance of 142, the Scot was in total control after the first four frames, 4-0 up without reply.

Unthinkably, O'Sullivan's pot success was down at 41 per cent at that stage. He just hadn't settled at all. He continued to look lacklustre after the mid-session interval, with Higgins adding another brilliant century of 138 for 5-0.

These one-sided scorelines hardly ever apply to O'Sullivan in finals. Correction: they do, but usually with him administering the hammering rather than being on the receiving end. But what is it they say about class being permanent? From nowhere he clicked into gear with a break of 82 for 5-1. The next frame felt big and went scrappy and long as a result.

It was a 35-minute epic in which O'Sullivan eventually lost patience and went for a really difficult double on the final yellow, leaving Higgins to snatch it. The master of match play was at it again. Surely 6-1 was an insurmountable lead? Yet, as if to prove you can't take your eyes off him for a second, the Rocket stormed to the tournament high break of 144 in the last frame of the afternoon session and walked off smiling, looking ominously relaxed.

At 6-2 down in this first to 10, the door was just about ajar for the most decorated player in history. With O’Sullivan having taken two of the last three frames before the break, both players knew the importance of the first frame of the evening and both were understandably nervy once again. 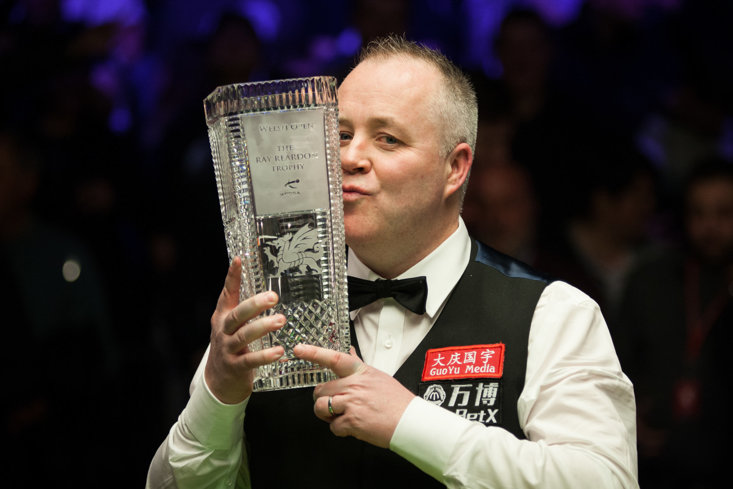 With a mental strength which has defined his entire career, Higgins somehow kept himself together, and after grafting his way to a hard-fought half-century of 51, he was three away from the winning line. But the magic of O'Sullivan is that his is a mercurial ability so breathtaking that even from seemingly impossible positions like 7-2 down, you just never know.

Where the first frame after the restart had taken just over 15 minutes, the next was a seven-minute masterclass of break-building under immense pressure. The Rocket's second century of the day appeared to show there was life in this match yet. Alas, for Ronnie's huge army of usually vociferous fans doubtless willing him on in front of the TV at home, that was to be his last significant contribution to the evening.

Higgins' composure continued to match his talent as he edged closer and closer to his first major title in almost three years.  The most barren spell of his career was about to come to an end in spectacular fashion. Breaks of 70 and 77 left him one away, and he rounded off an incredible week in fitting style with his third century of the match and a 10-3 victory over the greatest player in history.

For the second successive week I found myself on the arena floor conducting a live runner-up interview with Ronnie. And once again, as they had been against Jordan Brown at the Celtic Manor last Sunday, his words were genuine and gracious. He was beaten by the better man on the day and he said so in no uncertain terms.

He still leads their overall head to head record, but no one has ever got the better of him as often as the Scot and there is a huge mutual respect between them because of it. As for John, you could see what it meant to him in that moment.

Being given the responsibility for those live interviews is a real privilege, partly because standing so close to the two players means you can sometimes sense emotions which even HD cameras cannot capture. Higgins wasn't in tears but he wasn't far away, and if his wife Denise and his three children had been there to share the moment he might well have been.

Having missed out in four big finals since his last major triumph at the Welsh Open in March 2018,  he admitted he had begun to wonder whether another major trophy would forever elude him. After waiting so long for his 31st title, playing so well throughout the week and beating his fellow class-mate of 92 in such empathic style, I think this will be a memory to rival even his finest moments in snooker.

He said it had been his best week in the sport. It felt that special. As it did for those of us lucky enough to be able to say we were there.