The final session of athletics in Torun brought a magnificent seven further European Indoor Championships medals for British athletes on a night when several of the sport’s global stars also shone during the final act in Poland. From a British perspective there was no doubting the highlight as Keely Hodgkinson stole the show.

Those close to the sport have known about the teenage 800m runner for a while. Blessed with huge natural talent, a great work ethic and the stewardship of Jenny Meadows and husband Trevor Painter as coaches, she's clearly set up for success.  And after breaking the world junior record in January with a blistering 1.59, there was great expectation on her in Poland.

But could she do it under pressure and alongside very astute tactical racers like Poland's Olympic finalist Joanna Jozwik and former European outdoor 1,500m champion Angelica Cichocka? The answer was emphatically yes.

Despite the quality of the line-up, the early pace was incredibly slow, so the 19-year-old took the lead and the initiative, yet crucially didn't look panicked into doing so. She seemed calm and assured even when she could sense Jozwik was close behind, and the authority with which she stepped up the pace with 250m to go spoke volumes about her composure.

Her confidence never looked in doubt on the last lap, and after the slow start the time was an irrelevance. It was a superb maiden senior title for Hodgkinson, who became the youngest British Euro Indoor title winner for more than 50 years. Quite some accolade and quite some platform for the summer.

Speaking of which, with the depth of American and Caribbean male and female sprinters it's sometimes easy to overlook the world class Europeans with more than enough talent to challenge for global honours. One was in action last night. Switzerland's Ajla Del Ponte arrived in great form and delivered one of the performances of the weekend in the women's 60m.

Blasting out of the blocks she was never headed but everyone - including Del Ponte herself - looked surprised when the stadium clock stopped at 7.03. A sensational world lead which puts her in exalted company on the all-time list. Even the likes of Shelley Ann Frazer Pryce will have sat up and taken note of that run. It was phenomenal and surely sub-11 seconds beckons outdoors over 100m? 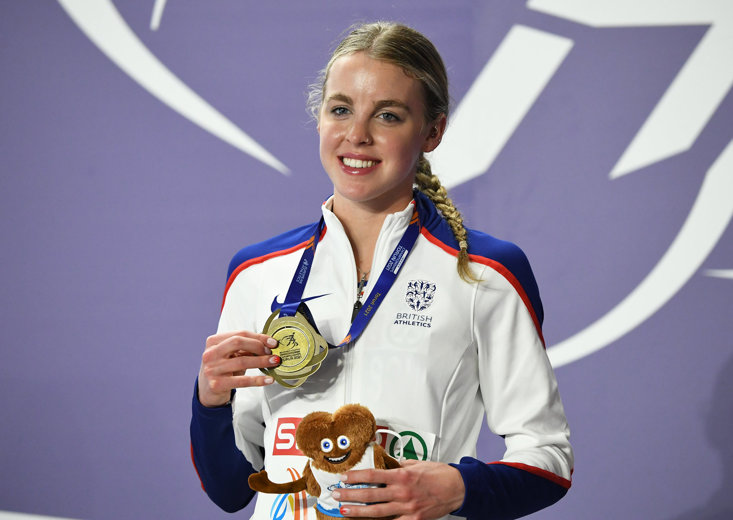 We are also beginning to run out of superlatives with which to describe pole vaulter Mondo Duplantis. The 2020 Male World Athlete of the Year reached new heights with two world indoor records last season and he almost added another centimetre to his mark in Poland last night.

After his effortless-looking 5.85 to seal gold, he then breezed over 6.05 to take Renaud LaVillenie's Championship record. Not content with that, he had the bar raised to 6.19, one centimetre higher than his historic vault in Glasgow last February. The second effort was his closest, and in this kind of form even the likes of American double world champion Sam Kendricks will have his work cut out to stop the Swede in Tokyo.

Elsewhere in the field events the flawless Ukrainian high jumper Yaroslava Mahuchikh continued an amazing spring with a dominant victory over her compatriot Iryna Herashchenko.

Mahuchikh, who produced that 2.04 world junior record for silver behind Russia's Mariya Lasitskene in Doha 2019, had moved to third on the all-time list indoors with 2.06 last month and her victory with a first-time clearance of two metres looked easy. It’s amazing to think she's still just 19 years old. Injuries notwithstanding, she's got a huge future in the sport and looks like a future world record holder to me.

Back on the track a Norwegian star was continuing to shine brightly once more in the distance events. Jakob Ingebritsen was out for the 1,500/3,000m double after his win over the shorter distance on Friday night and, a little like Duplantis in the pole vault, it was never in doubt. He went straight to the front and controlled it from start to finish, becoming the first man since Mo Farah to successfully defend the title.

Perhaps the most impressive element of his race was watching the effortless acceleration over the last 150m. It was as if he was floating away from the rest of the field and he gave the impression there were further gears should they have been needed. After 3.31 indoors for fifth on the all-time list, his summer season is one to watch very closely indeed. 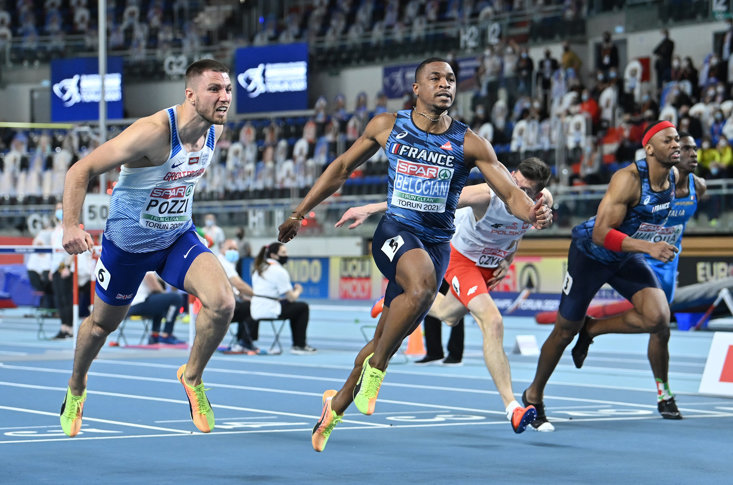 The men's and women's 60m hurdles turned out to be a brilliant start to the British medal rush on the last day as reigning world indoor champion Andrew Pozzi was involved in a fine duel with French former world junior champion Wilhem Belocian.

Side by side there was never more than half a stride in it and at the line Belocian out-dipped his rival 7.42 to 7.43. It was an excellent time and run from Pozzi, who says he's now in the best shape of his life for the outdoor campaign.

In the women's final there was double delight for experienced British sisters "Cindy" Sember and veteran Tiffany Porter. Former Olympic finalist Sember has bounced back from a torrid series of Achilles issues, while Porter has returned from maternity leave and is beginning to show the kind of form which took her to global outdoor bronze in Moscow 2013.

Former heptathlete Nadine Visser successfully defended her title with a fantastic world leading 7.77, but Sember and Porter took both the other podium positions with 7.89 and 7.92 respectively. A great end to the weekend for them.

The day's other British individual medal came from Jamie Webb in the men's 800m. As with Hodgkinson in the women's four-lap race, it was slow at the start and the Liverpudlian teacher Webb wasn't afraid to take it on. Despite the strong Polish duo of former 400m hurdler Patryk Dobek and Mateusz Borkowski coming past him for gold and silver on the last lap, he hung on in fine style for the bronze.

Encouragingly, that made it 10 individual medals for British athletes and with a silver and bronze in the women's and men's 4x400m relays, the overall tally of 12 podium performances and third on the medal table was an excellent return from the 46-strong team.

This indoor winter campaign has been a great success on a number of levels. Now it's time for the outdoor season and the countdown to Tokyo.