After two uncharacteristically early exits last month, snooker's world number one Judd Trump is back on top today following an emphatic defence of his Gibraltar Open title in Milton Keynes on Sunday night.

A lot has changed since Trump boarded his flight back from ‘The Rock’ with the trophy and a cheque for £50,000 this time last year. Little did any of us know at the time it would be the last snooker tournament on foreign soil for a very long time.

Yet despite the upheaval and the tour having taken up an almost permanent home in Milton Keynes over the last 10 months, one thing has remained pretty consistent, and that is Trump's form. At least, it was until a little wobble in February.

Iran's Hossein Vafaefi knocked him out in the third round of the Welsh Open at the Celtic Manor and then the following week Trump lost a decider to former world champion Stuart Bingham at the Players Championship in Milton Keynes.

Two defeats to two decent opponents is hardly the cue to hit the panic button in a season which had already delivered four major titles, but I must admit to having been slightly worried about Trump when I interviewed him after that Bingham match for ITV. He looked unusually out of sorts, seemed agitated and was on the verge of tears.

Something of nothing I hoped, and from what we saw on Sunday it's business as usual once again for the sport's most prolific winner of the last two seasons. Trump took a little over an hour to dismantle poor old Jack Lisowski in their third head-to-head ranking final of the season. 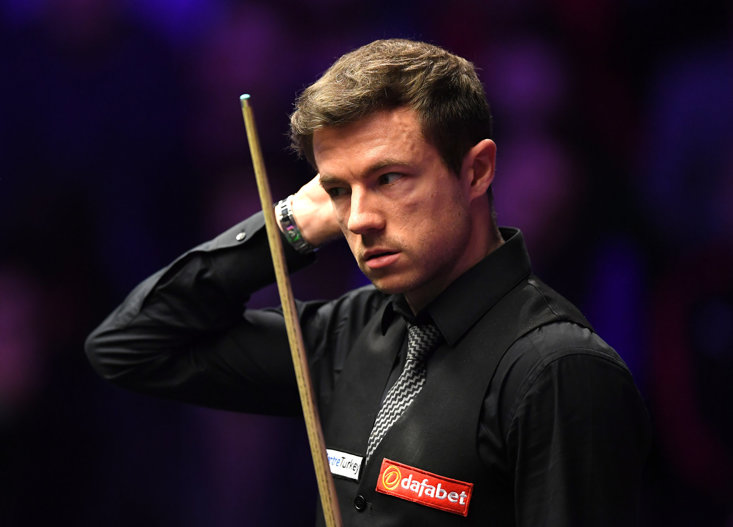 LISOWSKI COULD DO LITTLE TO STOP TRUMP

After registering his 70th century of the campaign so far for a 2-0 lead, there was a flicker of hope for the ‘Jackpot’, who was at the table putting together a very useful break in the early stages of the third.

But crucially Lisowski missed a pink to middle left which effectively ended his aspirations of finally landing a big title and beating the man with whom he regularly goes on holiday. Trump cleared up and completed the 4-0 rout with a break of 94. It was a display of almost flawless snooker from the 31-year-old, who enjoyed a perfect week.

Not only did he rack up his fifth major title of season, but he also collected a bonus cheque of £150,000 after securing the overall European series victory. He now joins fellow left-hander Mark Williams as joint fifth on the all-time list with 22 ranking titles.

Watching Judd and Jack over the years it's clear neither likes playing the other, especially in finals, but it is a sign of how far Lisowski's game has come in the last 18 months that this was their third major showdown in as many months.

Lots of sportspeople talk about being mates, but theirs is a genuinely close friendship, hence the muted celebration from Trump, who with three events left this season has a chance to match and maybe even surpass his amazing record of six major crowns in a single campaign.

As for Lisowski, I know I'm not alone in thinking the likable Cheltenham player will eventually get over the line in one of these big ones, but it has been his misfortune to have come up against Trump in his last three finals, having lost his first three to Neil Robertson (twice) and Mark Selby. Such is the standard on the tour at the moment he will almost certainly have to beat a proven champion en route to a major crown. And he's more than capable.

Both players will be hoping that when that breakthrough does eventually come, it's a match that Trump is watching rather than playing. But then again in a funny kind of way, wouldn't it be almost perfect if he was across the table…