Snooker
News
There's enough evidence to show that the Cheltenham player could get on a roll at the 2021 Betfred World Snooker Championship
Rob Walker
10:00, 03 Apr 2021

Jack Lisowski has never had a better chance to shine in Sheffield than this year. The Cheltenham player has come of age this season, firmly establishing himself in the World’s top eight on the one year list.

While he’s lost all three ranking finals he’s contested with his best mate, Judd Trump, there has been enough evidence to show that if the snooker gods align he could get on a roll at the 2021 Betfred World Snooker Championship.

Selling sports players like Lisowski is important. He’s easy going, disarmingly honest and – perhaps most importantly of all – he has massive natural talent.

Legendary snooker commentator Clive Everton famously used to say the best players in the world can make the game look easy, but only Ronnie O’Sullivan could make it look preposterously easy. When he’s on form, Lisowski is in the same bracket as the Rocket.

He is a joy to watch in full flow and it is perhaps because top pundits can see that huge potential, that he’s sometimes been given a hard time from them on air when he hasn’t delivered. To such an extent that earlier this season he revealed in one particular press conference that his close family members sometimes prefer to watch his matches on mute so as not to become upset or frustrated with the commentary.

Happily, I think there has been growing respect for what he’s achieving on the table recently and if they’ve been tuning in over the last six months, I’m sure they would have enjoyed what they’ve heard as things on the table have clicked.

Of the three finals he’s played this season, his best performance came in the first – December’s World Grand Prix. He was trailing World Number one Trump 7-2 but reeled off four frames in a row to reduce the deficit to 7-6. I think against anyone else, Lisowski would probably have gone on to win the match. Trump had to produce a brilliant break to stop his friend’s momentum and pull away.

At the German Masters and Gibraltar Open the score lines were more one sided in favour of the man with whom he often shares holidays, but Lisowski has reached a level of consistency which should serve to raise his self belief and confidence in the big moments to come.

That makes it six major finals now without victory and cynics would argue that proves he’s a choker. I disagree.

In his first three finals Lisowski lost twice to Neil Robertson and once to Mark Selby, while Trump is in the richest vein of form of his life after an unprecedented run of success dating back to his first Northern Ireland Open victory in November 2018. On every occasion so far he has come up against one of the greats and I think his day will come. 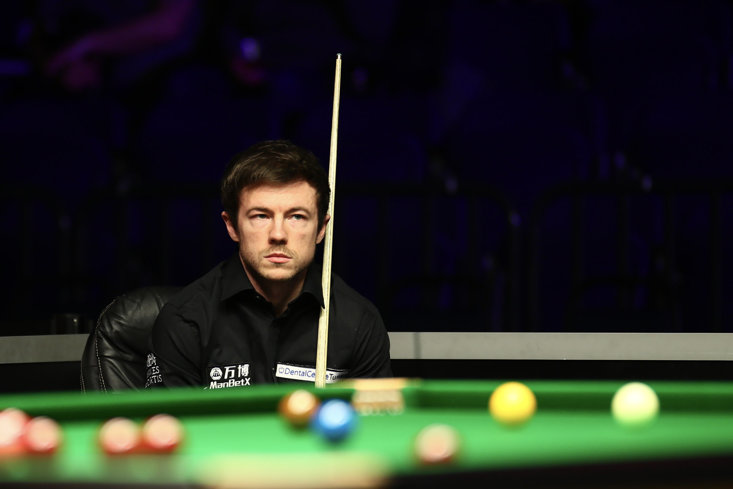 It’s also worth bearing in mind that deep down Jack Lisowski is a sensitive soul and there are still some metaphorical scars left over from the cancer treatment which thankfully helped him beat Hodgkin's Lymphoma as a teenager. When someone young overcomes a major illness, there can sometimes be an assumption that it throws a permanent philosophical light on everything they do, as if nothing they ever deal with after that could cause them a problem or moment of doubt – thereby increasing their ability to cope with pressure moments in sport.

The reality is that only those who have experienced such a situation will truly know what that feels like and everyone reacts differently. I recently interviewed Jack and he revealed he still has moments of anxiety around whether he will remain in good health.

Tellingly he also said he feels very strongly that if he can one day win a major title, it would act as a moment of inspiration for those currently undergoing treatment for similar illnesses. His work for the Teenage Cancer Trust is clearly very important to him. Such is the mark of the man.

In terms of his crucible history, we definitely haven’t seen his best yet.

This year will be his fifth World Championship and after losing to Barry Hawkins on his debut back in 2013, the only match he’s won in Sheffield was in 2018 when he beat former winner Stuart Bingham 10-7 (before being thrashed 13-1 by John Higgins in the last 16.)

Defeat was served at the hands of Ali Carter in 2019 and last year he came up against a rejuvenated eventual semi finalist Anthony McGill, recovering from 5-2 and 9-6 down to force a decider, only to lose on the final pink. But I know I’m not alone in thinking it feels different with the Jackpot this year.

Alongside the run to the three ranking finals, he has also made his first appearance in the Quarter Final of a triple crown event at the 2020 UK Championships, beating Xiao Gouding from 2-0 down in the Last 16 before losing to his compatriot Zhou Yuelong 6-4.

Further encouraging signs from a player who had lost his previous four attempts to make it beyond the fourth round of one of Snooker’s “Big Three” (the Worlds, UK and Masters).

Wherever you look it’s good news for Lisowski, whose life away from the table is also continuing to move in the right direction as well. He and his wife are planning to buy their first home and with every successful tournament run, their search and options widen.

There are many people in the sport who sincerely hope Lisowski can find one more spark at the end of his most successful season on tour. He is yet to show us what he’s really got at the Crucible, so maybe this is finally the year he can dig deep on the sport’s most important stage. After all, that philosophy on life has served him well thus far.