Snooker
News
The seven-time world champion was back on Tuesday after nine years
Rob Walker
11:17, 03 Mar 2021

Occasionally in life you can find yourself with a metaphorical itch that defies resistance. And on Tuesday night, after nine years in retirement during which he's forged a very successful secondary career as a pundit and commentator  - and watched Ronnie O'Sullivan surpass almost all his long-standing records, seven-time world snooker champion Stephen Hendry finally succumbed to temptation and picked up his cue again.

It wasn't to be a winning return in the end, but the steely glint was back in the eye and he more than justified the decision to step into the snooker spotlight once more.

The story goes that the seed was sown during a round of golf with World Snooker chairman Barry Hearn late last summer. The Essex sporting promoter (recently awarded an OBE for services to sport) knew what he was doing when he dangled the carrot of an honorary two-year tour card in front of the 52-year-old. The challenge was accepted by the 36-time ranking event winner.

And yet for a variety of reasons - including him first citing he wasn't ready and then a misunderstanding with the online registration process for the Welsh Open -  we had to wait until one of the last events of the season to see the Scot back in action.

The stage - rather predictably for this Covid-hit season - was Milton Keynes, the designated home for the 2021 Gibraltar Open. The man destined to be sitting on the other side of the table turned out to be good friend Matthew Selt, winner of the 2019 Indian Open.

As interest has grown in recent months, the sport's dominant force of the 90s has been inundated with interview requests searching for the reasons why he wants to go through this all again. I don't think he has unrealistic aspirations of winning another world crown in his 50s (especially after almost a decade away from the sport) and I also don't think he is driven by his ego or financial reasons.

It's simpler than that.

Last year Hendry started working with Steve Feeney, who runs a coaching concept known as ‘SightRight’. So far, the highest-profile beneficiary has been Mark Williams, who was working with Steve when he captured his third world title and his first for 15 years in memorable style back in 2018.

Hendry says he is now hitting the ball better than he did when he retired in 2012 and he wants to see if he could once again make it to the Crucible. Bearing in mind he reached the quarter-finals that year with a 147 enroute, that's quite some statement from the Scot. 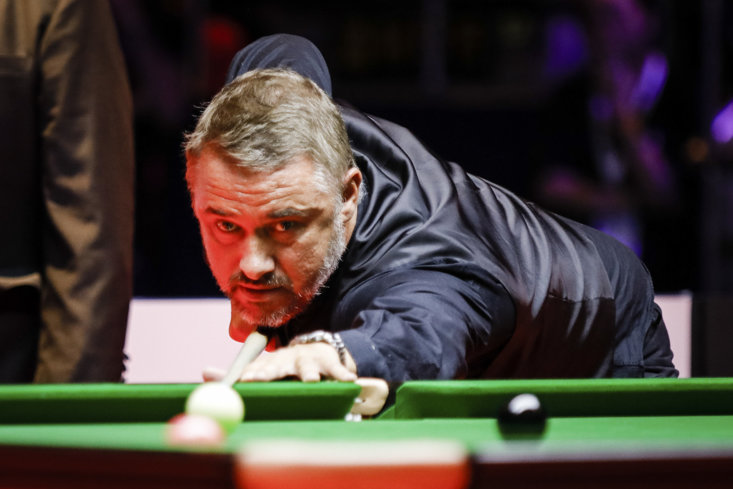 There was evidence of this form when he played at the World Seniors at the Crucible last August. The four-day event was staged at the sport’s iconic venue for the second time, and Hendry's involvement generated added publicity and interest.

He eventually lost to Jimmy White in the semi-finals, but in his run to the last four he put together some of the best-looking breaks we've seen from him in a while. I was working at the event and there were definite hints of the old Hendry swagger as he perused the table in full flow.

Since then the news of his return has caused ripples of intrigue and anticipation to spread far and wide in the sporting world.

He confirmed to ITV on Sunday that he was nervous, excited and going into the match with no preconceived ideas at all. What he did say was that he couldn't wait to get back out there and feel the adrenalin of professional sport once more.

So imagine how healthy Eurosport's viewing figures would have been last night when he walked out for his first professional match in nine years, facing a good friend in a best-of-seven encounter. This was the perfect setting.

It was fascinating to watch. And whilst we don't need to feel sorry for Matthew Selt, who is a big character never short of a word or two, the pressure on him was considerable.

Until this match they had only met twice before, Hendry winning 5-2 in the third round of the 2009 Grand Prix, but then suffering a 5-1 defeat two years later in the last 16 of the inaugural Australian Open.

Honours even then, but this match was almost a decade on from their encounter down under - a lifetime ago in the world of professional sport and retirement!  Selt has also had a mediocre season by his standards so far, with runs to the last 32 of the Northern Ireland Open and Welsh Open respectively his best returns from the current campaign.

But in January he showed good form at the short-format Championship league with victories over former world champions John Higgins, Graeme Dott and Mark Selby, and this was undoubtedly a match he was expected to win.

Judging by their demeanor when they walked into the Marshall Arena, both men were relieved that the time had finally come to stop talking about the match and actually play it! 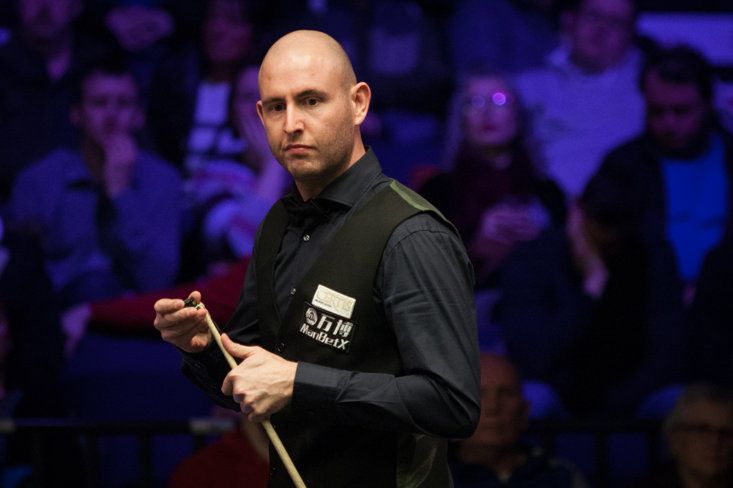 MATTHEW SELT WAS A WORTHY WINNER

There were signs that Hendry was in the groove during the opener even though he lost it, with some excellent pots including a brilliant blue to the green pocket. And any doubts as to his current class were definitively banished in the second frame.

A mistake on the brown from his opponent let the Scot in, and despite having only a handful of reds to work with in open play, he conjured a superb century break, the most eye-catching moment of which was an acute angle red which he cut into the middle left pocket to keep the break going, having already secured the frame.

It marked his first foray into three figures in professional snooker for almost a decade and took him to 776 career centuries. It also sent Selt a message that he had a match on his hands, and in fairness the world number 35 responded brilliantly under considerable pressure.

His long game in particular was top class and with an overall pot percentage which never dipped below the high 90s he showed no lack of character, taking the third frame with two visits of 65 and 50 and the fourth with a break of 48.

At 3-1, you sensed the match was there for the younger man and a slice of luck contributed to him getting over the line with breaks of 41 and 42 in the fifth frame.

But the 4-1 win was fully deserved and Selt's reward is a second-round meeting with Barry Hawkins.

Afterwards the 35-year-old spoke of how delighted he was that he hadn't choked under the pressure of being expected to win, and he also seemed genuine when he stated he was glad his good friend had shown his class with that break of 107 in the second frame.

Hendry was complimentary in return, and philosophical on what needs to improve if this comeback is to continue moving in the right direction, highlighting his need to work on long pots and a few loose safety shots.

So what now for the King of the Crucible?

Off the table he'll continue providing his frank and insightful analysis as a TV pundit and commentator and, as a newly-restored professional player, it's eyes down for the World Championship qualifiers which start on 7 April.

To achieve his goal and make it back to the Crucible for a 28th time, Hendry will need to come through four gruelling matches in Sheffield, and as Ronnnie O'Sullivan can confirm having lost to the world number 81 Jordan Brown in the Welsh Open final last month, the strength and depth on the tour is second to none at the moment.

Hendry clearly knows he'll have a job on his hands if he is to once again walk down those famous Crucible stairs with a cue in his hand, but two things are certain after watching last night. He'll have fun trying, and we'll enjoy watching.

Long may the comeback continue.